Season 9 is here and I cannot wait to try out Valkyrie. The Arena would be the new game mode which is very similar to Counter-Strike, just that we still have to go on with a 3-man squad. Let’s be honest amazing shooting abilities will actually get you nowhere in Apex Legends.

It is your ability to shoot combined with how quickly you can think and form strategies for your team depending on the situation. When it comes to a 3 v 3 situation strategy would actually be more important than ever.

Which weapons to use? Which characters to use? How to manage your economy would be the most important aspect of the Arena. Therefore let’s check out what could possibly be the best and the most meta Arena strategies you use. 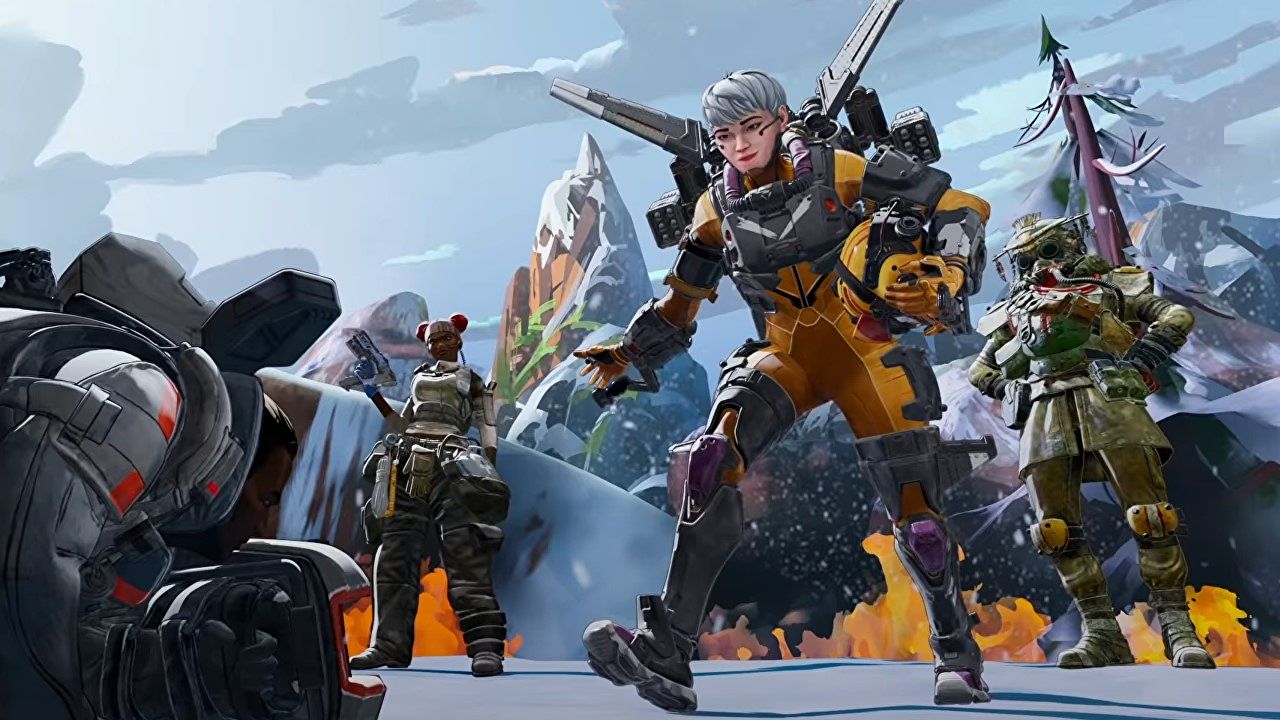 There are several different ways you can plan out your attack or defense in the Arena. Most of them will depend on the situation which I would not be able to explain. But there are a few tricks that you must know in order to get an advantage over your enemy always.

This is perhaps the ultimate tip that I am about to share with you. Get your Crafting Materials no matter what. They will be placed at an equal distance from the spawn point of both teams. What you need to do is to get the crafting materials before the other team does.

It’s okay if you lose a round but this will give you 200 economy each. A kill gives you 75. With this, you can buy better weapons and better utilities or skills to get a win in the next round. Managing money for the whole team would be crucial. Remember, you do not retain your weapons or items after the round. So you would have to buy everything all over again. Imagine how tough life would be if you do not get these materials.

I am pretty sure the meta strategy would be to get to the Crafting Materials as quickly as possible. Or holding them so that the enemy cannot get them. The fight would probably be around the area of the crafting materials where both teams would try to take away the materials. Make sure you have a person in your squad who can quickly get this done.

Supply Bins could definitely give you the advantage. If you manage to open the bins before the opponent you will get free shield batteries and phoenix kits. This would help you last longer in the battle. Therefore make sure you have a person in your squad who would aim at getting to one of these supply bins and opening them.

Apex Legends was never designed for a closed space 3 v 3 type combat game. Therefore not all characters would be useful in the Arena. I would rather say not all abilities would work the same way. In other words, the characters would not be balanced for Arena.

The thing is to know which abilities could work out well. You would find that there are some Ultimate Abilities that would be useless while some passives and tacticals would be more useful. The ability cost will not be the same for all characters. It will differ according to its utility. Similarly, ability slots will also differ according to the usefulness of the ability. I did not get the time to play all characters and see which abilities cost the most and the least.

So you have to work out a plan depending on your character specifically. Valkyrie for instance will get 3 slots for her tactical 2 of which you can buy for 200 each and one is free. The Passive is free for every character with a cooldown.

Which Character is best for Arena?

Well, like I said before Apex Legends was not built for a closed 3 v 3 combat style gameplay. The character designs would not always benefit you in the Arena. But there are specific characters that I feel would be meta for the arena.

I know I could be getting a lot of hate for this but her Ultimate would be useless in a short and closed map. She takes more damage and the only thing that could work for her is when she could run away to safety. Basically, you would not be helping your team if you take Wraith.

Which Guns are best for the Arena?

Therefore buying SMGs and rushing them with proper motion so that you do not get hit would be the best thing to do. If they are using SMGs and then try to keep a distance and use assault rifles with a 3x scope. Basically, you need to use counter-weapons. Weapons like the Spitfire is cheap and currently working quite well in the Arena.

There you go, the best tips to play much better in the arena. The meta of the game keeps changing. There could be a possibility that whatever I told you could very well change in a few weeks. As people discover more stuff and more exploits the meta of such game modes will always keep changing. However, the tips you have here will surely get you through the initial weeks or maybe more. Enjoy the game.