This guide will help you get the best performance out of the new game Stray while retaining its visual depth as well. 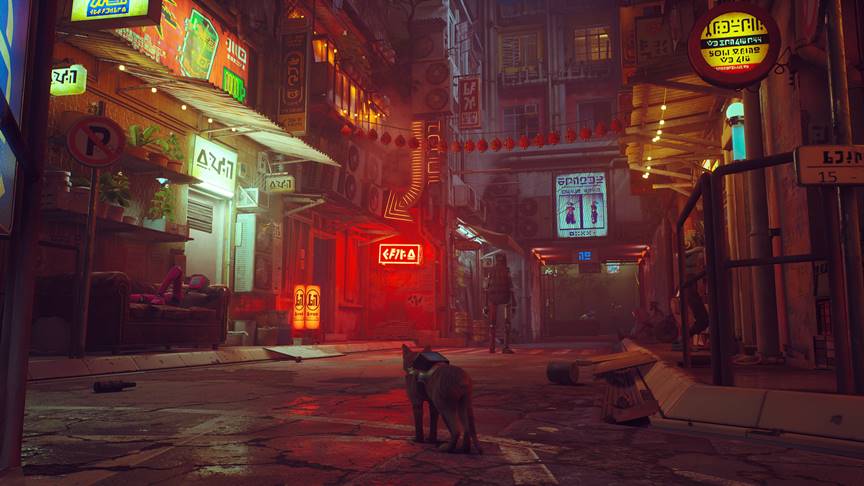 Stray is a 2022 adventure game developed by BlueTwelve Studio and published by Annapurna Interactive. Lost, alone, and separated from family, a stray cat must untangle an ancient mystery to escape a long-forgotten cybercity and find its way home.

Yes, you play as a stray cat and the best thing about the game is the unique concept it runs on. I would personally never get bored with this game and let me tell you there is a dedicated “meow” button that makes things even cuter.

However, the game is built on Unreal Engine 4 which is known to have caused stuttering and performance issues on PC with previous games. This one however works pretty fine if you could adjust the settings correctly according to your system specs.

Before we hop into the graphics settings let’s quickly check out the requirements. There is no point trying to force-run Stray on a system that is not strong enough for it. You would never be able to run it smoothly.

These are the System Requirements for Stray according to Steam. It is recommended that you have a setup anywhere equivalent to or better than the recommended one to enjoy maximum performance with decent visuals. However, going lower you may have to play around with the settings a bit just to make sure you run the game smoothly.

Let’s talk about the best Graphics settings you could use for this game provided you have a setup not as good as the recommended or somewhere in between the minimum and recommended.

Well, there aren’t many settings to play around with, but I am sure this would give you fair enough performance along with decent enough visuals.