Wondering what could be the best and the most consistent Long Shot farming location in the new 24/7 map Echelon? Well, you have come to the right place. 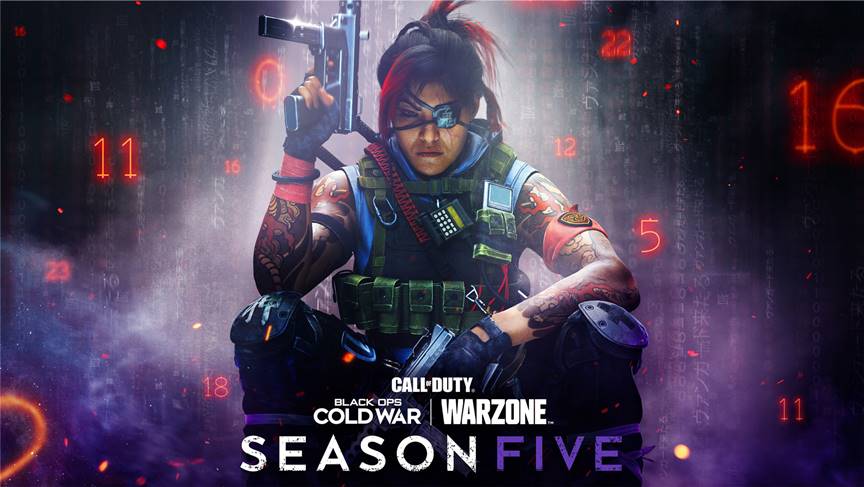 Season 5 is here guys and the new 24/7 map Echelon looks really well designed. The map is not as easy as Nuketown or Hijacked and definitely going to be a challenge initially. The Echelon is quite like Satellite when it comes to range. This map has a lot of long-shot farming places but unlike Satellite, most of the long-shot locations are not as consistent as it should be.

Long Shots basically depend on the weapon you use as well. Long shot medals for SMGs will require a lesser range than ones for rifles and snipers. We are going to talk about the places where you can farm these long shots consistently. Rather let’s call them safe camping locations. 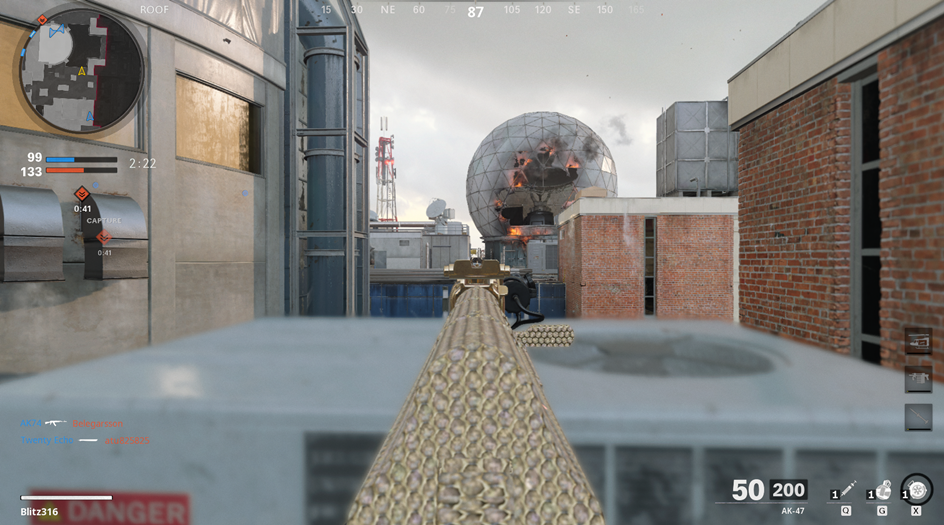 If you are on the Roof near the A spawn look towards the Radar at the C Spawn. You will come across a lot of enemies trying to farm long shots from the other end. Be careful about the snipers peeking from the Rader up there. I would recommend a High Zoom scope to get a better view of the enemies. 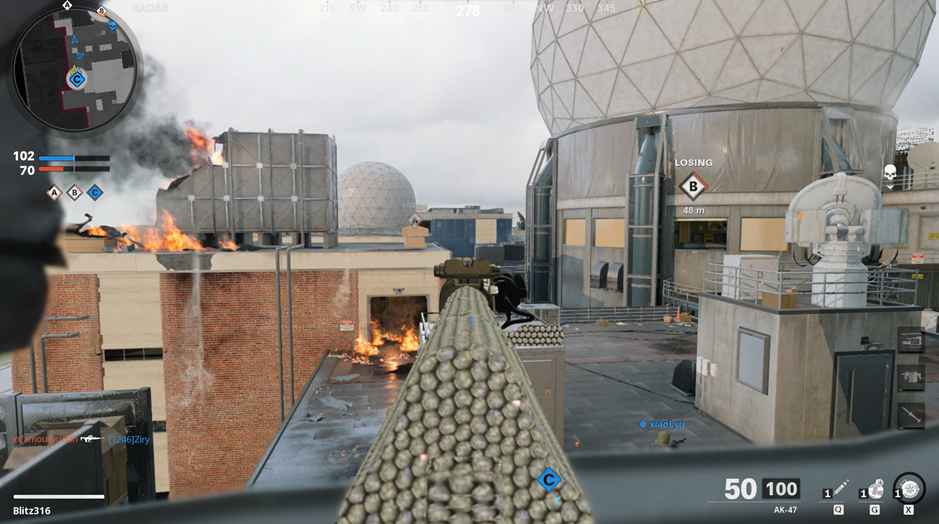 Just opposite to the roof would be the Radar which is perhaps the best long-shot camping location on the map. It is safe. Just put a field mic near you and you will be able to see any enemy trying to climb up the ladder to take you down. Highly unlikely though to make this spot super safe. 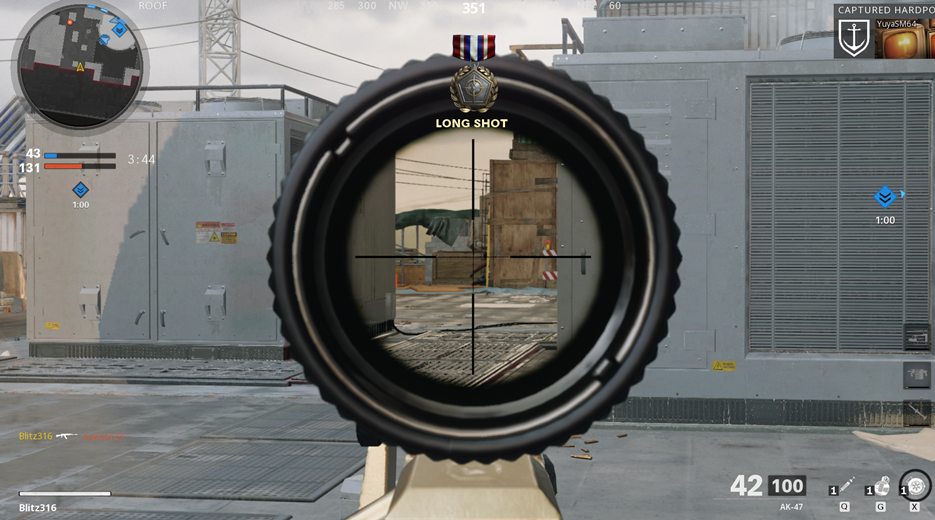 Again if you are on the Roof look towards the area I have shown in the pic. This location is quite safe. However, chances are that you might get taken down from the left side. So be careful. 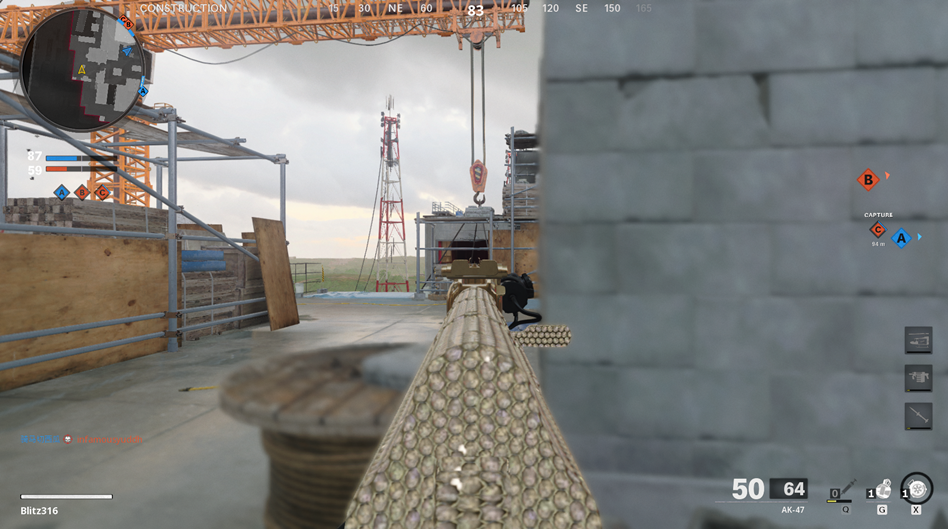 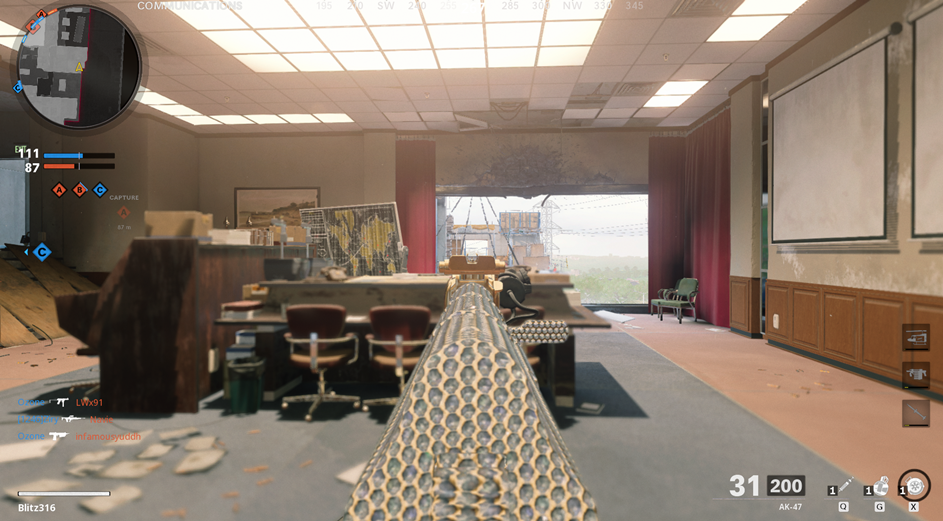 The opposite is also a pretty good location for farming Long Shots. Point directly from the Communications to the Construction. 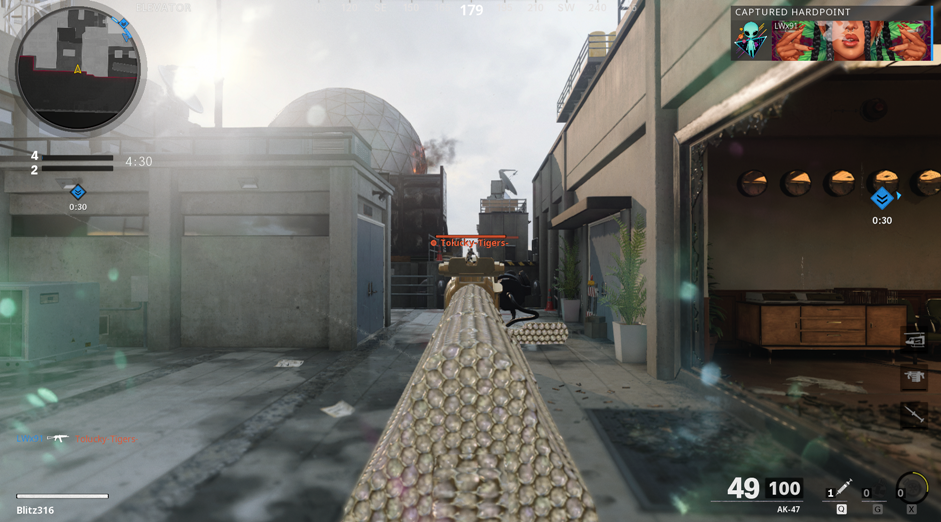 Also, a good location for long shots would be near the Elevator. Although this could be a tough location as you need to take down enemies while they cross. So you have to be very accurate with your aim. You can engage them and when they peek at you take them down.

Well, there you go, best locations in the new 24/7 Echelon Map to farm Long Shot Medals. If this guide was helpful do let us know in the comment section down below. Also share your thoughts on the new map and also let us know what you feel could be a nice long-shot location as well.