Want to know the best camping locations to easily farm long shots in the new 24/7 map – Rush? Well you have come to the right place 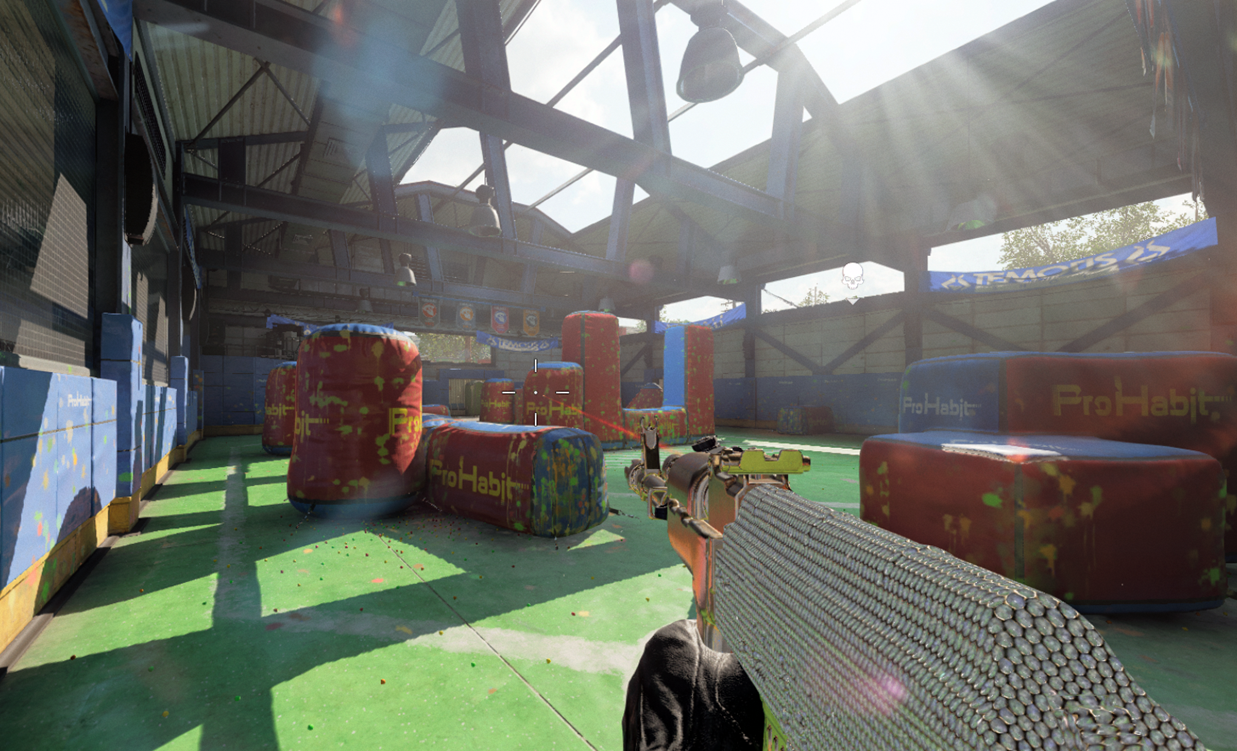 The rush map brings back a lot of memories from Black Ops 2. This was introduced as part of the Vengeance DLC back in Black Ops 2 and finally makes its way to Black Ops Cold War. The old players could not be more thrilled as the map was very popular back in its initial days. However to a new player this map could perhaps be the most confusing map you can play in. You just need to understand the structure of the map first before you can actually be good over here.

I will therefore show you the best camping locations on this map where you can easily farm long shots. I agree with the fact that a lot of us play the game to unlock the Camos. Longshots are a part of it. With Nuketown driven out of the picture as the most consistently played 24*7 map with the release of Hijacked and now that they are clubbed together as NukeJacked (which doesn’t really make sense to me), Rush could be the next best thing out there. Nuketown selection rate is really poor in NukeJacked and not everyone is fond of the Hijacked map.

Best Areas on the Map to Farm Long Shots :

The Rush map is actually a map where you can consistently get long shots. Basically deals with more mid and close-quarters combat. However, there are some locations where you can easily set camp and get them long-shot medals.

Long shot medals depend on the weapon you are using. The SMGs have a pretty lesser Long Shot distance requirement than an Assault Rifle and a Sniper. Pistols have an even lower range for long shots. Here are some places where you can actually get Long Shot medals with every major weapon class. 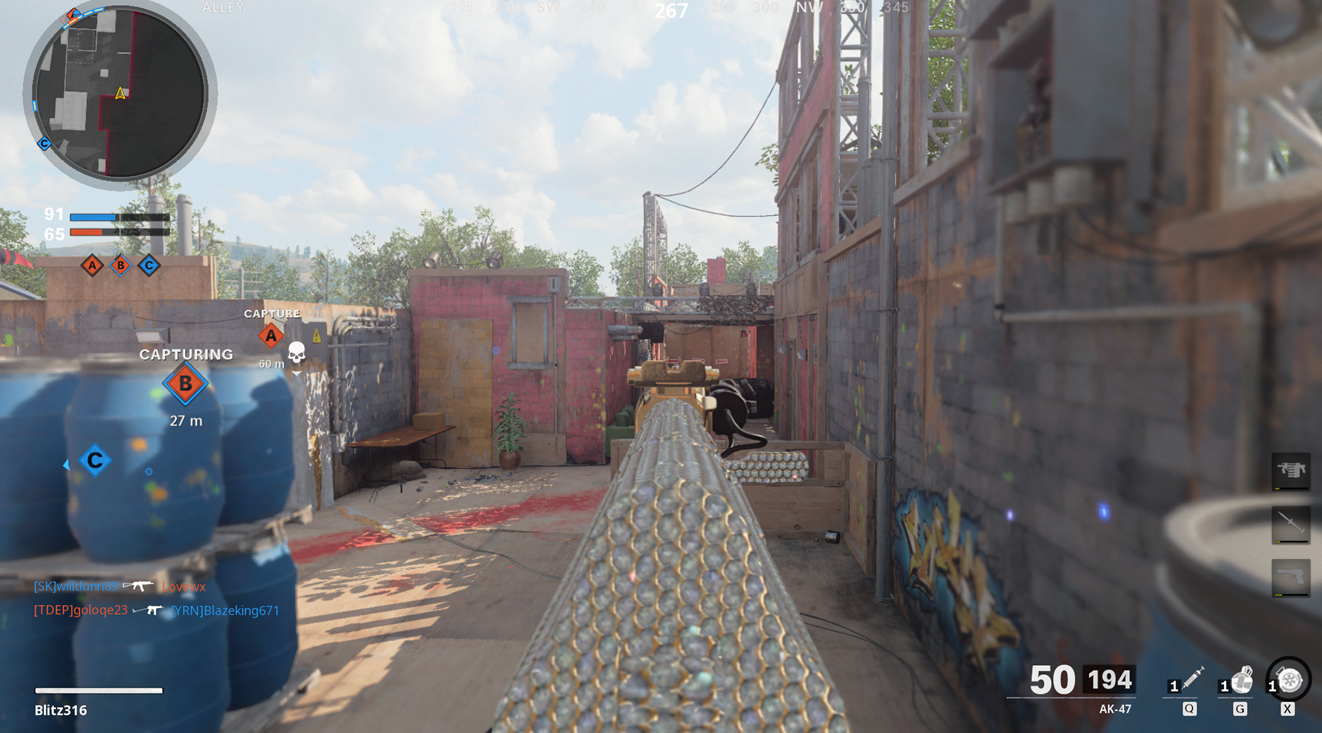 Just near the C Spawn, on the right-hand side, you have an entrance to the Alley. Sit on one of the Blue Containers in the right corner and aim at the spot given in the picture. Enemies appearing from there will easily go down for Long Shots. However, be careful about enemies sneaking in from the left side. Have a Field Mic setup just in case. 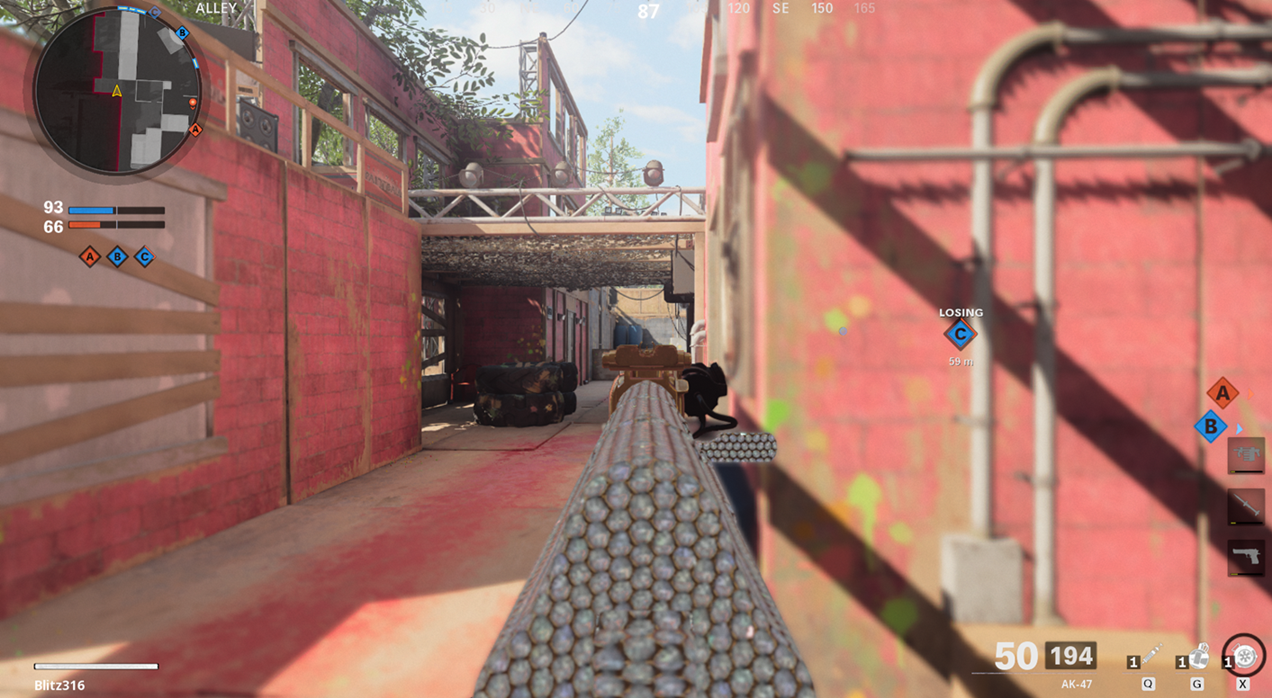 The opposite of the location you see above is also a great long-shot camping spot. Enemies appear from the right. Point at the area shown in the picture and you are guaranteed to get a lot of long shots. However, if the enemies move in closer will reduce the distance thus not making it a long shot anymore. You have to kill them the moment they appear. Use a High Zoom Scope like the Axial 3X Scope or a 2x zoom scope. 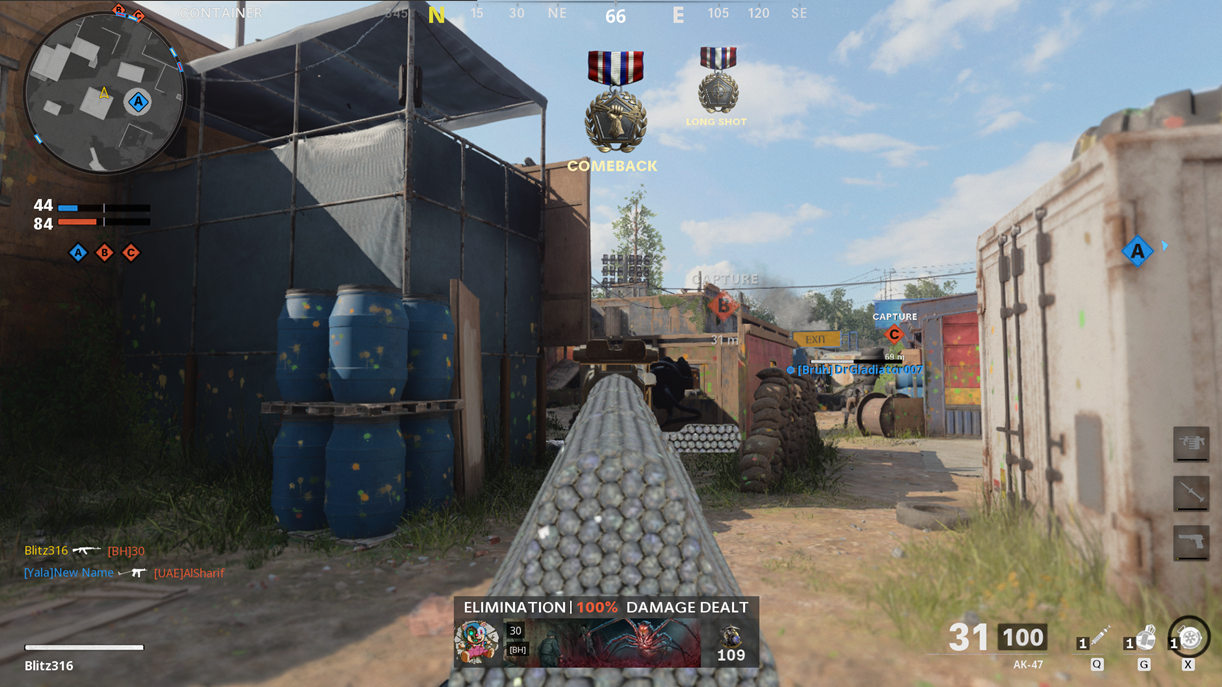 Just left to the A spawn there will be a Blue Container hence the name of the spot. Make sure your back touches the container as you aim at that little window I am pointing at in the picture. One of the best places to farm long shots as enemies keep peeking through that window. Also, be careful about enemies sneaking in from the Arena on your right. 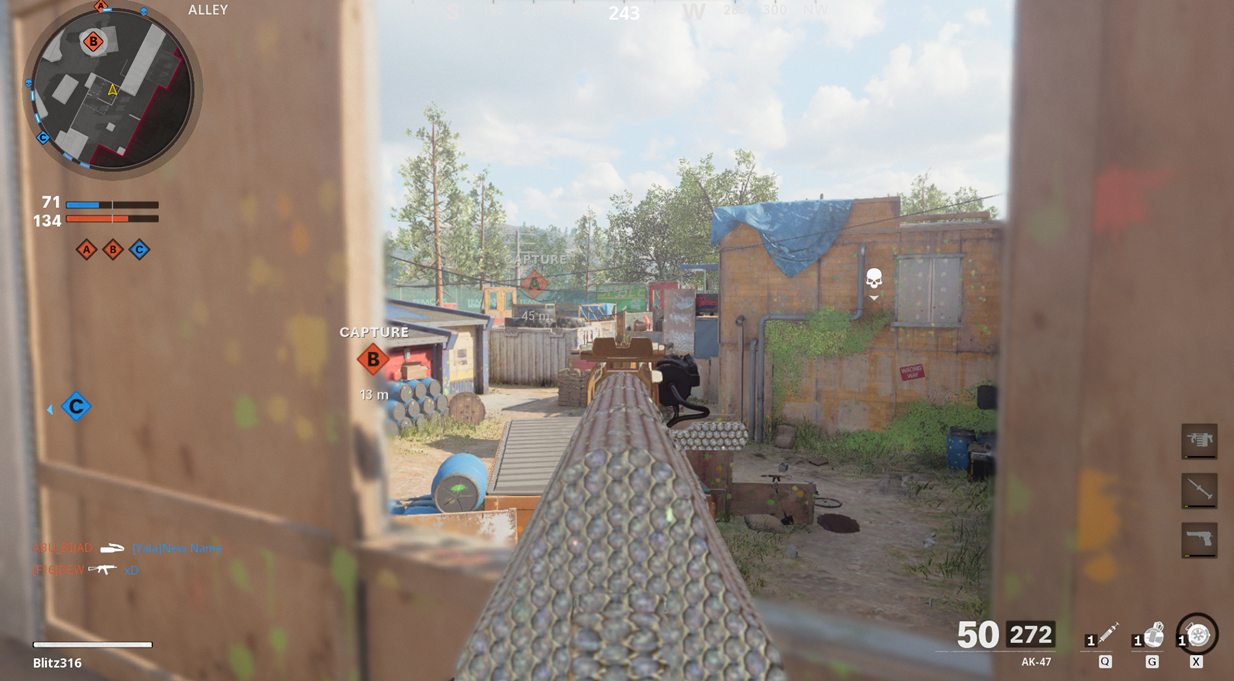 The opposite side is also a great place to farm long shots. It is basically a window hence enemies see only your torso. Aim at the area of the containers towards the A Spawn like I have shown in the picture and I promise you will get plenty of long-shot medals from this location. 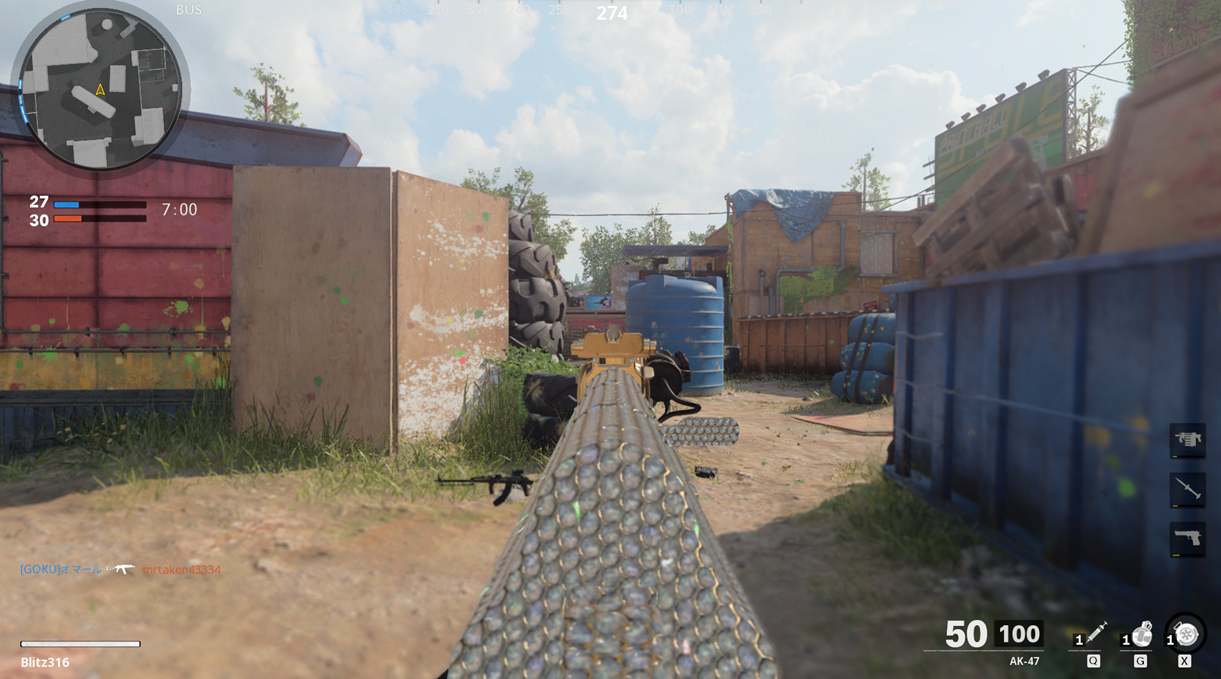 Go to the Bus Location near the C Spawn and aim right at the little window located ahead of the B site. This gives you easy Long Shots as snipers often peek from that window. This location is also pretty safe. The opposite side to this location (to where I am pointing in the picture) will also give you a long shot medal if you point at where I am standing in the picture. 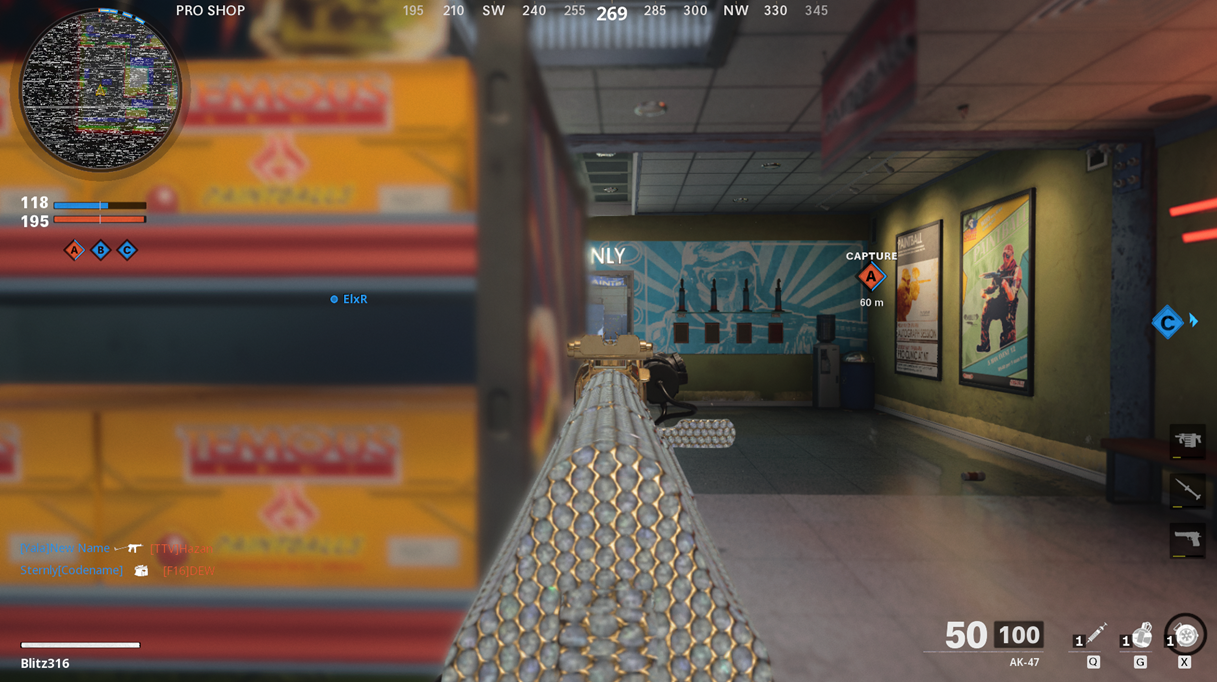 Some players love to play from the Pro Shop and the Arena. These are people who are hungry for easy backstabs and flanks. So point towards the arena from the spot I have shown in the picture. Players will try to peek at this spot as it is a common place for snipers to stop the flankers, therefore, gives you easy long shots. 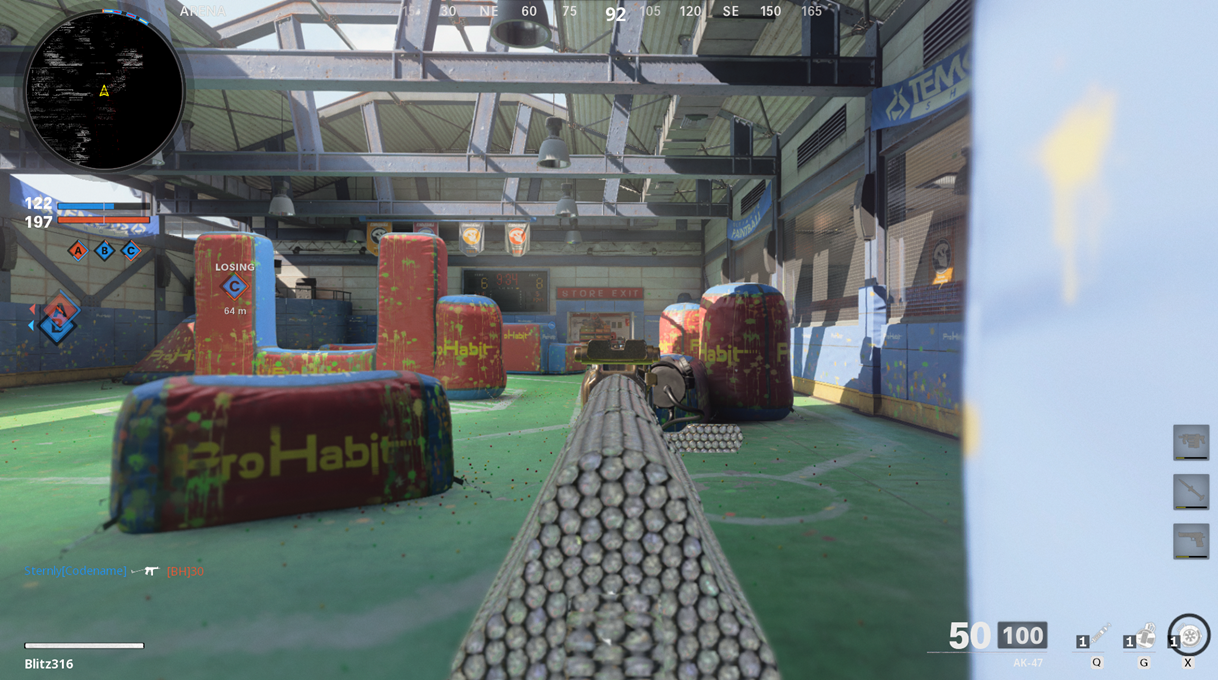 The Arena is perhaps the best-looking area on the map. While some enter this place just to enjoy the great visuals and some actually use the Arena for easy flanks and backstabs. Point towards the Pro Shop from this spot in the Arena as I have shown in the picture. Best way to stop people who love to use this part of the map for easy takedowns. Also gives you Long Shot Medals when you take down an enemy in the location where I am pointing at.

There you go guys, best places to camp and farm long shots are in the new 24*7 Rush map. If you feel this article was useful do let us know in the comment section down below. Also, share your thoughts regarding the new map.