Are you looking for a decent build for the new BAS-P SMG in Call of Duty Modern Warfare 2?

Well, this guide will help you with the perfect BAS-P Class Setup which would let you take down targets within seconds. 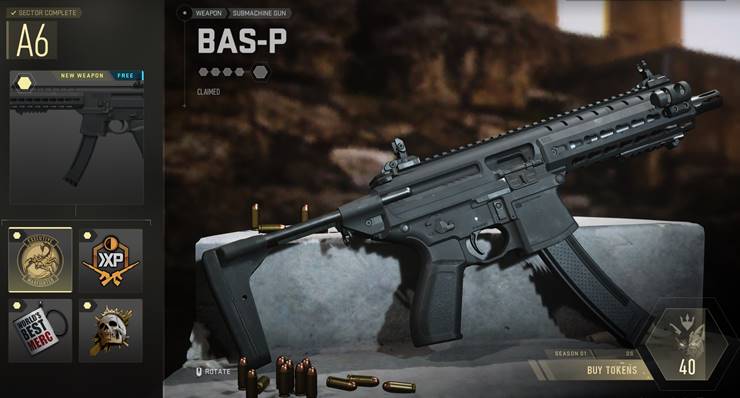 Call Of Duty Modern Warfare 2 Season 1 is finally here. Although I expected the Battle Pass to be a little better. But, I would not say it is that bad. The new weapon blueprints look pretty cool, especially the final M4 Blueprint.

The Battle Pass this year is quite different from what we used to have in previous titles. There is no linear progression anymore. Instead, we have sectors that could be unlocked with Battle Pass Tokens.

If you want to know how you could earn Battle Pass Tokens fast then check out our guide.

The new concept is pretty fun as it lets you select the rewards following a specific path. In this way, you could pick up the reward you want the most early on in the Season.

I picked up the BAS-P pretty quickly. It is the new SMG that has been added to the game and can be found in the A6 Sector of the Battle Pass. It is free for all so anyone who does not own the Battle Pass still gets the weapon.

Best Class Setup or Loadout for the BAS-P SMG in COD MW 2:

This weapon kind of comes with a passive ability. Its subsonic ammo hides the kill skulls from the enemy. This could help you be a little bit more sneaky and backstab enemies easily. The fire rate on this weapon is pretty high and it really burns through ammo in no time. 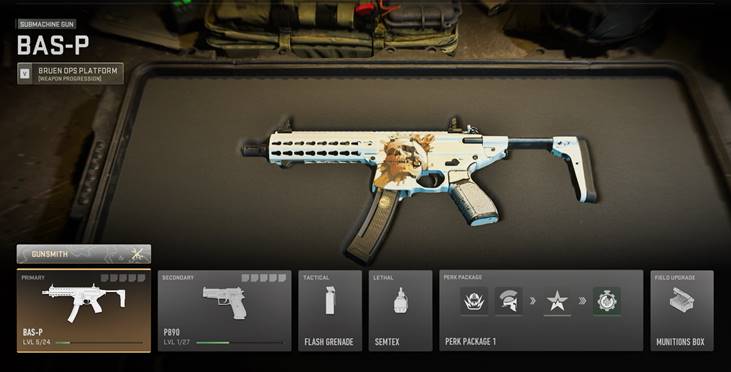 Here is what I feel is the best Class Setup for the BAS-P:

This is the best build you can have for the BAS-P. If you are not okay with the Default Iron Sight of the gun then go ahead and use any Optic you want. You can replace the Magazine with the Optic.

We need the Suppressor for backstabbing enemies. If you do not wish to use the suppressor, then go ahead and replace the Barrel with the Optic.

Hopefully, this build should be working well for the BAS-P SMG. I hope the guide was helpful. Please let us know in the comments section below. Also, follow FPS Index for more COD MW 2 (2022) guide.