Need the best loadout for the Lachmann-556 in Call of Duty Modern Warfare 2? This guide will help you with the best attachments for this rifle. 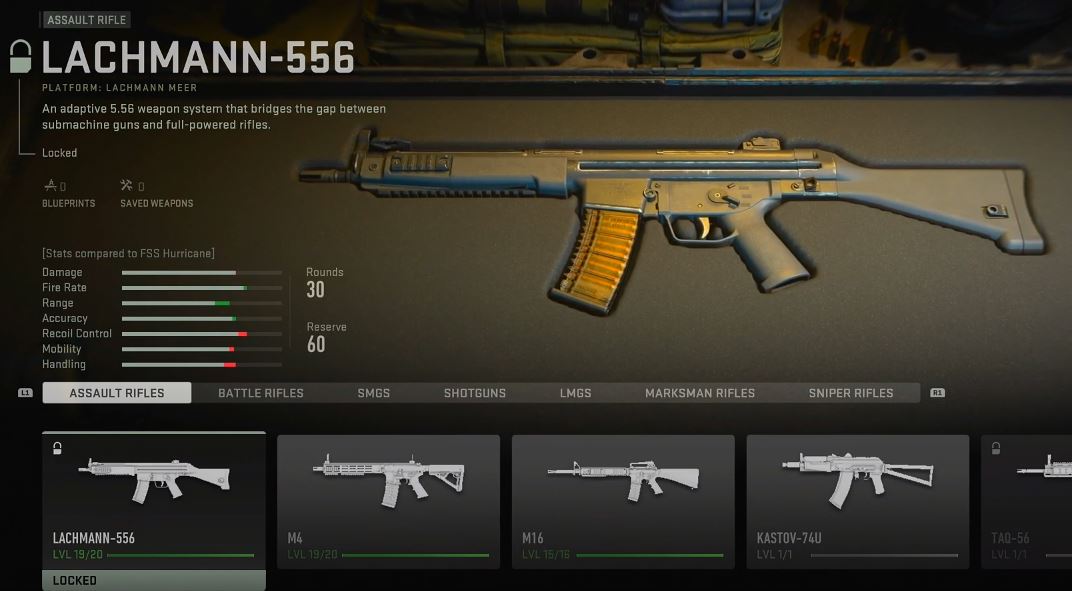 Call of Duty Modern Warfare 2 is set to release officially on the 28th of October 2022. The game drops players into an unprecedented global conflict that features the return of the iconic Operators of Task Force 141.

We are now in the Beta phase of the game where most of the weapons would be locked including the Lachmann-556. However, there is a way in which you can unlock this weapon. You may call it a glitch but at the end of the day, you are getting a new rifle to play around with.

Check out our guide on how to unlock this rifle right here.

Best Build for the Lachmann-556 in Call of Duty Modern Warfare 2 :

Here is the best Class Setup for the Lachman-556 which would help you take down enemies easily.

If you are looking for the best Perks along with this setup then use these :

However, if you are on Beta do not change the Overkill perk or else you will lose this gun.

The Lachmann 556 is a really powerful weapon in Modern Warfare 2. The gun is very accurate and works pretty well at mid and long-range. The extra Bullet Velocity would help you take down moving targets. The Suppressor does help with the recoil control while the stock helps you increase movement speed.

I would say overall this should be the best Build that you could have for this gun.