Looking for the best attachments to use for the Lachmann Sub MP5 SMG in Call of Duty Modern Warfare 2?

Well, this guide will help you with the best build or class setup for the Lachmann Sub SMG so that you could easily take down all enemies. 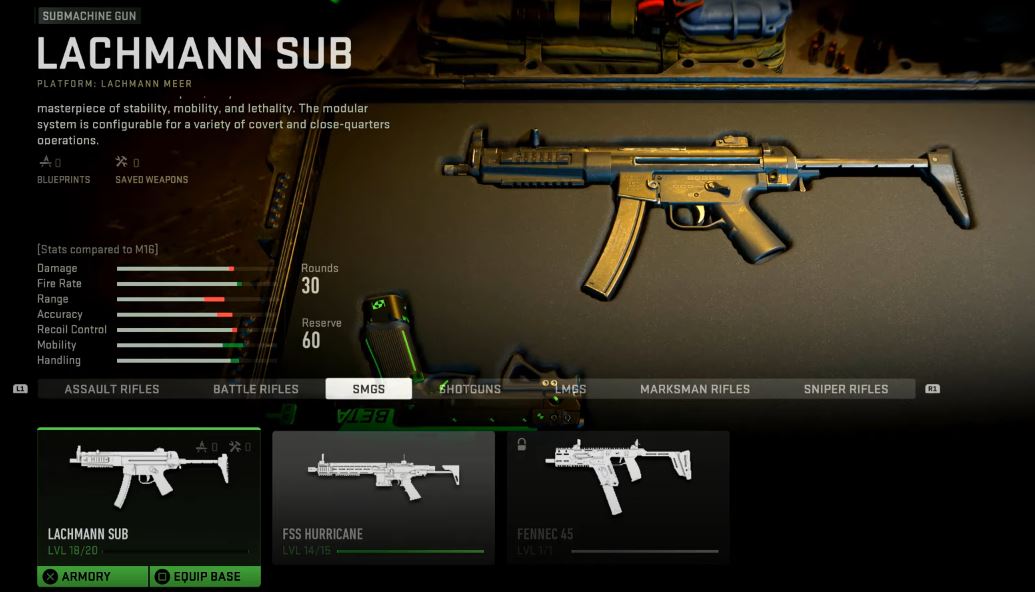 We are currently on the Modern Warfare 2 Beta and I am loving this game already. Even though this is not the final version of the game but I still feel so good about the game. The shooting feels tight, the graphics are amazing and so are the sound effects.

Since we are currently in the Beta version of the game it is normal that we would be having only a few weapons to test like the M4. However, you could still manage to unlock the Lachmann-556 rifle through a glitch you might say.

Click here to know how you could unlock the Lachmann Sub SMG and the Lachmann 556 Rifle n Call of Duty Modern Warfare 2.

The Lachmann Sub is like the MP5 from the previous games. It looks and feels the same. SMGs have always been super powerful in COD games and the MP5 was my favorite weapon in Cold War. So for all you MP5 lovers out there, this is the weapon you are looking for.

If you are in the Beta Phase of the game then do not remove the Deadeye Perk Package which has Overkill as a base perk. Basically, you need the Overkill perk to use this weapon. You can check out the guide we mentioned above to know what I am talking about.