Here is the best, no-recoil build for the SO-14 which would actually help you takedown targets really easily. 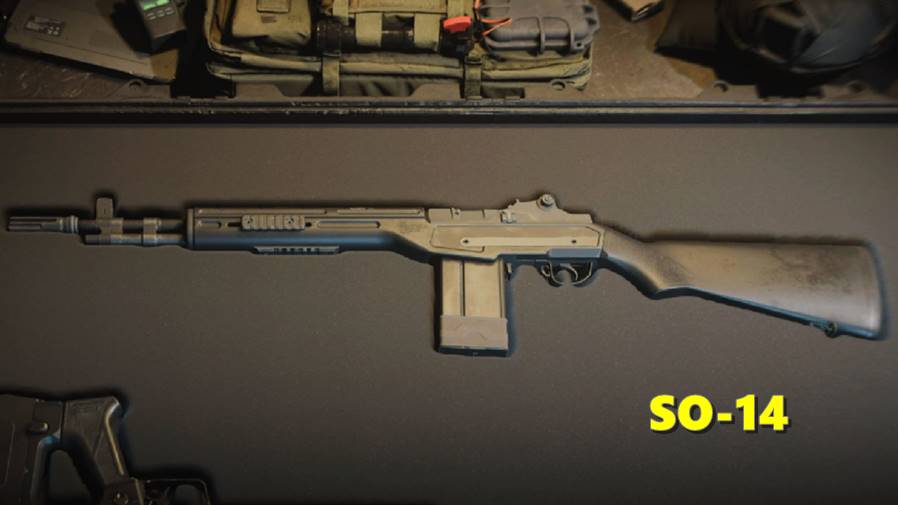 COD Modern Warfare 2 is easily one of the best CODs I have ever played. The game has outstanding visuals and even better gunplay. Kill sounds are super satisfying as well.

The game has so many weapons, camos, and attachments that it might even take a casual gamer over a year to get everything unlocked. It is like a never-ending grind fest.

Some weapons in the game are ridiculously good while some are not. And then, there are these weapons that become really good after you put the right attachments on them. The Battle Rifles fall into this category of weapons.

Unless you get the right loadout or class setup on these, it would be difficult to eliminate targets consistently.

Although I feel that the Lachmann 762 is a lot better than the SO-14. But with the right attachments, the SO-14 is definitely usable. 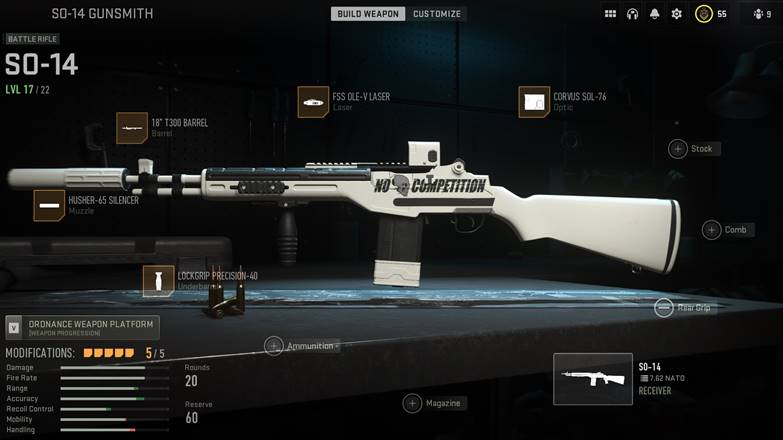 This is a low-damage, high-recoil weapon which makes it very difficult to take down enemies initially. This is why I have used the attachments to deal with the recoil. I would also recommend that you use an Optic with this gun. A 4x scope could work well too.

This is definitely not a gun I would recommend you to run and gun with. You need to camp or hold angles with this weapon. The damage is really low on this so you may want to remove the Underbarrel and replace it with the 7.62 Hollowpoint Ammunition which gives you Crippling Power. Enemies would slow down when they get hit which makes it easier for you to finish them off.

These are the Perks you can use with the SO-14:

Use the Munitions Box or the Deployable Cover as Field Upgrades for this weapon.

That is all you need to know about the best loadout or class setup you can have for SO-14 in Call of Duty Modern Warfare 2.

I hope the guide was helpful. Please let us know in the comments section below. Also, follow FPS Index for more guides on COD MW 2.