Here is a quick guide that would help you make the best Victus XMR class setup in Call of Duty Modern Warfare 2.

Call of Duty Modern Warfare 2 Season 1 looks pretty good. The new weapons that we get are really nice. I love sniping in COD games and I would say this is the best year for anyone who loves sniping.

I remember how back in Black Ops Cold War, sniping used to be pretty bad. Most of the time it would not one-shot an enemy. And if it didn’t, you were most probably going to die unless you took out your secondary and finished off your target.

This is exactly why I stayed away from snipers. Even though I had all diamond snipers, I preferred to use Rifles and SMGs instead. However, this year in Modern Warfare 2, sniping feels a lot different.

You get so many one-shot kills that at times it does not even look fair. Of course, you need to be very precise with your flicks and quick scopes to consistently take down targets but with a little practice, I believe anyone could do that.

The Best Class Setup for the New Sniper Victus XMR:

The Victus XMR is a pretty good sniper indeed. You unlock this sniper in sector A7, as you advance in the Battle Pass. Not the best Aim Down Sight Speed but you can definitely improve that with the right attachments. 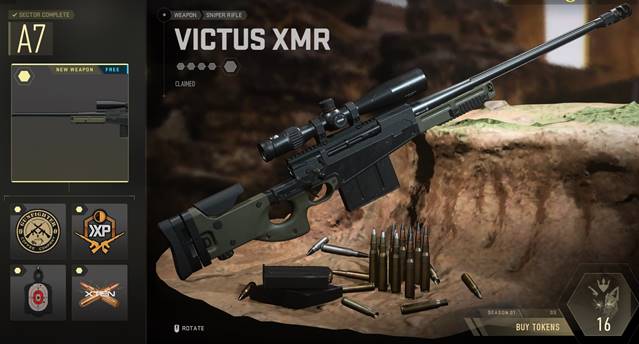 The main thing people normally focus on when it comes to snipers is the ADS speed. The faster you scope on a target, the faster you kill. In fact, a high ADS speed will also help you get out of tricky situations where you missed a shot on a target close to you.

Here is the best build or loadout for the Victus XMR: 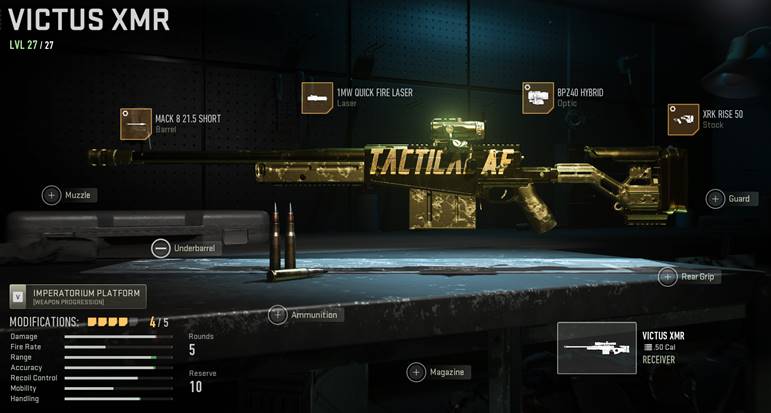 I am not using any 5th attachment as it would only make the gun worse. This is the best Class Setup that you could use for the Victus XMR in COD MW2. If the weapon is on Max Level then make sure you tune the attachments.

There you go, that is the best class setup or loadout for the new Victus XMR sniper rifle in Call of Duty Modern Warfare 2.

I hope the guide was helpful. Please let us know in the comments below. Also, follow FPS Index for more COD MW 2 guides.