Wondering why attack moves would not register in D&D Dark Alliance? We will tell you why and also help you fix this problem. 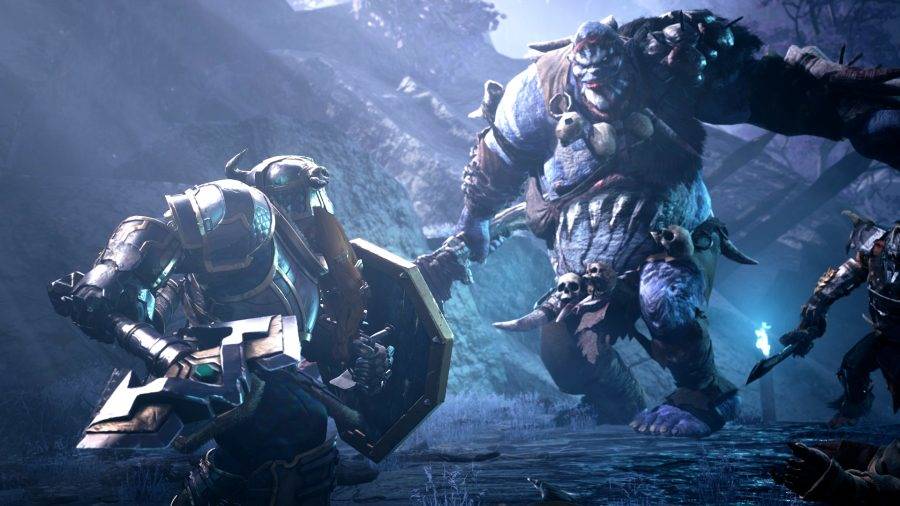 Dungeons and Dragons Dark Alliance – Not Registering Attacks and Delayed Input | Is there a Fix?

While playing D&D Dark Alliance I came across this very weird problem. My attacks would not come out in time making me spam the left mouse button over and over again. Eventually, my attack will get registered but for a while, I would just sit there blaming my beautiful gaming mouse.

What did I do? I turned off the game to quickly check my mouse input. I tried every possible way, clicking on every possible area on the mouse to see if there had been a hardware problem. To my surprise, there weren’t any. The mouse worked perfectly fine making me even more confused about what was going on.

I restarted the game and tried to spam charged shots. And again I get the same issue. I would just hold down the button and nothing. Now, I was kind of convinced that the game did not register my input. I tried experimenting more and more. It seems like the faster I click the button (by faster I mean the time interval between two consecutive clicks), the more unregistered inputs I would get. The next input I would get would rather be a delayed input.

Can This be Fixed?

So what is going on? I had no clue. I did my research and found that this was an existing problem with the game. When you try to click faster the game just doesn’t register your input. Mainly because of the animation.

So basically, we are trying to input an attack in-between animations and is somehow not getting registered. The concept of buffering moves just doesn’t seem to exist in this game. So, I tried to understand what could be the problem. Is there a way to overcome this?

Well, I would say yes there is. It seems like if you have V-Sync set to ON in the game, chances are you are going to face this problem. V-Sync actually tries to maintain a fixed FPS on the screen preventing frequent frame drops and giving you a smoother experience.  You can set the Maximum FPS in the game to lock the FPS for the V-Sync.

For example, you can turn on V-Sync and lock the game on 60 FPS by setting it as the max FPS. This will give you a smoother game visually only if your FPS is above 60 all the time. So the drops you get from say 100-70 FPS would now be synced at 60 which gives you much smoother gameplay visually.  However, this syncing mechanism seems to be broken in this game.

Trying to sync the FPS the game often does not register inputs because of the loss in frames through the V-Sync. As I said, buffering an input does not work well in this game and this is the reason why when we quickly input attack moves it just would not register.

I turned OFF V-Sync and guess what, the problem got resolved for me. Yes, turn off V-Sync for now until the developers fix this problem for good. It looks like Max FPS and Vsync do not quite work well together in this game. Also, make sure you have Max FPS set to its highest Value.

There you go, a decent fix for this annoying glitch or bug you might say. Do let us know about any other way in which you can fix this problem. You can also click here to see a steam discussion on the same issue and get more updates regarding this.

2 thoughts on “Dungeons and Dragons Dark Alliance – Not Registering Attacks and Delayed Input | Is there a Fix?”