This kid seems unstoppable. 360 wins 0 losses and preparing for yet another 30-0 in the Weekend League. It seems like his game style this last week was really fast which makes me think that he might have changed the custom tactics. Here is what I feel he could be using last week.

Like always, he uses the classic 4-4-2 in-game. Check out what I feel he might have been using last week : 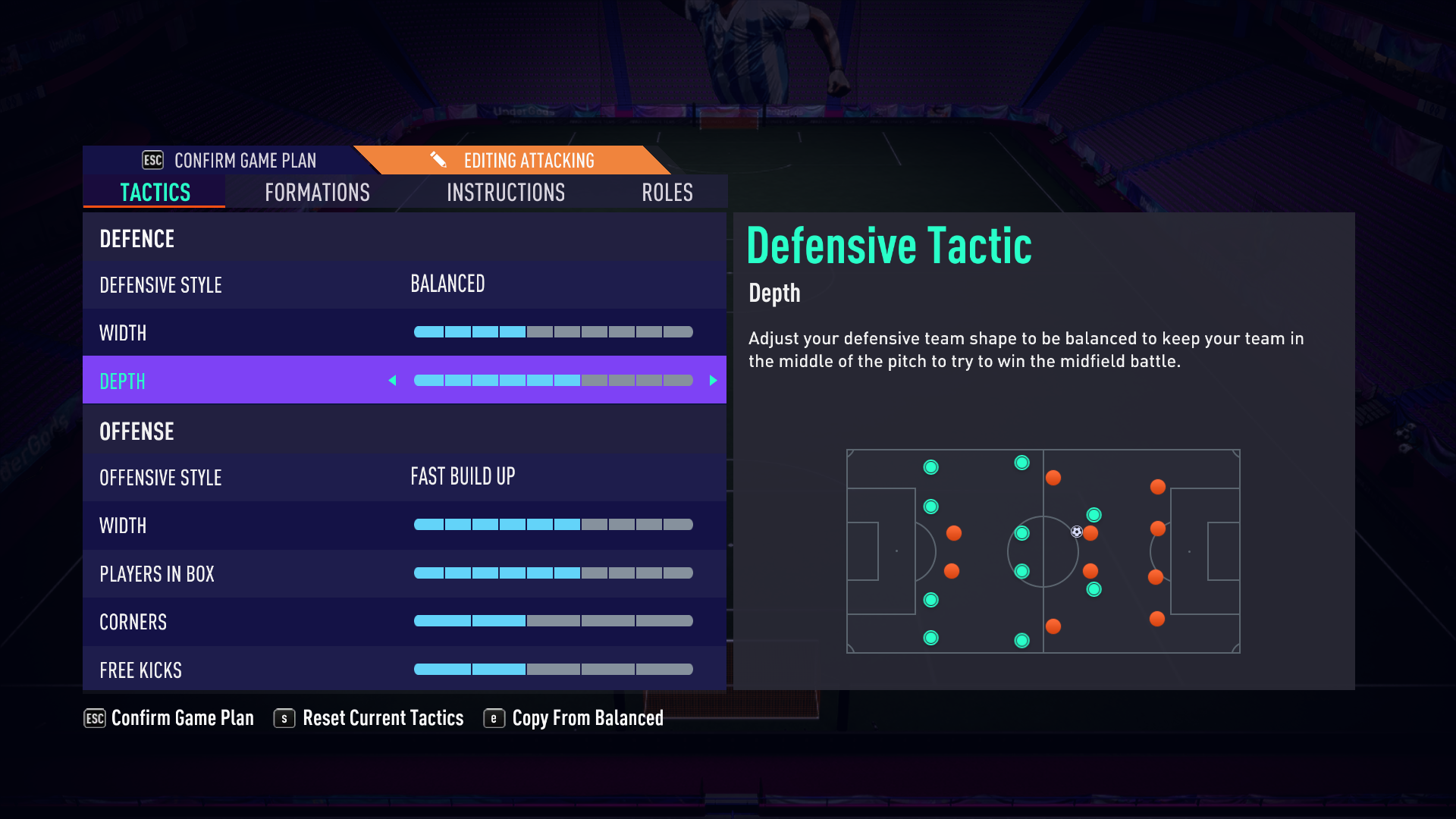 The most important aspect of his gameplay is that he does a lot of 1 – 2 passes in between the strikers. Steps overs and ball rolls are also used a lot. What I have noticed is that he normally shoots after a dribble move or a fake shot or a ball roll.

I guess he does this so that the players do not go off balance and he can also easily create a nice angle to shoot. His center mid (Gullit) often runs into the box as the 3rd striker which is mainly one of the reasons why he is so good offensively.

He does take a lot of risk by manually controlling his back 4 to intercept passes and cover certain danger zones, but somehow it pays off for him. I know I would be punished for bringing out my CB to intercept a ball outside the box but for him, it seems like whatever he does just seems to work. Let’s see what could be the player instructions he might be using :

There you go, Custom Tactics which I feel Anders Vejrgang used last week to go 360-0 up Weekend Leagues. Enjoy the game.