A good Custom Tactic takes you a long way in FIFA. And this year it seems to be more effective than ever. A good well rounded balanced custom tactic is what we all want. Too offensive could leave us open for counters and too defensive would eventually end up being boring which could lead to one mistake and we are done for the game.

When we talk of a balanced tactic we think of a formation that would be good defensively and also allow us to easily create chances in the offense.

The formation we chose for balanced gameplay is 4-2-2-2. Clearly one of the best defensive formations which also gives us a lot of chances in attack with the 2 strikers and 2 Attacking Mids.We get the width for running down wings. We get support in the center and we get defensive stability with this formation.

The Custom Tactics for this formation would be a very balanced one. We would rather stick to the grey side. 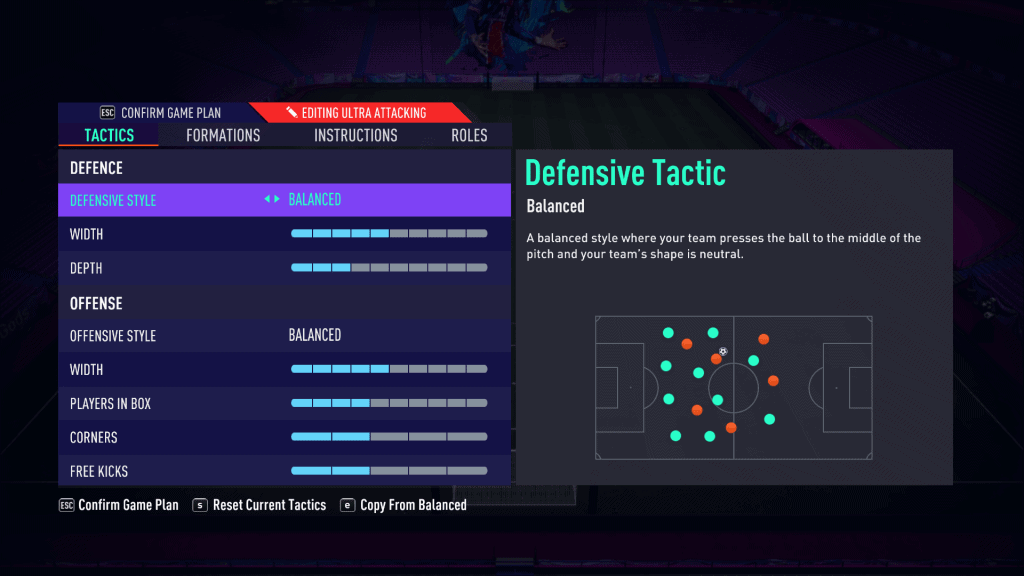 Like every other formation the player instructions are really important :

Hopefully, you can start off with this formation since it is a little defensive. You would not want to concede so early in a game by jumping into an attacking tactic. Enjoy the game