Icons this year feel very average. Just a few of them are outstanding. But one of the main reasons why we buy icon cards is the emotional attachment we might have with the player as most of us had been kids and grew up watching these icons play.

On top of that, they link with anyone in the game making it easier to build good hybrid squads. But like every year icons are pretty expensive early on in the game.  And if we are actually looking to buy one we might have to do our bit of research just to make sure we get value for coins.

Hence if you have like a million coins at the moment and you wish to buy an icon striker, we have just the perfect list for you.

Having used almost every icon in the game I have made a list of the best and the most meta icon strikers under a million coins this year. Let’s check it out : 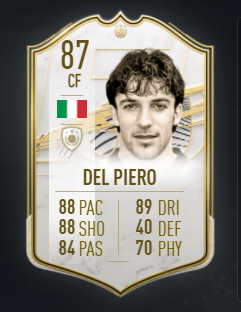 He has a 5-star weak foot and is one of the most meta strikers I have used this year. Always at the right place at the right time. He is fast and agile and dribbles like a god. Great finisher as well. He is also great at the CAM position because of his passing. 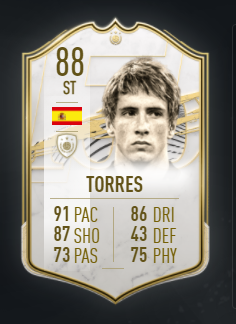 El Nino is fast, El Nino is lethal, EL Nino we love. Perhaps everyone’s favorite icon this year. Torres is quick as a flash and his finishing is outstanding. He gets a lot of bounces and feels strong on the ball. Although I would not dribble too much with him still he is one of the top strikers this year. 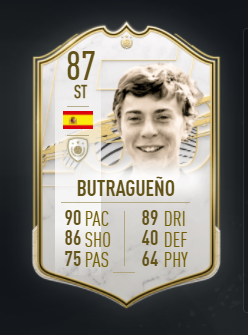 Another Spanish legend, Emilio Butragueno had always been a good card in FIFA. The 5-star weak foot is deadly. He is quick and gets into position very early. Although he might get bullied a bit for his low physical stats, he makes it up with his amazing attack positioning. 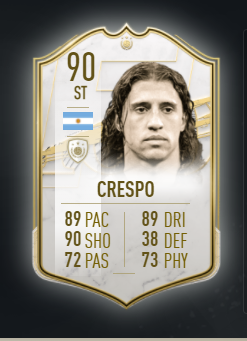 This dude is clinical. He is one of the best finishers in the game and will get you goal after goal. His passing is not that good but he has amazing speed and strength to get past defenders and survive tackles. His dribbling is good too. 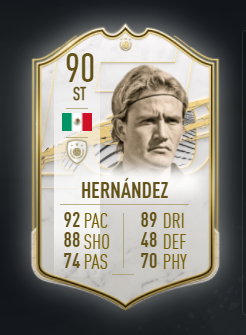 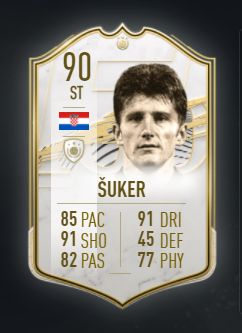 Not the fastest icon you would use this year but indeed one of the best strikers in the game. This guy can shoot a ball. Amazing finishing, decent passing, and very good dribbling makes this card super good as a striker. He will always be in the right position for you and get you a ton of goals.

There you go, these are the best strikers you can get for under a million coins. The others are pretty average when it comes to performance and stats. You can also use the base icon Kaka as a Striker. The only reason is that he performs a lot better than what his stats say. Hopefully, this guide will help you decide on an icon striker if you are ready to pay a million coins. Enjoy the game.