FIFA 21 Ultimate Team is not just about playing Rivals and FUT Champs. There is a lot of ground we can do in order to get some good packs. It is always good to open some free packs early on in the game. And if we are blessed with a good pull there is nothing like it.

One of the ways in which we can get free packs is by grinding Objectives. Milestones are a great way to get good packs. One of the milestones which is pretty easy to get but needs a lot of grinding is one of the Finishing Mastery Milestones. You have to get 500 goals with an 85+-rated squad.  Now we know that getting an 85+ rated squad is a bit expensive early on. But we really need the Jumbo Rare Players Pack which it gives as a reward. So how can we easily do it : 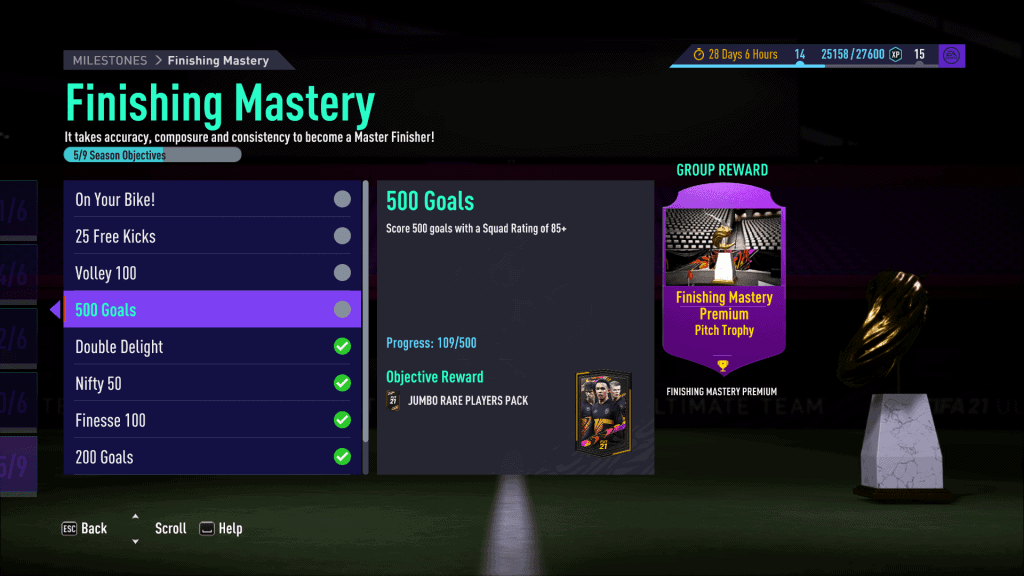 These are the simplest ways in which you can actually achieve the 500 goals target. It may take some time but the pack is good and it is worth it. Player packs are always good. We can get good players as well as a lot of SBC fodder. Enjoy the game.