Wondering how to do the FUTTIES Tonali Objective card quickly? You have come to the right place. Let’s find out. 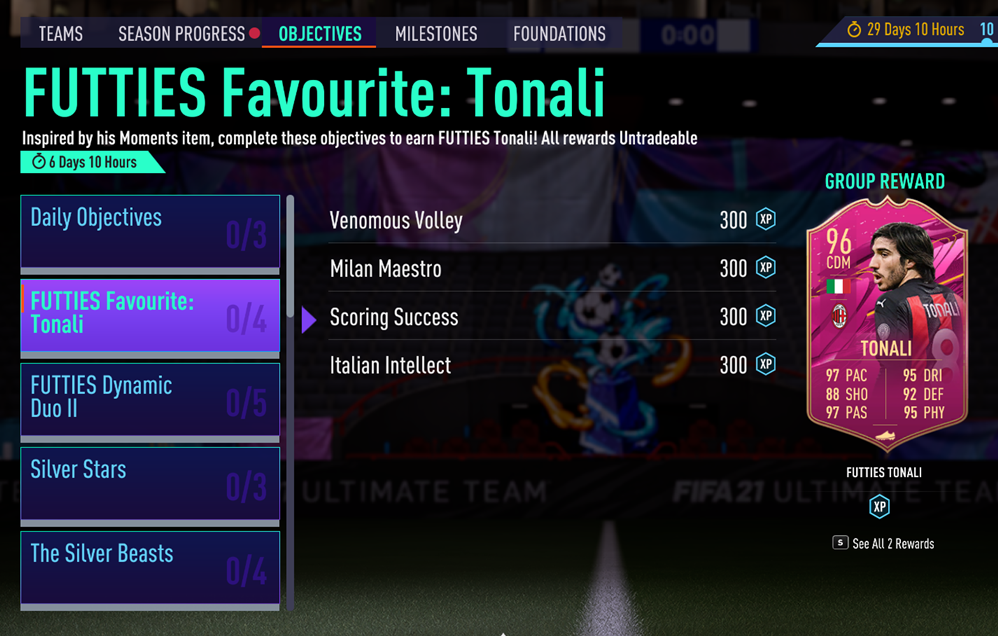 FIFA 21 – How to do FUTTIES Tonali Quickly | FUT Objectives

We get yet another fantastic Free Objective card. The FUTTIES Tonali looks so ridiculously good as a CDM. However, you need to grind a bit for this one. We all know how hectic Icon Swaps grinding can be and you just would not want to grind more. But I will tell you how to quickly do the objectives and get this beast of a card in no time.

Firstly let’s quickly check out the objectives for this card :

Tips to do the Objectives Easily :

There you go. This is the easiest way to do the objectives without breaking a sweat. I hope this guide was useful. Do let us know in the comment section down below. Enjoy the game.