If you are wondering how to do the FGS Challenge SBC you have come to the right place. Let’s make this easy as I will explain what you need to do.

FIFA 21 – How to Easily do FGS Challenge SBC | Ultimate Team

The FGS or the FIFA Global Series Swaps is a brand new creative reward system introduced by EA for FIFA Ultimate Team this year. We need to watch the special event to earn tokens which we can use to redeem special Untradable Packs in-game. It is pretty much like the icon swaps last year but this time we don’t need to play and grind in-game.

EA released the FGS Challenge SBC which seems a bit confusing. For what seems like that it has all the requirements in the world. We are here to make things easier for you. You do not need to watch random Youtube videos and then buy all 11 players for your SBC. All you need to know is how to do it and you can very well manage it yourself without spending a penny. 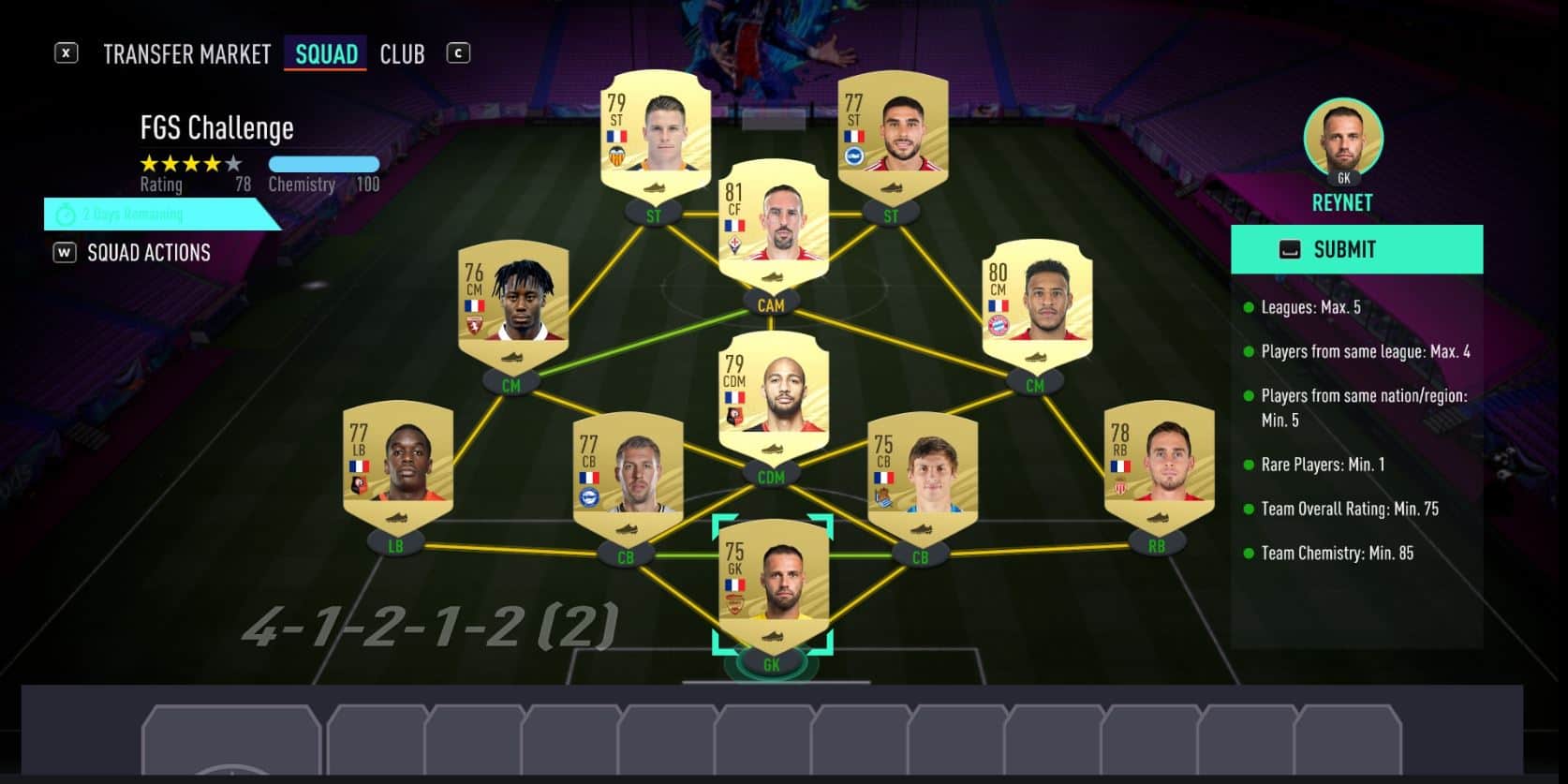 This is the team I submitted for the SBC. Let’s go through the requirements :

Hopefully, this will help you with the SBC.  Enjoy the game.