This guide will help you complete the Harry Kane POTM SBC at the lowest possible price.

Harry Kane performed outstandingly well last month and he deserved the Premier League Player of the Month. EA, therefore, has also dropped the POTM Harry Kane SBC today and to my surprise, the SBC is not as expensive as I thought it would be.

His 5-star weak foot and finishing in front of the goal had always made him a lethal striker in FUT 22. His pace however always lets him down. I would rather use him as a Target Man instead of trying to run past defenders. His Flashback card however looked a lot better than this one and was indeed more expensive.

For those who haven’t done his Flashback SBC here is your chance to get this one at a very cheap price. Shocking you would just need 1 squad for this one. I would be helping you out with the cheapest solution and will also explain the requirements in case you wanted to do the SBC on your own.

Even though I wished for a better pace but for the price he is at I would not mind getting this one. You can also use this as fodder.

Let’s check out the requirements for this SBC first : 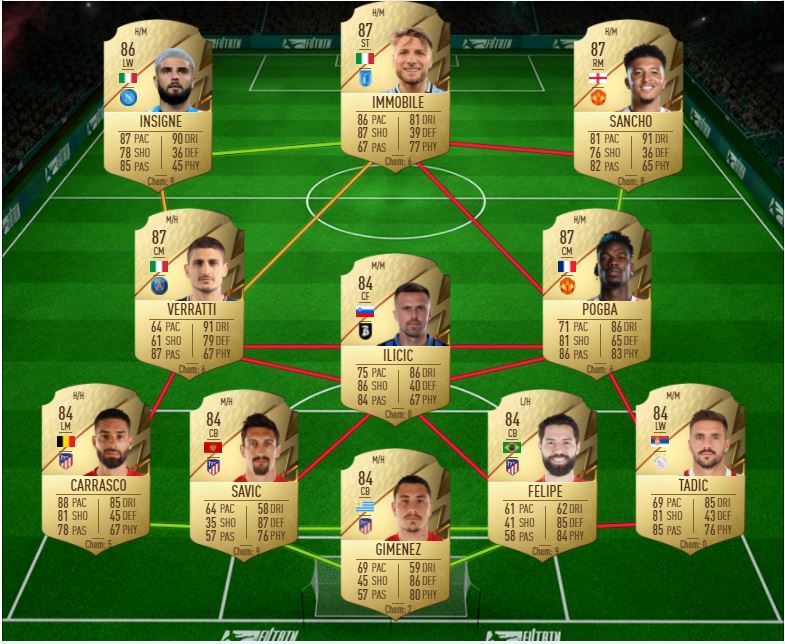 Here is the cheapest solution to the Harry Kane POTM SBC. Take a look at the price below :

The Price for this one looks very balanced on all platforms with the PC being a little bit more expensive like always. The price is determined by the current market value of the players at the time this article was written. It may vary a little bit but I do not feel the change would be so drastic.

You can obviously use players in your club to further reduce the total price of the SBC. However, if you feel that the players you are currently using are worth more than the one I have used here then go ahead and copy this squad.

I hope the guide was helpful. Do let us know in the comments section down below. Also, keep following FPS Index for more FIFA 22 related content and guides.