This guide will help you complete the new End of an Era Juan Mata objectives quickly in the FUT Friendly Mode: League Challenge.

Ultimate TOTS is finally here and I cannot wait to open my packs. Ultimate TOTS includes the best and the most fan-favorite TOTS players out of them all. The team has all the high-rated TOTS cards giving you a chance to pack one.

So basically now if you see a TOTS player during a pack opening know that it is going to be someone good. The other players are no longer in packs. Along with the Ultimate TOTS we also have the End Of An Era cards this weak.

For those who are new, End of an Era is basically given to someone who has contributed a lot to their club. Like last year we had the End of an Era Messi card which was for his contributions towards Barcelona.

Similarly, we have Juan Mata, the Spanish footballer who had done pretty well at Manchester United over the years. He joined the club back in 2014 and served 8 years with the team.

I would recommend completing the objectives since he would be offering you good Premier League and La Liga links. Not only that you would also be getting a TOTS Swap 2 Token: Serban as a reward.

How to Enter League Challenge : 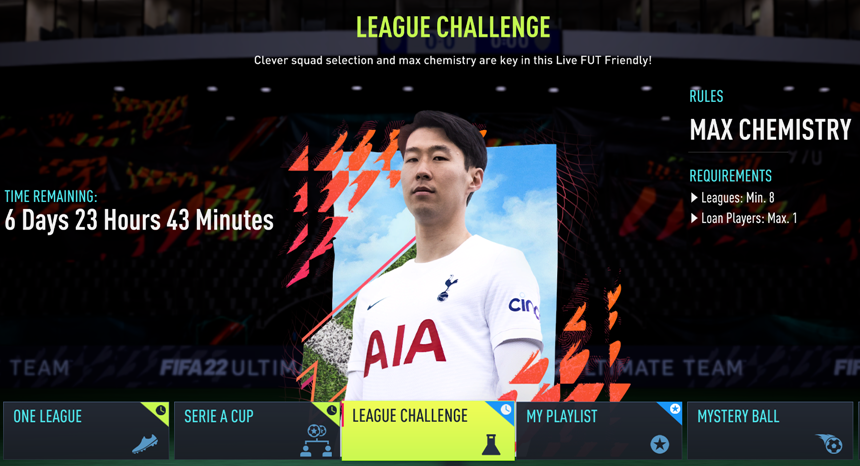 Lets us now talk about the objectives and how they could be easily completed.

Skillz: You have to score 5 goals in total with players having 4-star skill moves or higher.

Cross Training: You have to assist 6 goals with crosses. The best way to do this would be in a 442 or a 4222 or even a 41212(2) formation which has 2 strikers. When yo go 1 v 1 with the keeper just cross the ball to the second striker for an easy cross-assisted goal. You can also use a driven cross or grounded cross as well.

Winner in 5: You have to win 5 matches in total.

Forward Thinking: You have to score using a Forward in 10 separate matches. Forwards include ST, CF, LW, RW, RF, and LF. Change your LM and RM to LW and RW  and also your CAM to CF using position modifiers. In that way, you could easily increase your chances of scoring with a forward.

Well, there you go, that is how you can easily complete the objectives for End of an Era Juan Mata.