Wondering how you would complete the European Euphoria ? You have come to the right place.

England, Spain and Germany have delivered the best clubs in the world. The last 10 UCLs were won by clubs from these three great footballing nations. This is basically the theme of the new objective. The European Euphoria is a very tricky objective to complete. You only have 14 tries and you have to win 4. Once completed you get a Mega pack which could really give you a nice player when you open it. In order to get this objective done you have to enter the new Past Glories FUT Friendly.

How to Enter Past Glories FUT Friendly :

Well in order to complete the European Euphoria you have to play matches under FUT Friendly- Past Glories.  These are the requirements for entering this friendly mode : 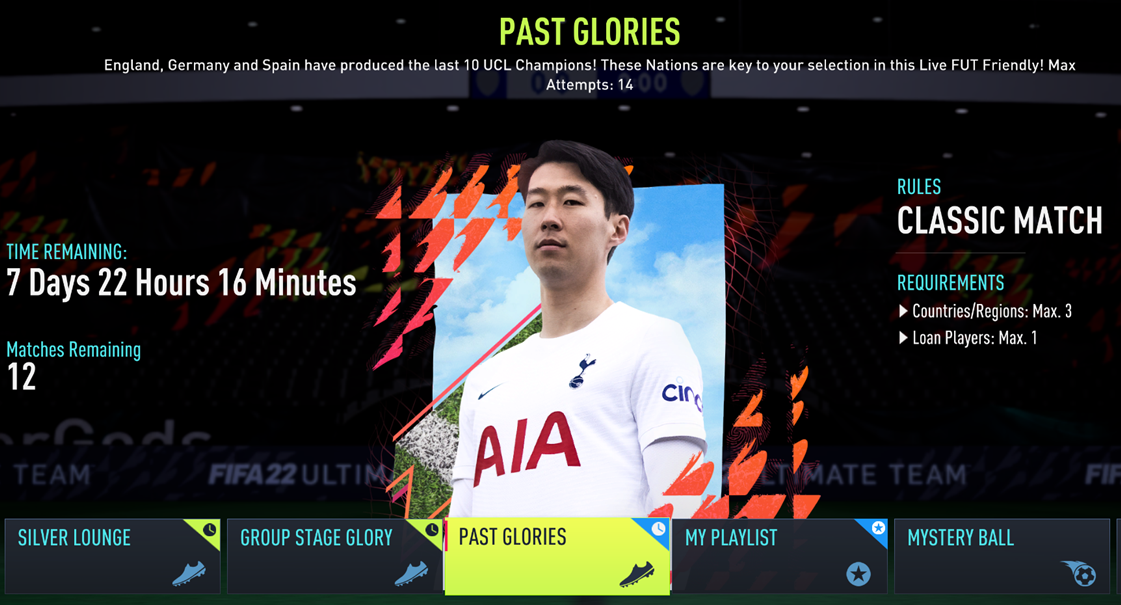 How to complete European Euphoria Objectives :

Well, European Euphoria requires you to build a squad with players from these 3 nations :

This means all the players from your starting 11 and bench should be from England , Germany or Spain. Then you have to win 4 matches with that team. Each win would give you individual rewards and winning 4 would give you a Mega Pack

The best way to do objectives is to understand the logic behind it. I hope the guide was useful. Do let us know in the comment section below.