This guide will help you complete the new Flashback Sule objectives quickly.

FIFA 22 – How to do Flashback Sule Objectives in Bundesliga Best

The Bundesliga TOTS is finally here and trust me when I tell you it looks better than the Premier League TOTS. The cards look absolutely cracked and I regret not having a Bundesliga squad.

For people who are new, the Team of the Season promo goes on for weeks. We get a number of cards from every major league across the world. This week would be Bundesliga week which would most probably be followed by La Liga.

Like every other time, EA has dropped a free promo objectives card which you could easily get through a little grinding. However, unlike last time instead of 2 TOTS cards, we have a free Flashback card which is very rare.

The Flashback Sule looks pretty good on paper. I have used his Showdown SBC version and he was pretty strong as a defender. This flashback card looks even better than his Showdown card and I have no doubt about how good he would be in-game.

You would also get a TOTS Swap Token: Jorge Chanza as a reward when you complete one of the objectives.

In order to get the objectives done, you need to play all your games in the new FUT Friendly mode: Bundesliga Best. 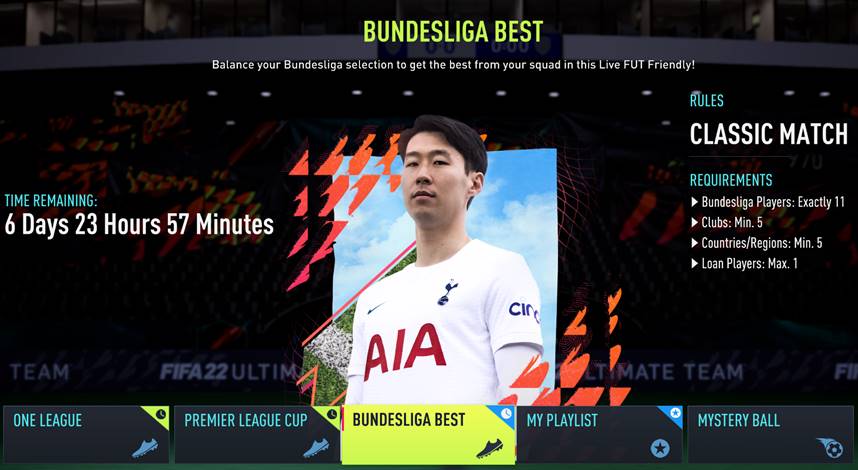 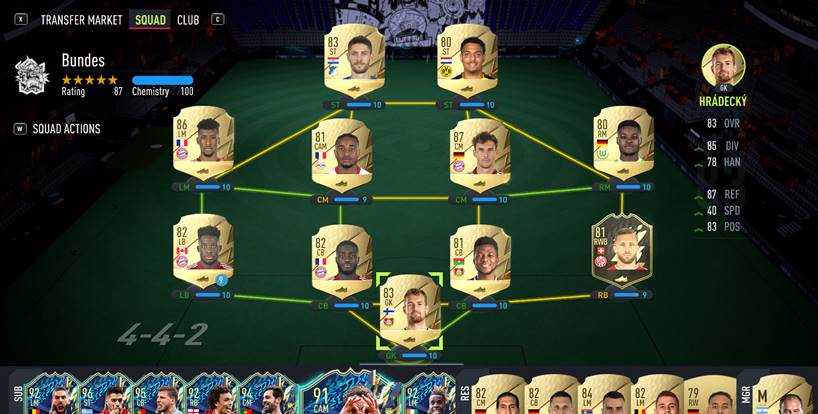 Here is a sample squad that you could use. There is nothing mentioned about your bench. So if you do not have good Bundesliga players like me use all the good cards in the bench and then sub them in after the game starts.

Let us now talk about the objectives and how you could complete them easily.

Long Shot: You have to score 3 goals from outside the box. Could be done with any player. Try to use green-timed shots as they seem to work most of the time. Go for a finesse shot from a little far away from the box or a driven shot to the far post from the edge of the box.

Defensive Delivery: You need to make 4 Assists with defenders. These include LB, RB, CB, RWB, and LWB. Normally I would sub in someone like Arnold or any other fullback with good passing as a striker in a  2 striker formation. Then you could easily get assists from him. Even playing the fullback as CM would work well.

German Grit: You have to score with Germans in 10 separate matches. At least 1 per game. Use German strikers for better chances.