This article will help you complete the FUT Birthday Prime Rush objectives quickly.

FIFA 22 – How to do FUT Birthday Prime Rush Objectives quickly

If you ask me I would always take a good pack on the first ew days of the promo. Since the 2nd Team is released today and we have some absolutely amazing cards , I would rather choose to complete the pack objectives first.

How to complete the objectives easily :

In order to do the objectives you would have to first enter the FUT Friendly Mode : FUT Birthday. Lets check out the requirements for that : 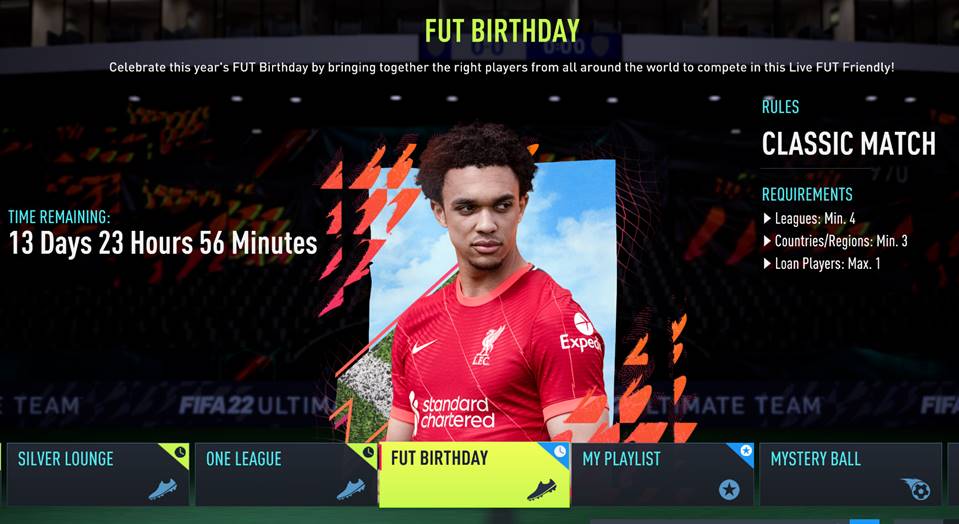 Lets look at the objectives now :

Long Shot : You have to score 2 goals from outside the box. Yo can either opt for a finesse or a regular shot to the far post form the edge of th box. Yo can also try a long range chip if the opponent brings out the keeper.

Passing Pals : You need to get a total of 10 assists. On completion you would get a FUT Birthday Token : Fernandes

Goals in Germany : You have to score using Bundesliga players only in 4 different matches. One goal per game at least.

Here is the squad I would be using : 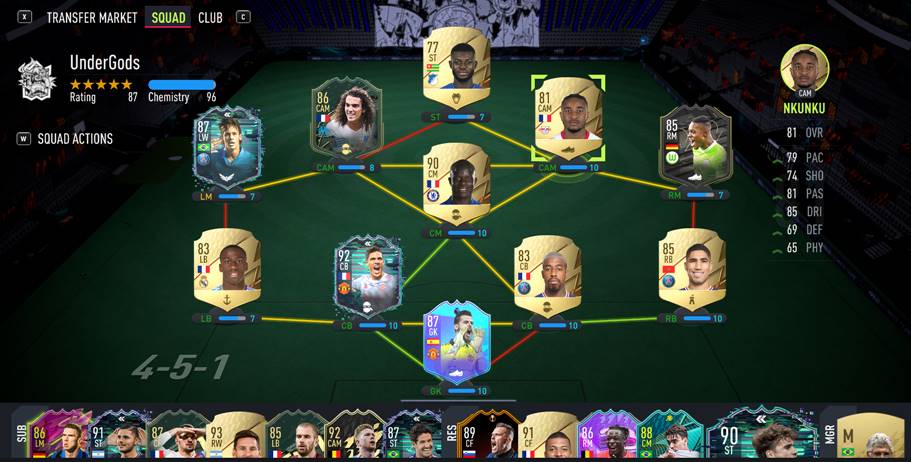 If you do not have good Bundesliga players you would probably have to feed them goals. Like passing to them near the keeper so that they score easily.

I hope the guide was helpful. Please let us know in the comments section below. Also keep an eye on FPS Index for more FIFA 22 related content.