This guide will help you get consistent with Knuckleball Shots during Open Play in FIFA 22 after the new Title Update 14 released in July. 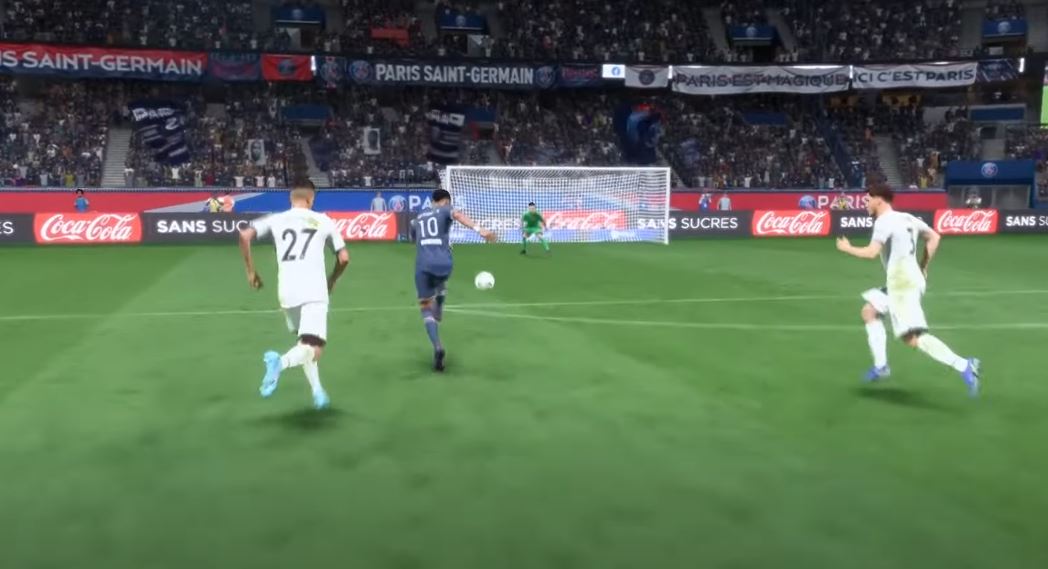 I wouldn’t say FIFA 22 is perfect. It never is and I don’t think it ever will be. In fact, no game can actually be perfect with absolutely zero flaws. Then why do we keep playing the game even if it is not close to being perfect?

Well, the answer to that is how quickly issues get addressed in a game. Active developers who would address issues quickly and make changes to improve the game is what a successful franchise needs.

The fact that EA dropped a gameplay patch in July not only surprises me in a good way but also makes me feel that maybe in the next title they might just make the changes we all wanted throughout the year.

I personally hated AI blocks in the game and that was nerfed giving me a personal best of 18 wins in this weekend league. Tells you how much difference a change like that could make. It had basically nothing to do with the skill level of the player.

A newskill move was introduced which could prove to be a really effective one, and we also have AI tackling distance reduced. It’s finally good to see EA making changes that actually could make the game more skill-based rather than AI-driven, auto block, auto tackle, park the bus, and counter-attack simulation.

How to easily perform Knuckle Ball shots from Open Play :

Another feature of the new patch would be the introduction of a knuckleball shot during open play and not just during a free kick. Yes, you can now finally do the knuckleball shot to score easy goals during the game.

“Increased the likelihood of a knuckleball shot occurring when requesting a high-powered shot while the ball is 0.67 meters/2.2 feet from the player’s feet”

Well, this means that to trigger a knuckleball animation you would have to shoot the ball when it is 0.67 to 2.2 meters away from the shooter. This is how you can trigger it :

As the patch notes say there is a likelihood that you could trigger a knuckleball. It is not guaranteed. I have tried it in-game and the likelihood of it is more or less around 70%.

There you go, that is all that you need to know about knuckleballs from open play.