This guide will help you complete the FUT Fantasy Lo Celso Objectives under the new FUT Friendly Mode: Savvy Signings.

Team of Fantasy FUT is finally here and like every Friday EA has dropped the free FUT Fantasy card. This time it would be Lo Celso who plays for Villarreal in La Liga.

The card looks pretty cool, to be honest. He almost made it to the Gullit Gang but was sadly left out on defense by just 5 attributes. From what I see here, the card would actually be a decent CM, like a box-to-box midfielder.

EA has really given us pretty nice box-to-box CMs so far but most of them are really costly. This one is absolutely free lads so just go get him.

How to enter Savvy Signings :

In order to get the objectives done you need to play the matches under the FUT Friendly Mode: Savvy Signings. To gain access to this friendly mode you would have to follow a few rules. Lets take a look at the requirements : 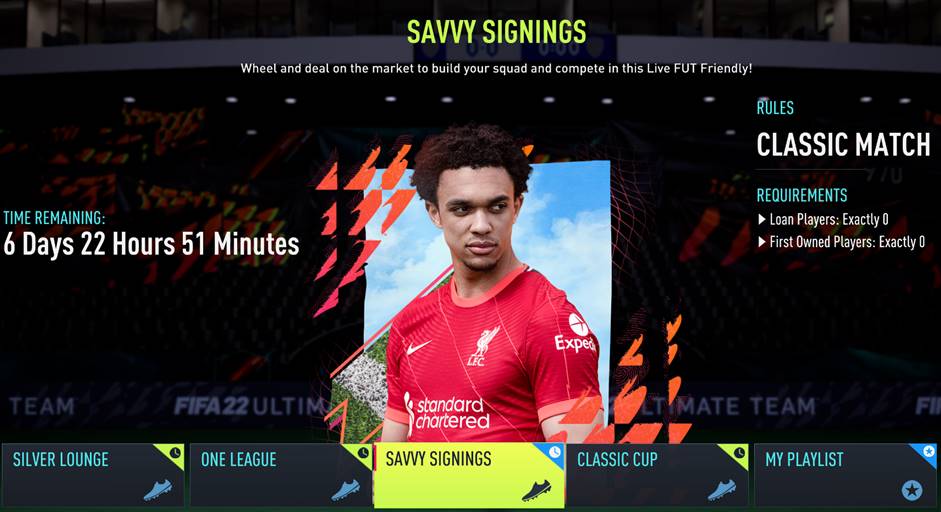 This is perhaps the most tricky requirement this year. Users generally have a lot of first-owned players. And after a certain point of time users, don’t generally buy gold players off the market just to keep them in the squad. They would rather trade them and make a profit.

So you might have to buy players for this one from the Transfer Market it seems.

Now let’s take a look at the objectives and how we can easily complete them :

Remember: You need to have an entire squad (including the sub bench) of players worth less than 2000 coins. They cannot be first owned. You have to buy them from the transfer market.

Midfield Support: You have to assist two goals using only Midfielders only. Midfielders include CDM, CM, CAM, LM, and RM.

Outside the Box: Score two goals from outside the penalty box. You can use a finesse shot or you can just do a regular driven shot to the far post. You can even try to chip the keeper from outside the box if specific situations arrive.

Touch of Finesse: Score 7 goals with Finesse shots in 7 separate matches. At least 1 finesse goal per match. Win or loss does not count.

There are a lot of good players that you can get within 2000 coins. Lots of 83-rated cards are there in the market. All you have to do is put Gold Rare as the type of card you are looking for and put the Max Buy Now price at 1900 coins.  Players like Gabriel Jesus, Morata, Edouard Mendy, Asensio, Manolas, Pulisic, and a lot of other good players.

I hope this article was helpful. Please let us know in the comments section down below. Also, follow FPS Index for more FIFA 22 related content.