This guide will help you complete the new Shapeshifters Pepe objectives easily.

FIFA 22 – How to do Shapeshifters Pepe Objectives in Shifting Shape

Team of the Season is finally over and I am still trying to get over those amazing cards. However, EA has just dropped the new Shapeshifters promo which looks fantastic so far. We have a 99-rated Messi ladies and gentlemen. Reminds me of his FUTTIES card last year which too had 5-star skill moves like this one.

The Shapeshifter promo last appeared back in FIFA 20 where players would have their positions and weak feet changed. The Cristiano Ronaldo Shapeshifter was left-footed and Atal being a fullback in real life was actually a Striker.

It is always fun to have players with different positions like we normally used to sacrifice a winger to play Messi as a CAM. But this Messi card is a CF so you could easily play him CAM.

Like every other time, EA has dropped two free objective cards. Nicolas Pepe from Arsenal being one of them look decent enough on paper. However, his 2-star weak foot would be a huge disadvantage in the game so I could only see this guy being fodder material.

If you want to grind for Pepe you would have to play all your games in the dedicated FUT Friendly Mode Shifting Shape. This is how you need to arrange your squad for  Shifting Shape. 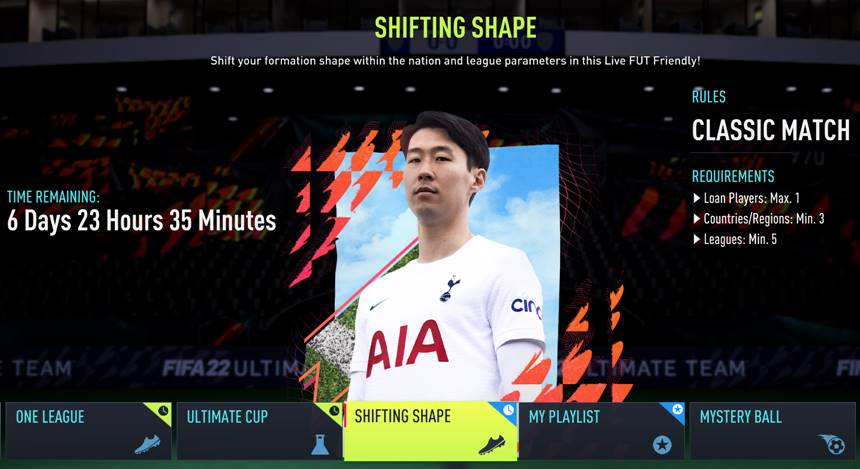 Now that we know about the Friendly Mode and how we can arrange a squad for it let us talk about the objectives.

Assist to Attack: You have to assist 5 goals using Attackers. The word “Attackers” would actually mean Forwards. So Attackers include LW, RW, CF, ST, LF, and RF. Whoever has this position on their card is eligible for the objective. Convert your LM and RM to LW and RW, your CAM to CF to increase the attackers in the squad.

Score in 8: You have to score in 8 separate matches using English players only. Try to use English forwards or attackers in the squad.

There you go these are the objectives for Shapeshifters Nicolas Pepe and how you could easily complete them.