This article will guide you on how to quickly complete the Signature Signings Baku Objectives.

FIFA 22 – How to do Signature Signings Baku Quickly | FUT Objectives

We finally have a promo after two long weeks. This time it is the Signature Signings. So many amazing cards especially the Ben Yedder. Come on, we all know how sweaty he is.  Like always EA  has dropped the first objective card for this promo. It is Baku from the Bundesliga and this card looks sick. Pretty close to a Gullit gang member though but still a great card to have for free.

It seems like the objectives for this one are not under Live FUT Friendlies. You simply need to get these done in Rivals or Squad Battles.

Note: If you are doing the objectives in Squad Battles make sure that you have the difficulty set to Professional or above. Not lower than that.

If you want a sample team for this objective I have just the one for you. 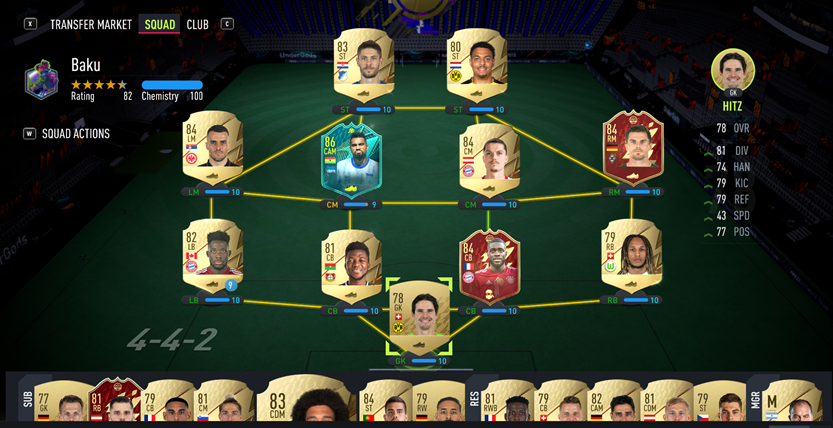 I would be doing the objectives in Squad Battles. Therefore this squad would do just fine for me. Feel free to make changes as you need. Also if you already have a Bundesliga squad then it would work out even better for you.

Lets us now quickly check out the objectives we need to complete for this card.

There you go, the easiest way to complete the new Signature Signings Baku Objectives. I hope this guide was helpful. Do let us know in the comment section below.