This article will help you complete the new Silver Stars Malcuit objectives easily.

FIFA 22 – How to do Silvers Stars Malcuit Objectives Quickly

Its Sunday and the theme for today is Frasilvers, which means we will be getting all French Silver Stars cards for the new Silver Stars Series promo. French Players are always easy to fit. And honestly, I feel EA loves the French players a lot. We have so many good French cards in the game that you can literally make a team out of them.

However, when we talk of French defenders we do not get to see proper Right Back. Malcuit is that one guy who could actually feel in that void. He is free and the stats on this silvers stars card looks so good. 85 on pace and 82 defending is still good for a fullback. Slap a shadow on him and you could get yourself a really good French RB.

Silver players are generally very bad to play with. They have poor stats all around and it is so difficult to link them together according to clubs. However, they can easily be linked with their nations. Talk about Brazil and Japan’s silver cards, they are simply outstanding. They have decent pace and agility and their AI feels so good compared to other silver players. Of course other cards like the Silver Stars that we get every week are better, but if you cannot link them to your team try and use this squad that I am about to show you right here. 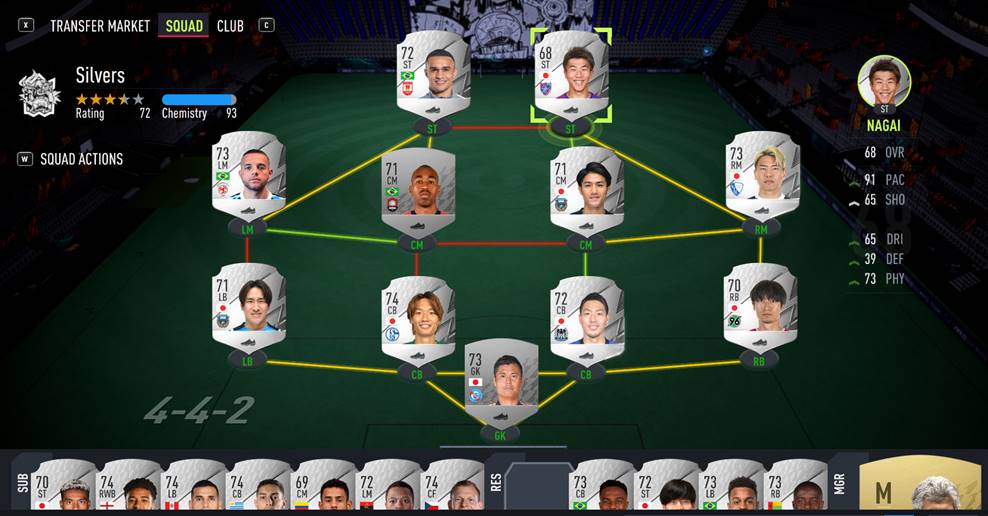 This squad works so well for me all the time. As per the tactics and formation, I would go for the absolute default tactics on the 4-4-2 formation. The reason is that the players have extremely poor defensive and offensive AI. Trying to force an instruction on them only leaves them confused. Therefore the default custom tactics work the best for them.

The objectives for every Silver Stars card that we used to get weekly remained more or less the same and really easy to do. Even the ones for this promo are easy enough. All the matches for the objectives need to play in Squad Battles (not in Division Rivals). You need to use an entire Silver Squad which includes your sub bench. Let’s quickly go through the objectives for this card :

There you go, the easiest and the quickest way to complete the new Silvers Stars Malcuit objectives. I hope this guide was helpful to you. Do let us know in the comments section down below.