FIFA 22 – How to do Summer Swaps 4 Objectives

We are just done with the Weekend League and EA has dropped the Summer Swaps IIII or 4 objectives under FUT Milestones. If you are familiar with the previous ones then you must know that these objectives give you 8 tokens in total.

These are basically Summer Swaps Token dedicated objectives. Since we are supposed to get 50 of them these would be adding 8 to the total swap tokens released so far making it 49 in total. we have one more token left .

In case you want to know where to look for all the tokens, check out our tracker right here. We have dedicated guides as well.

Just like last time you would be having two objectives which needs to be completed in the FUT Friendly Mode : One League. This is how you need to arrange your team for this mode : 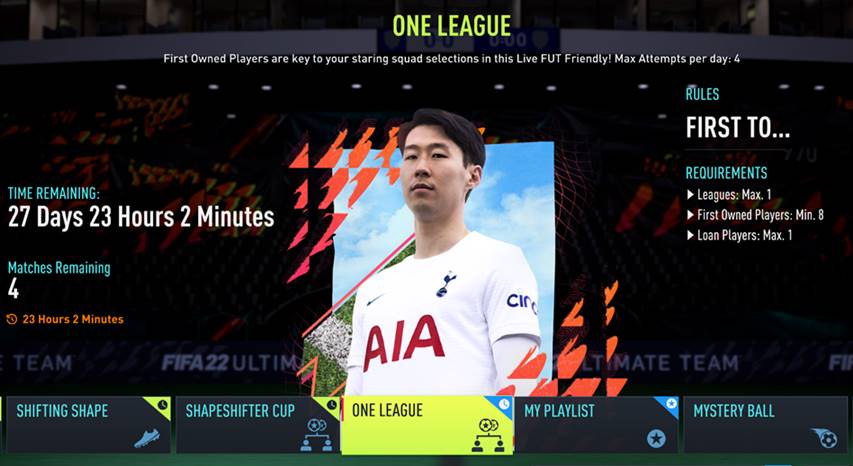 Lets talk about the objectives now :

Liga Portugal : You need to win 4 Squad Battle games on minimum Professional or higher difficulty with 11 Liga Portugal players in your starting lineup. You can always sub in better players after kickoff just ensure the win. For rewards you will get a 1 out of 3 82+ player pick and 2 Summer Swaps Token : Kolmanic and Paramatti.

MLS : You need to get 4 Squad Battle wins on minimum Professional difficulty or higher while having 11 MLS players in your starting lineup. Sub in better players after minute 1 to make the game easier. For rewards you will get a 1 out of 3 82+ player pick and 2 Summer Swaps Token : Boller and Wallner.

Premier League : You need to get 4 wins in the Live FUT Friendly One League following the rules mentioned above with an entire Premier League Squad. Get rewarded with a 1 out of 3 82+ player pick and 2 Summer Swaps Token : Carmona and Lainton.

Serie A : You need to win 4 matches in the Live FUT Friendly One League following the rules mentioned above, with an entire squad of Serie A players. Reward will be a 1 out of 3 82+ player pick and 2 Summer Swaps Token : Scott and Kato.

There you go, that is it on the Summer Swap IIII or 4 objectives and how you can get them done quickly.

I hope the guide was helpful enough. Please let us know in the comments below. Also keep following FPS Index for more guides on FIFA 22.