This article will help you complete the new Bundesliga League Player : Thommy objectives under the  FUT Friendly Mode : Managerial Masterpiece.

Today we have the Bundesliga League Player: Thommy objectives under FUT Milestones. The card looks pretty good considering the fact that he is free to get. All that you would need to do is grind a bit for him. He has a decent pace and shooting. His dribbling stats are not bad either. He has an 87 overall Left Midfielder card who looks totally worth it.  You have 28 days to complete the objectives so you can take it easy for now.

How to Complete the Objectives for Bundesliga League Player: Thommy Easily :

The Managerial Masterpiece is actually a very strict Friendly Mode when it comes to squad selection. You just cannot use the higher-rated player and even if you do you need to make sure that your team overall does not cross 77. Keeping that in mind I have made a sample squad for you guys to see which squad I would be using at the moment to complete this set of objectives. 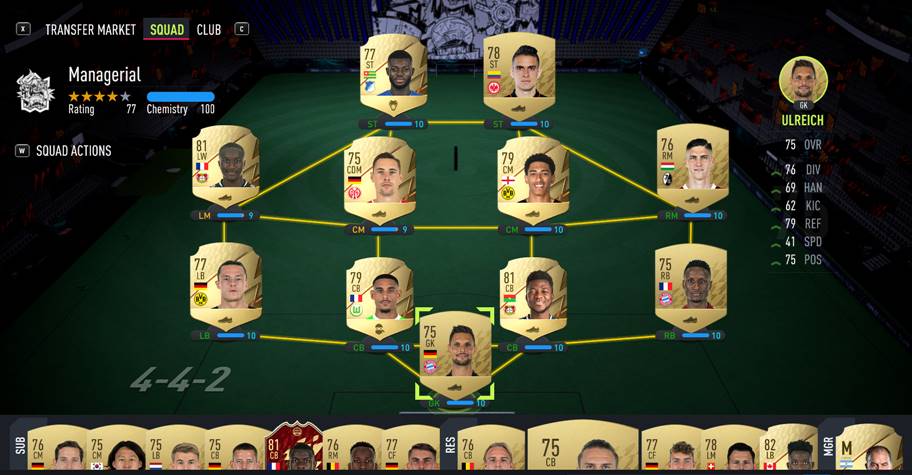 As you can see it is very important that you have 75-rated players on the bench to accommodate higher-rated players in your starting squad. I do not have much fodder left since I had to complete a lot of SBCs recently. You would have to play around with the squad a bit and see which are the best players you can fit in. You can also fit in Mbabu as the RB. He is so good in this game.

Let’s quickly take a look at the objectives for this one :

The objectives are easy as it gets. The squad is what matters the most for  Managerial Masterpiece. Feel free to copy the squad I would be using or make changes as you feel necessary. I hope this guide was helpful. Do let us know in the comments section down below.