This guide will help you complete the new TOTS Warmup Series I and II objectives quickly.

Talking about TOTS it is time we start saving packs. And what could possibly be better than the new objectives that EA has dropped for us? The TOTS Warmup Series 1 and 2 look pretty nice as you do get a lot of packs from it as rewards.

Let’s go ahead and understand how we could get these objectives done quickly.

How to Complete TOTS Warmup Series I :

Remember: You could complete these objectives in any FUT game mode (Squad Battles, Division Rivals, and FUT Champs) except for Friendlies and Drafts.

Ligue 1 Warmup: You would have to score a goal in 6 separate games having a full squad of Ligue 1 players. At least 1 goal per game. Win or loss does not matter. Your entire starting 11 should be from Ligue 1. There is nothing mentioned about the bench so you could actually sub in good players after minute 1.

Serie A Warmup: Very similar to the previous objectives. You have to score a goal in 6 separate matches with at least 1 per game. Your entire starting 11 should be Serie A players.

Bundesliga Warmup: You have to score in 6 separate games with a starting 11 of only Bundesliga players.

La Liga Warmup: You have to score in 6 separate games with a starting 11 of only LaLiga players.

Here is how you could easily complete the TOTS Warmup Series II :

Remember: You have to play all the matches under the FUT Friendly Mode One League.

Here are the requirements for One League Friendly Mode : 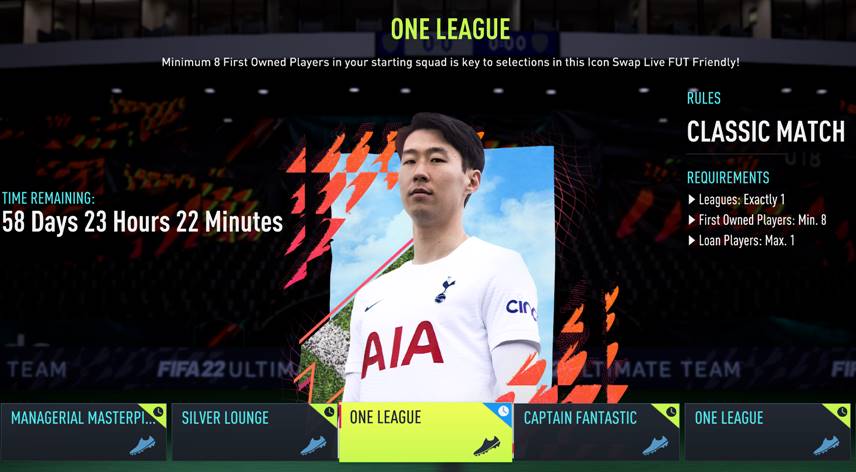 Here are the objectives and how you can complete them easily :

Great Goals: You have to score 6 goals from Finesse shots using French players. Scoring Finesse shots are very tough nowadays. You could use a 2 striker formation. When you go 1 v1 with the keeper pass it to the second striker and then finesse it into an empty net. You could also use the green timed shot as well. Here is a tutorial for consistently getting green shots. The best league for good French forwards in Ligue 1.

Scoring Squad: You have to score in 5 separate matches. A goal per game at least.

Portuguese Power: Score a total of 4 goals from outside the box using Portuguese players.

Italian Incision: You have to score with Italian players in 2 separate matches.

I know it is going to be tough getting all these objectives done with different leagues. It means you would have to play so many matches. But if you could manage to put all these players in one squad then it becomes so much easier for you.

Take for example La Liga, they have good French and Spanish players and you also have Joao Felix who is Portuguese. 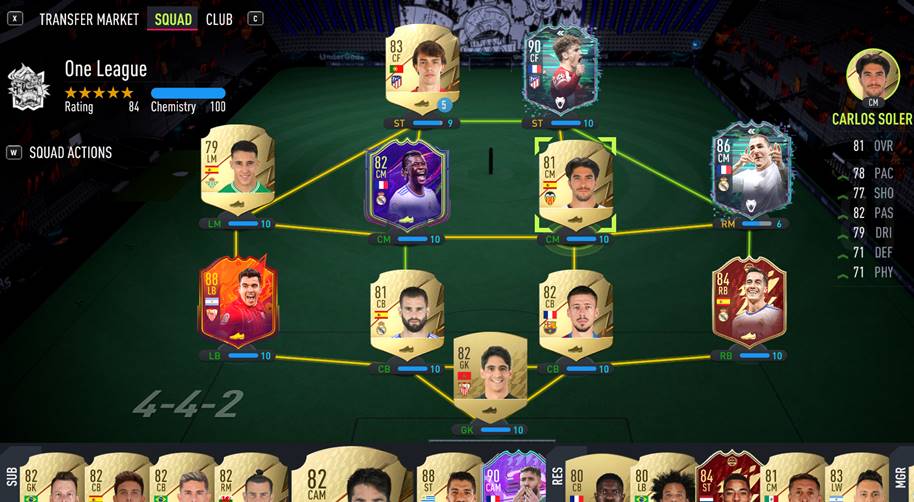 Here is a sample squad where all the players are from La Liga and you still have players from Spain France and Portugal to help you play lesser games for objectives.

Another league would be the Premier League. You have good French Spanish and Portuguese players in that league as well : 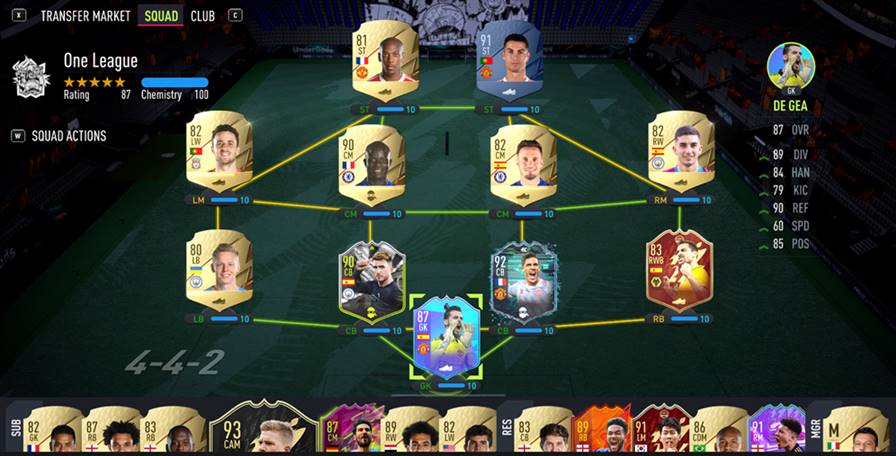 Here is a Premier League sample squad. You can use Jorginho as the Italian player in this Squad too. We have Martial for finesse shots. Ronaldo and Jota for outside-the-box long rangers. We have Spanish players for the assists and we can include Jorginho as well since he is Italian and plays for Chelsea.

I hope these sample squads would give you an idea.

I hope the guide was helpful. Please let us know in the comments section down below. Also, follow FPS Index for more FIFA related content and guides.