This guide will help you complete the Year In Review objectives quickly under FUT Milestones. 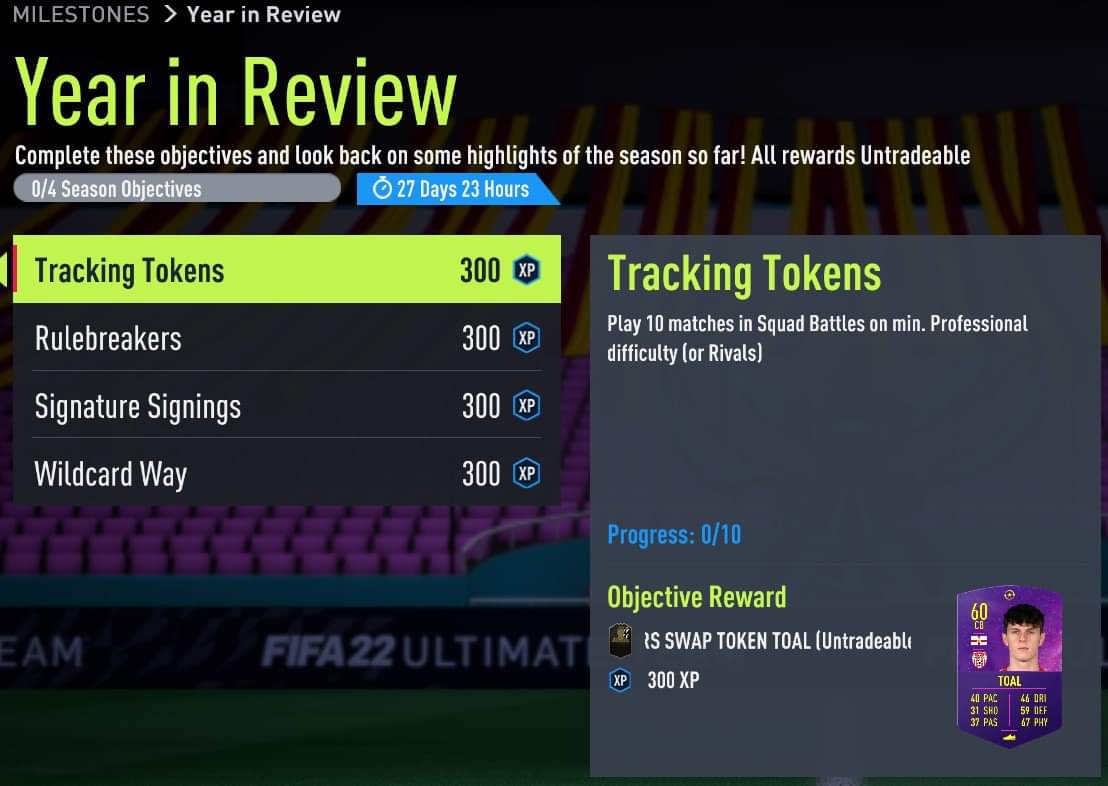 The Year In Review Objectives will be available under the FUT Milestones. Apart from the decent amount of XP that you are supposed to get after completing the objectives you will also get a Future Stars Swap Token along with it. Therefore I would be guiding you on how to complete the objectives quickly and easily.

The objectives just require a little bit of grind. They are not tricky at all and would only require you to invest a lot of time into them. Here are the objectives, let’s check them out first.

Remember: All the matches are to be played in Squad Battles and the difficulty should be Professional or higher.

The trick to complete the matches quickly with Squad Battles Glitch :

You can see that the objectives are not tricky ones but trust me the grind would literally tire you out completely. Maybe to a point where squad battles might become absolutely boring to you. So I will just tell you a little trick that you can use in order to get those 75 matches done without getting bored.

This is basically a way in which you can finish these objectives without getting tired. You also have like 30 days to complete all of the objectives. If this guide was helpful then let us know in the comments section down below.