This article will help you with the objectives for Liga  Portugal Squad Foundations Player Rafa. 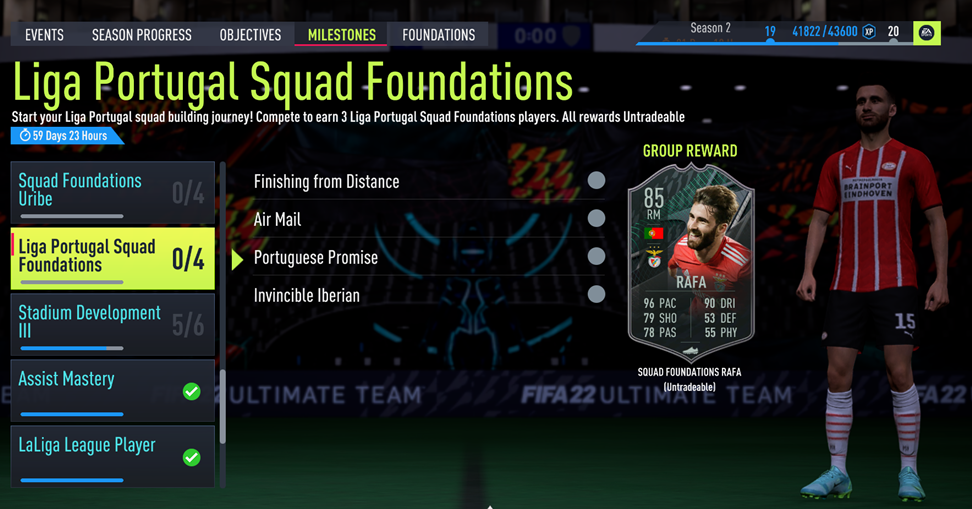 Rafa had always been good in FIFA. Especially because he has always been meta. His height and body type are actually what makes him so good on the ball. Let’s not ignore the pace of this guy. This dude can run past defenders like they didn’t even exist.

This Rafa is more of an offline objective card which you can also do in Division Rivals. Let’s quickly check out the objectives and how they can be easily done : 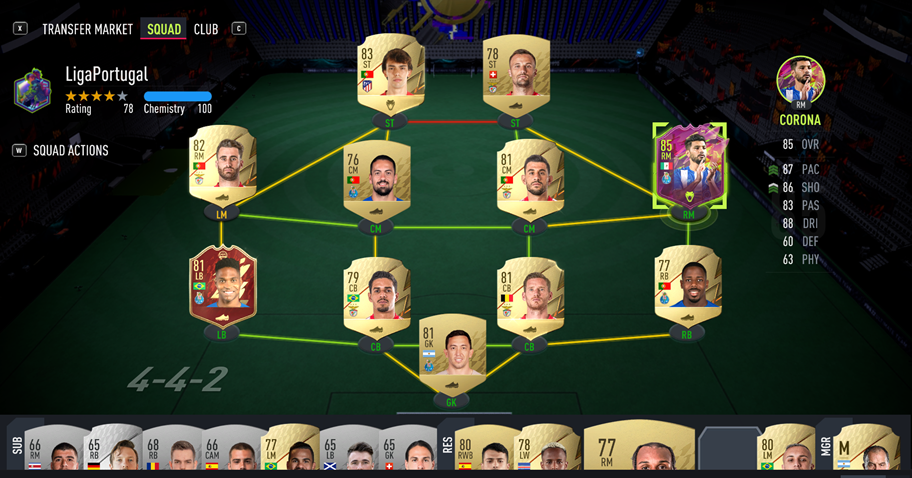 This is the team I would be using for my Squad battle matches. You can of course make changes as this is just a sample squad. just make sure you have Rulebreakers Corona in your squad. He will make things so much easier. Also, I would recommend doing the objectives in Squad Battle mode since Division Rivals would be a lot tougher to do objectives in.

I hope you liked the article. Do let us know in the comments section below.