Want to complete the OTW Camavinga Objectives as quickly as possible?

I will tell you how you can easily complete the OTW Camavinga objectives under the New Allegiance FUT Friendly. 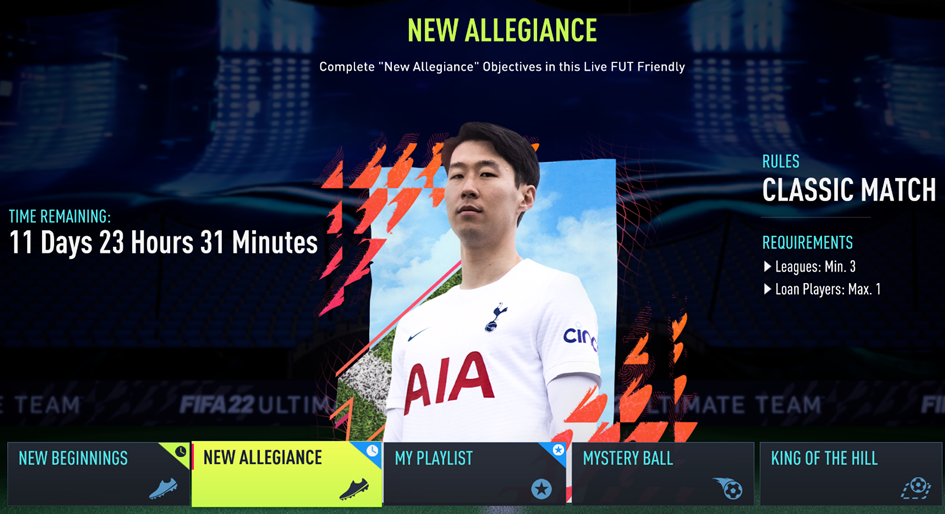 The Ones To Watch Promo is finally here and we have our first Gameplay Objective. The young French dude moved to Real Madrid this season and his regular gold card looks pretty nice, to be honest. Even though his overall is low at 78 but his stats seem to work very well as a CM or a CDM.

How to Quickly do OTW Camavinga Objectives : 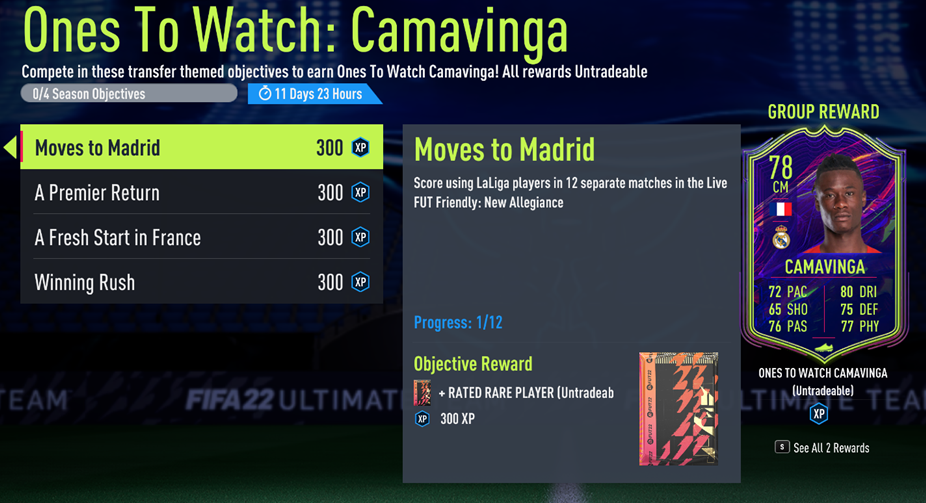 Like I said before it will always be better if you build your team with players from La Liga, Premier League, and League 1 since these are the ones required in the objectives.

The best way to do objective cards is to understand what the objectives mean. Over here the first 3 objectives could be done simultaneously making things a lot easier. You can also sub in players from La Liga French League and League 1 and still get the objectives done.

I hope this guide was useful. Do let us know in the comment section down below. Enjoy the game.