This guide will deal with the new FUT Friendly: One League and how you can gain access to it and do objectives for Icon Swaps 1. 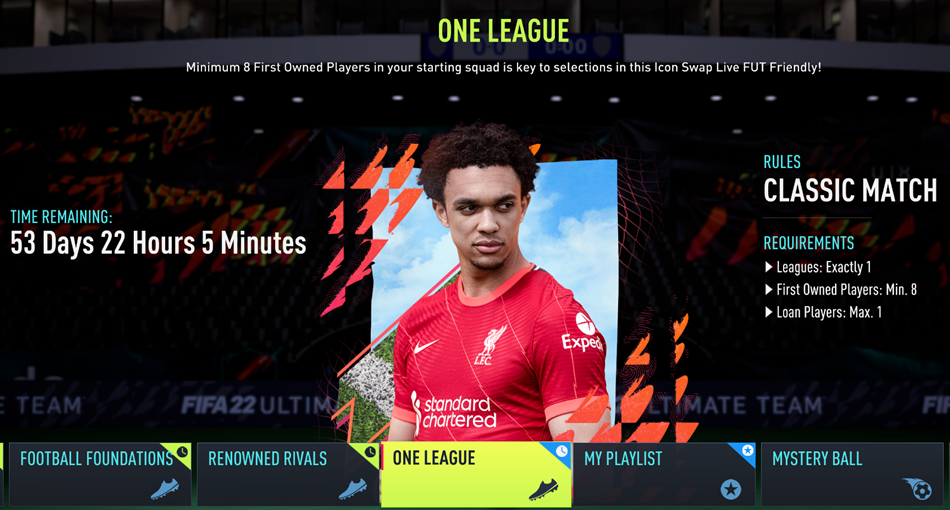 The time of the year we all wait for. Icon Swaps are finally here and so are the Prime Icons. Let me explain what Icon swaps actually are for the ones who are new. EA gives you several objectives to do in Friendlies, Squad Battles, or even with Rivals. Completing gives you an Icon Swap Token which looks like a card. Now there are several swap options you can choose from which costs a particular number of tokens. You need to exchange the tokens you have for this reward.

I will be publishing a complete guide on the new Icon Swaps. Click here to check it out.

How to Enter One League?

Let us quickly check the requirements for One League :

How to do One League Objectives for Icon Swaps Quickly?

Now that we know how to arrange a team for One League-friendly mode it is time we quickly check the objectives required to get the icon swaps through this friendly mode. EA has given us 3 Icon Swaps through 3 sets of objectives.

You can check the Icon Swaps objectives under Milestones. For One League you have 3 league-based objective sets. Let’s check them out 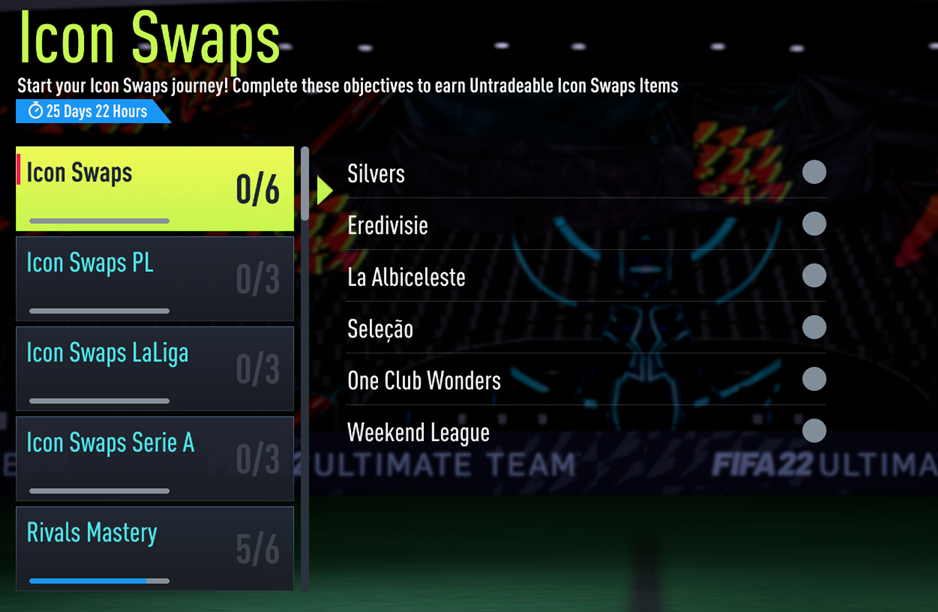 How to quickly do Offline Objectives for Icon Swaps 1 :

Here is how we can easily complete the offline objectives for Icon Swaps 1.

Note: Remember all Squad Battle games to be played in World Class difficulty or higher :

The best way to complete Squad Battles and not get bored of it is by following this simple glitch. Yes, we have a glitch too this year and it works on the World Class difficulty. However, the downside of it would be that it works on the weaker teams since the better ones would press too much and they will end up winning the ball back.

Also, update your opponents to make sure you get easier opponents but remember that you get only 8 refreshes in total.

There you go, an easy and simple guide on how to quickly complete the online and offline objectives for Icon Swaps 1. I hope the article was helpful. Do let us know in the comments section below.