In this guide we will discuss about the best custom tactics for Counter Attack in FIFA 22 Ultimate Team. 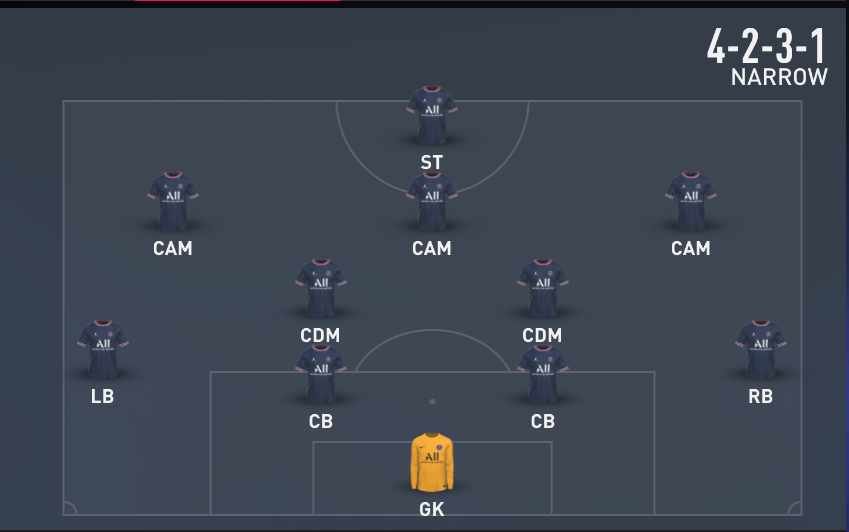 I have tried a lot of formations this year but the best one for quick counterattacks would be none other than the 4-2-3-1. The reason being the 4-2-3-1 is very strong defensively. It seems like a lot of people do not understand what counter-attacking exactly is. You will find plenty of videos where streamers would probably use formations like 4-3-3(4) or any other attacking formation. Then they would give you a tactic with high depth calling it counter-attacking setup. Trust me when I tell you this. This is not true.

Counter Attacking in football is basically a fast transitional attack with only a few passes. It is basically exploiting an offensive blunder from your opponent and taking the ball across the pitch as fast as possible before the other team could recover defensively. Thus making it easier for you to score with fewer people on defense.

For this to happen you cannot use a formation that is good for pressing like the 4-3-3(4) or 4-4-2. You need to use a formation with defensive midfielders and make sure that the opponent advances towards your box so that you can easily counter them when they make a mistake. The 4-2-3-1 works perfectly for counterattacks. With my set of custom tactics, you will see how brilliantly the team would move up the pitch for a counterattack.

Note: Counter Attacking does not mean parking the bus. That is one form of playstyle which I personally dislike and will never ever recommend doing . 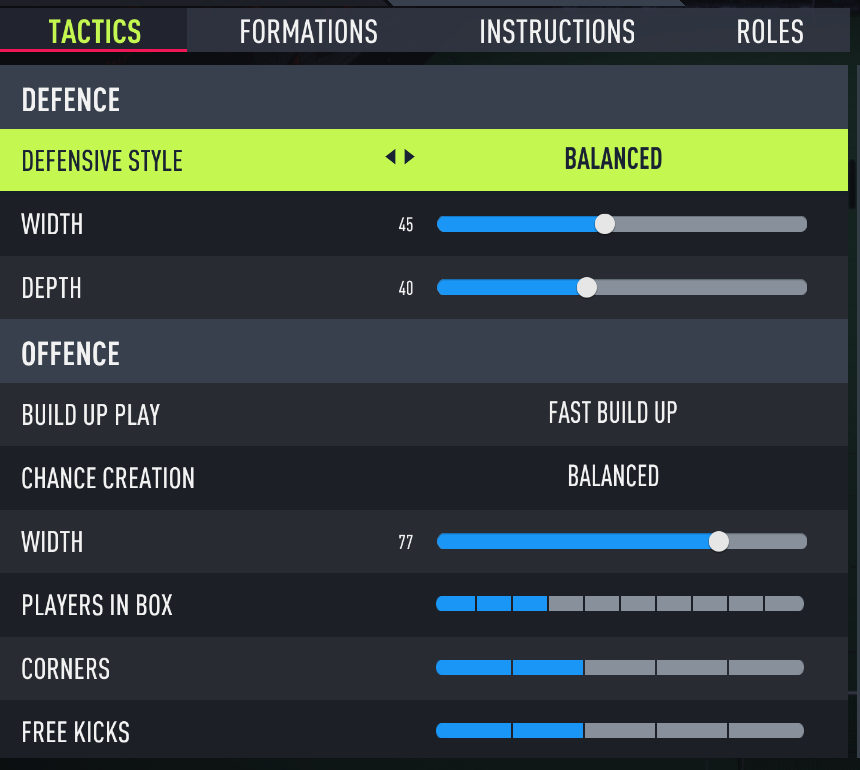 Use these player instructions to ensure your team works exactly like they would in a counter-attacking situation.

The most annoying type of FIFA player is the ones who always have their back to their goal and keep passing the ball until you pull out a defender. They would literally keep passing the entire game doesn’t matter if they need to score or not but they just won’t play on a risky ball forward. These custom tactics are exactly what you would want to use against these type of players. Players who keep passing around your penalty box and who keep the pressure on. This tactic would be a nightmare for them.

I hope this guide was helpful. Currently using these tactics in Elite Division and it is working well. Do let us know in the comment section down below.