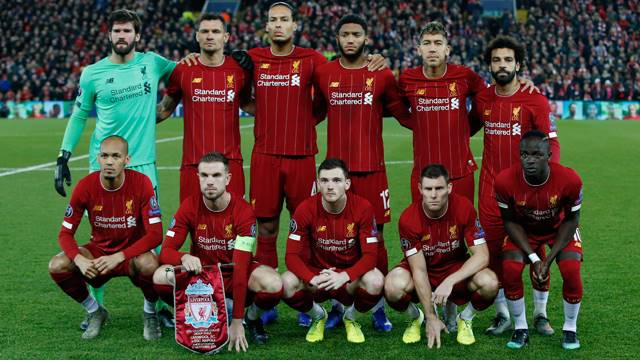 Liverpool is known for their fast attacking style of pressing football. Klopp is a genius when it comes to the gameplan. We remember how they shattered Barca’s dreams and now we would remember how they dominated Manchester United for an easy and well-deserved 5-0 victory. I will hence try to re-create the tactics that they were using for that match and also what they use in general. 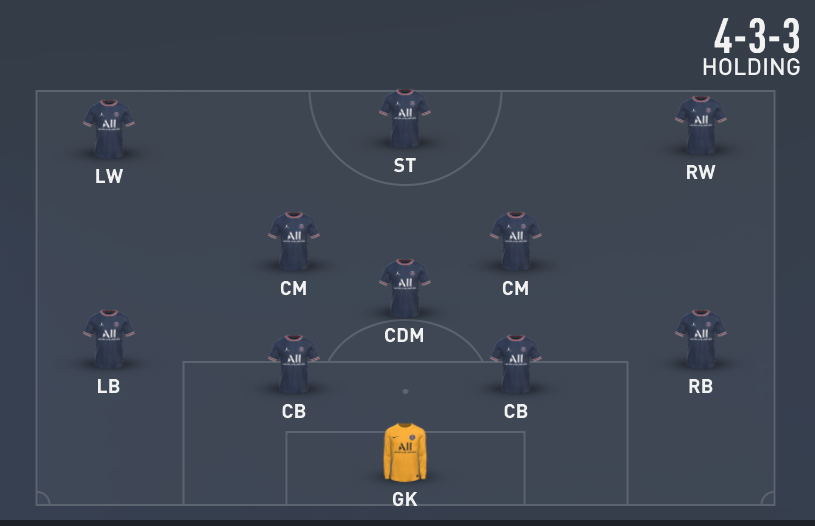 Klopp generally plays a 4-3-3 in-game with super fast movement, especially in the wings. The main objective for this formation would be to stretch out the offense and release the wingers for almost free runs down the flanks. After the patch the finesse shots are pretty much useless therefore we have to depend on a lot of player movement and passing. Sure we can try doing skill runs but even that would not be as effective as last year.

For players like me who play on very average connection, we rely on proper movement to make things happen. This is how I had set up the tactics to replicate how Liverpool plays in real life : 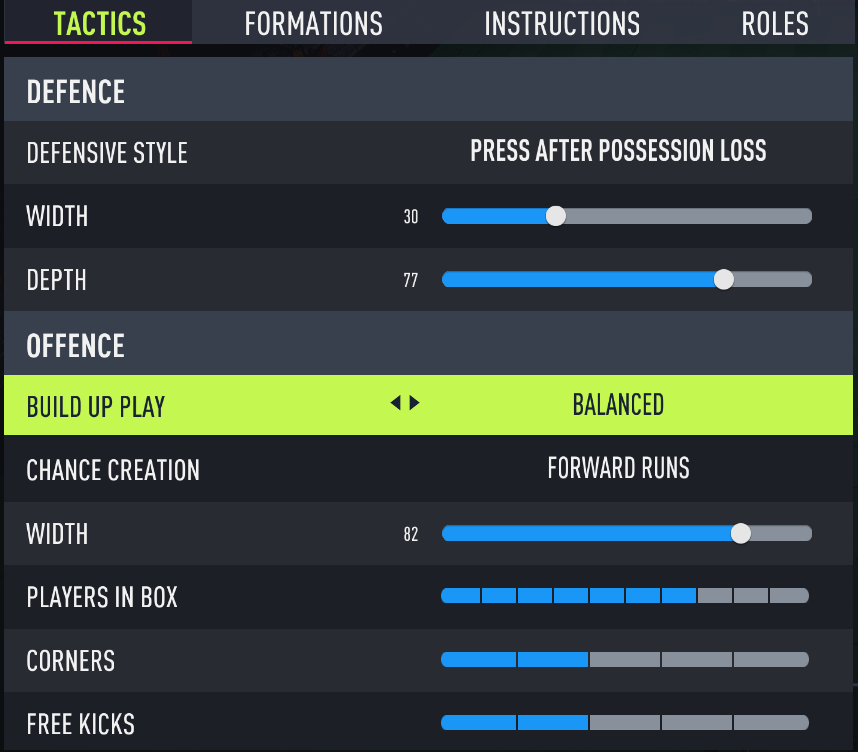 Use these instructions exactly the way I show you :

Like I said before, Liverpool is known for their fast-paced pressure football. They make the best use of the wings with two of the best wingers in the world at the moment – Salah and Mane. Make sure you have a Left Footed player on the RW and a Right Footed player on the LW. Try to look for their runs and with the tactics, I showed you they would do that a lot. You can easily lob the ball to them and then get a free run in the box for an easy cutback pass leading to an instant goal.  Also, look for the runs the fullbacks would make from time to time. The moment you cut inside with a winger the full-back would be making a run to stretch out the play even more.

Do not be afraid to use the Press After Possession Loss tactic. However, if you are really bad at pressing then stick with Balanced. You might get countered using these tactics so be careful about playing too many risky passes. I would not suggest this from minute 1 . Maybe you can try this when you go a goal down. If you are good enough defensively then you can play this throughout the 90 mins.

I am currently in Elite Division and this formation is working quite well for me. Give it a try. We are not getting relegated this year so why not try it? I hope this guide was helpful. Do let us know in the comment section below.