It is finally here, what we football fans have all been waiting for. FIFA 22 trailer is out and it looks pretty amazing. Let’s break down the trailer and try to understand what we are going to get this year. 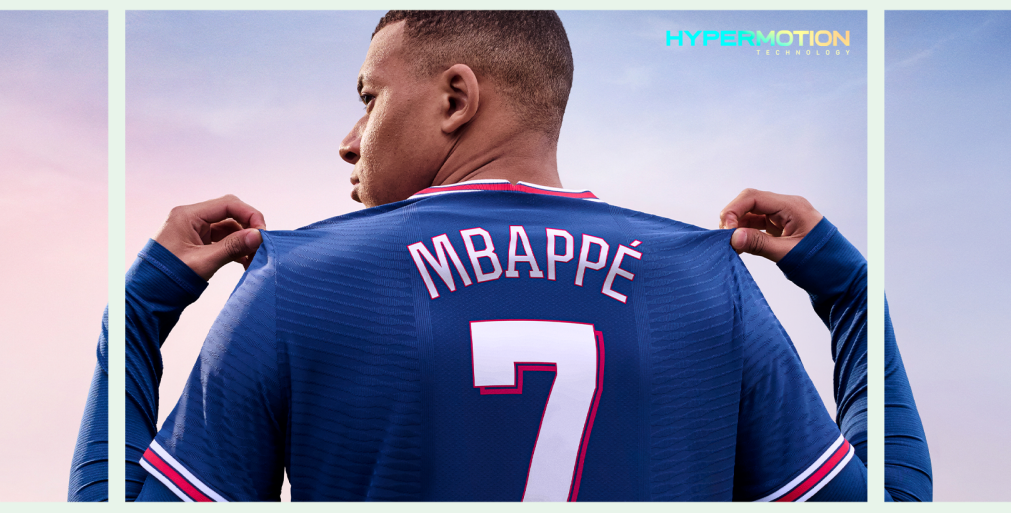 The FIFA 22 Trailer looked so neat, to be honest. Seems like Kylian makes it 2 years in a row as the Cover Star. And why not, he had been outstanding the whole year. Other stars like Alexander Trent, Eden Hazard, Marcelo, Son, and many more were all seen in the trailer. The visuals and facial details look amazing as well.

Click here to check the Official Trailer for FIFA 22.

What do we get this year?

Well, a lot of us were disappointed at FIFA 21. The gameplay was flawed according to many. The visuals on current-gen consoles and PC were pretty average. However, there were new skill moves and new features in Ultimate Team.

I did not really enjoy the Stadium feature that much though but Ultimate Team really did keep me engaged for a whole year with exciting cards and overall content.  Although I did feel that certain player stats were not correct and certain body types did not work in the game at all. The meta was counter-attacking gameplay with pace and 5-star skill moves to be the ideal stat in offense and using Full Backs as Center Backs in defense.

For FIFA 22, we would not be able to discuss gameplay since we know nothing of it yet. But if we look at the trailer and the cover properly we will notice that the game is now powered by Football. The new Hypermotion Technology was the main focus of the trailer where we see stars wearing suits that would help capture their in-game animations accurately. Also, we see the heel-to-heel, Iniesta Skill Move, and the bridge skill move in the trailer. This could probably mean that these moves could be ideal for gameplay.

The game is set to release within the last of September or the first week of October. We do not know the exact release date yet. However, we can expect it to be released by the end of September since this year there are no delays announced like in 2020.

What is Hypermotion Technology?

As far as I have understood the new Hypermotion Technology is a feature that allows the game to capture animations and movements of star players and incorporate them into the gameplay. Basically redefining Player Traits just to match their real-life counterparts. We see how the players were dressed in suits which allowed the game to replicate the way they move in real life within the game.

One thing that really let me down was the fact that this Hypermotion technology is available only for Next-Gen Consoles (PS5 Xbox X|S). Sadly Current-Gen and PC will not get this feature at all. There were also other rumors like Weekend League will only be available for next-gen console users. This, however, is not proven, and let’s just consider it a rumor for now.

If you actually check the FIFA 22 Official Website you will be able to see that the Hypermotion technology is only available for next-gen users.

Once you click on the link I provided you with and then click on Pre-Order and finally PlayStation you will be able to see this :

Similarly, for Xbox you will see this :

Finally, for PC you see this :

This kind of proves that PC users and current-gen users will lose out a lot on FIFA 22. I really did not like this move by EA. It’s going to be like a whole other game on the next-gen consoles with better animations and improved player traits and let’s not forget the visuals too.

FIFA 22 is available for Pre-Order. You can directly visit their website. Or you can pre-order from either Steam or Origin. We have two Editions as of now :

Let’s compare the pre-order bonus and features of both editions :

There you go, all the important details you need to know about FIFA 22. I am sure it is going to be even better than last year and I guess even better for next-gen users. If you think this guide was helpful do let us know in the comment section down below. Also, share your thoughts on FIFA 22 as well.