Looking for the right Custom Tactics to play the Tiki Taka style of football revolutionized by Pep Guardiola’s Barcelona?

Well, I have just the right guide for you. It took me quite some time to experiment with the tactics but trust me when I tell you this is the closest you could get to the Barcelona Style Tiki Taka Custom Tactics.

Keep reading to find out more. 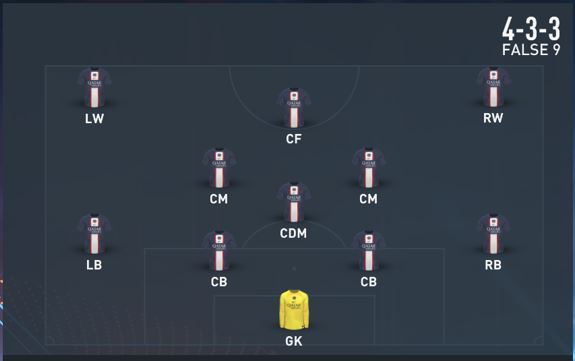 Pep Guardiola is considered one of the greatest managers in the beautiful game. He managed Barcelona from 2008 till 2012. It was during this time that Barcelona played the most unstoppable, artistic, and eye-soothing football one could ever witness in his life.

Yes, the Tiki Taka style of play as they call it, is where the team constantly builds triangles around the opponent’s defenders to constantly keep the ball moving when they attacked. Most of the passes would be from the first touch making it extremely difficult for the defenders to tackle.

The Tiki Taka was literally impossible to counter back in the day. However, the game evolved over the years and now we do not get to see this tiki-taka style of play much often as coaches have learned the weaknesses of this highly efficient attacking play style.

However, it becomes extremely difficult to replicate this style of play in a FIFA game because it is the AI we have to deal with. Most of the time the attacking AI would be clueless and would depend on your level of skill to get the best out of them.

This year EA has really improved the passing which is why I am happy to say that you actually can replicate the exact Barcelona style of play in FIFA 23. Let’s say I have broken the code and now I can get easy goals and my opponent would not be able to do anything about it.

The 433(5) also known as the False 9  is the best formation suited for the tiki-taka style of play. Especially because you have a CF instead of an ST. Here is the perfect tactic to use with the 433(5) : 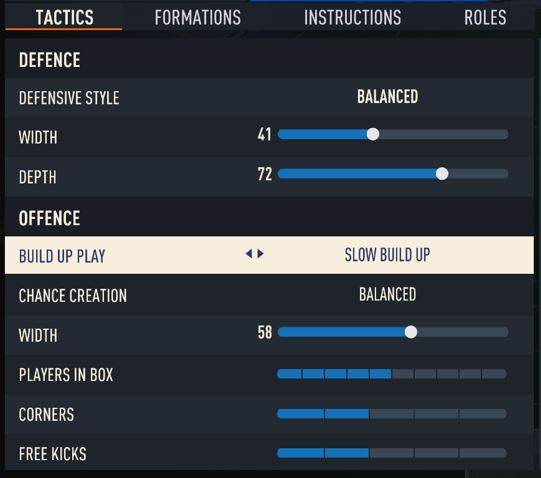 Use these instructions  to replicate the Tiki Taka strategy perfectly

If you are not familiar with the Tiki Taka and you are here just for a 433(5) custom tactic then go ahead and check some of the old Barcelona videos from youtube.

You need to be patient and work the ball around. Remember one thing FIFA these days is not programmed for quick one-touch passing. Instead, slow steady build-up or fast build-up with long through balls had been meta for quite some time now.

So if you are looking for the exact Barcelona style of play you would not get it. I said before, this is the closest you can get. one-touch passing is just not there in FIFA these days. The game gets slowed down and the AI gets confused. So try to take a few touches before passing. If you want to do one-touch play then don’t pass more than 3 times in a row.

LW and RW are the main attackers. They would score more goals than the CF in this formation. they would cut in constantly giving you more options in the middle. It is difficult to mark them when they cut inside suddenly, giving you a free path to the goal.

Just don’t keep passing all day. Like I said before, the game is not designed that way. Your players will slow down, become less agile and eventually give the ball away. Try to lob once in a while. Use more L1 or Lb passing.

This formation is very attacking, do not be surprised if you caught on counters. If you are getting caught too often, reduce the defensive depth to 50 and put Stay Back on the fullbacks.

Tiki Taka works on your imagination. You need to work out the build-up in your mind while you are building up. What I am trying to say is that you must think till the end. You just cannot keep aimlessly passing around with no intent to build up an attack. All the best.