Tired of playing 41212 (2) and the 4231 formation in FIFA 23 Ultimate Team? Need a new overpowered custom formation and custom tactics to dominate your opponent offensively?

Well, this guide will be about the 4-3-3 (4) formation and the best attacking custom tactics that you could use with it. 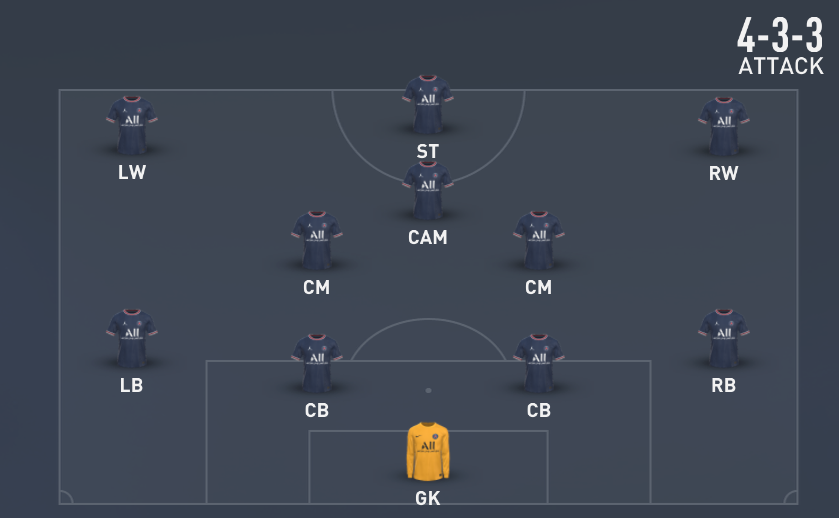 FIFA Ultimate Team is undoubtedly the most played and also the most enjoyable FIFA game mode ever. Its popularity is mainly because of the fact that you get to build your own team with your favorite players and then compete against other players online.

We love football and we love multiplayer, combine both and we go crazy. Since FIFA 23 Ultimate team is so competitive there is a constant need to get better players and build better tactics to help you in different scenarios.

For the last 3 years, 2 striker formations had been meta all the time. We do not really see guys playing the classic 4-3-3 formation and its variants. The only 1 striker formation that people would use would be the 4231.

We are going to talk about the 433(4) which is an attacking 433 variant and also a more attacking and wider variant of the 4231.

Best Custom Tactics for Attacking with the 4-3-3 (4) Formation :

We will be talking about an attacking custom tactic. So you might not want to start the game off with this tactic. It is up to you, however, I would recommend playing this if you go a goal down. 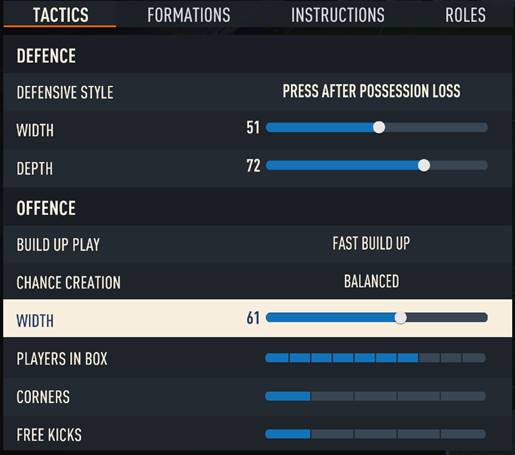 Use these instructions to effectively use the width of the formation to your advantage.

The main reason why the 433(4) formation is so attack-oriented is the width of the formation. It’s a wide formation that forces the opponent’s defense to lose shape and become wider so that the fullbacks could mark the wingers.

We are using Stay Wide on the wingers so that they increase the width of the formation and force the full-backs to drift wider. This will create space in the middle for my CAM and ST. If your opponent is playing low defense width then you would find your wingers always outside unmarked waiting for a through pass.

We are not going to try and make this formation defensive. You won’t be able to defend with this formation against good players. But what you can do is quickly put pressure and get a goal with this one. So use it when you go down by a goal. You can start with this but change the moment you score.

Through balls to the wingers would be key. Through ball to the striker with the CAM and CMs would also be your target most of the time. Always look for open wingers and lob the ball to them.

You would occasionally find your full-backs pushing forward even with stay-back instructions. That is because of the attacking nature of the formation. Don’t feel shy to get those long through balls to the fullbacks if they make that run.