Looking for the Best Starting Squad or Team within 50k coins? Well, this guide will help you build the best squad for beginners within 50k coins in FIFA 23 Ultimate Team.

FIFA 23 will be the last title with the name FIFA, and that is why I have high hopes for this game. It has just launched and I feel that this year might just be EA’s best year. Of course, this would be the last EA football game, we are going to get one but with a different name.

The FUT 23 Web and Companion Apps are out which lets you access FUT content on your mobile phones. You won’t be able to play the game but you will very well be able to do trading and SBCs to build yourself a decent starting squad before the game even begins.

Speaking of which we are here to discuss the best possible squad you could initially build under 50k coins.

Like almost every year it seems like EA this year too has made the Serie A, the best possible league which you could begin your FUT journey with.  The Serie A players normally have great stats and are cheap which makes them excellent as first picks for your starter squad.

Take a look at this squad given below : 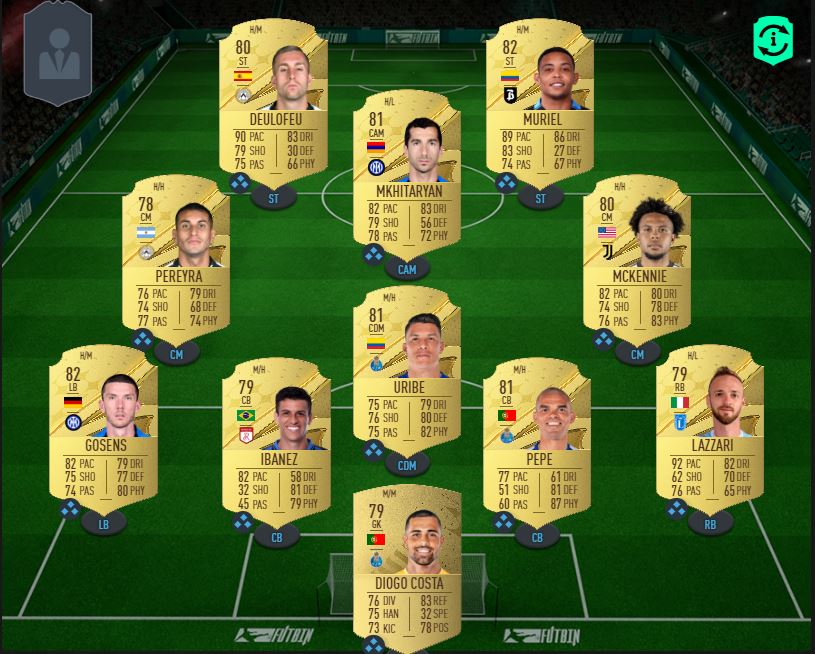 I have used a hybrid squad consisting of players from the Liga NOS and the Italian Serie A. The formation I am using would be the 41212 (2) and I am using 3 box-to-box CMs just to keep the pressure on in attack.

Deulofeu is surprisingly an excellent striker this year. Muriel is always good when the game begins and we do not really need to talk about the two defenders Pepe and Ibanez. They have the pace and strength to out-muscle the forwards in the game. Gosens is a great pick for an LB. You can also go for Marusic.

Take a look at the second squad : 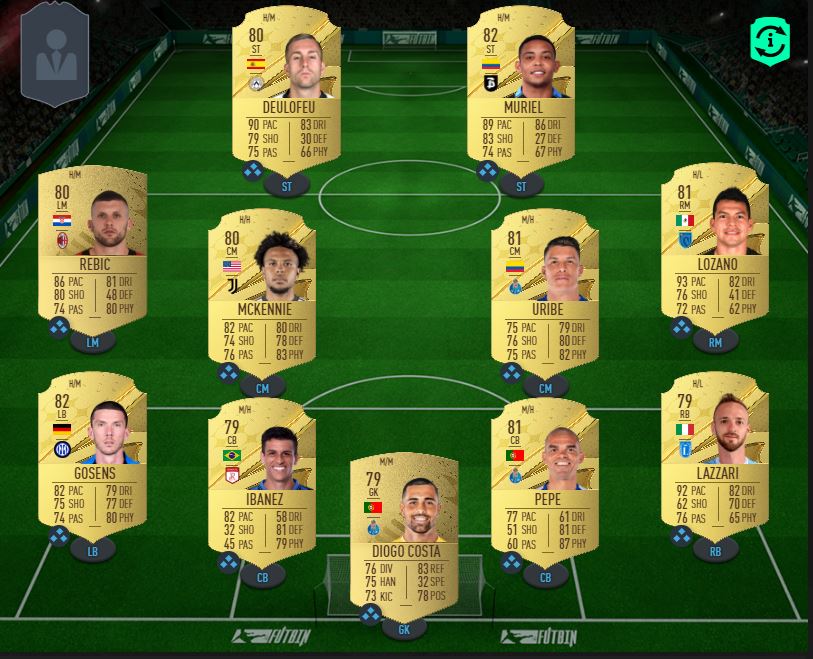 If you need winger or side midfielders in your team then go ahead and add Rebic and Lozano to your team. I replaced Pereyra for Lozano and Rebic for Mkhitaryan. When you play a 442 or a 4222 you do not really need a dedicated playmaker. So it is best you use 2 wingers or side midfielders and 2 strikers in the team.

You can always try and experiment with other players as it is completely up to you. However, if you want suggestions about which players would be worth trying out you can use the ones I have shown.

You could also build a team around a good player that you had packed. But in case you aren’t that lucky go ahead and use the squad I have shown.

The team would cost you around 35-40k at the moment. You can add good subs for the rest of the coins. However, I believe the player prices would go up even more which is why I have kept the 10k margin.

I hope the guide was helpful. Please let us know in the comments section down below. Also, keep following FPS Index for more FIFA 23 related guides throughout the year.