This guide will help you complete the new Early Access Challenge 1 SBC at the cheapest price possible in FIFA Ultimate Team.

We have the Early Access Challenge 1 SBC today and it seems like we are going to have several more of these. If you check out the reward for this one you are getting a 2 Rare Gold Players pack. At this stage of FIFA, getting 2 rare gold cards would mean a lot, and all that you have to submit are bronze players.

I would recommend everyone go ahead and complete the SBCs that EA launches before the game begins to actually get an advantage over the players who are not aware of it. Your club will be stacked with players and it will be easier for you to build your team.

Before we check out the squad let’s go through the requirements : 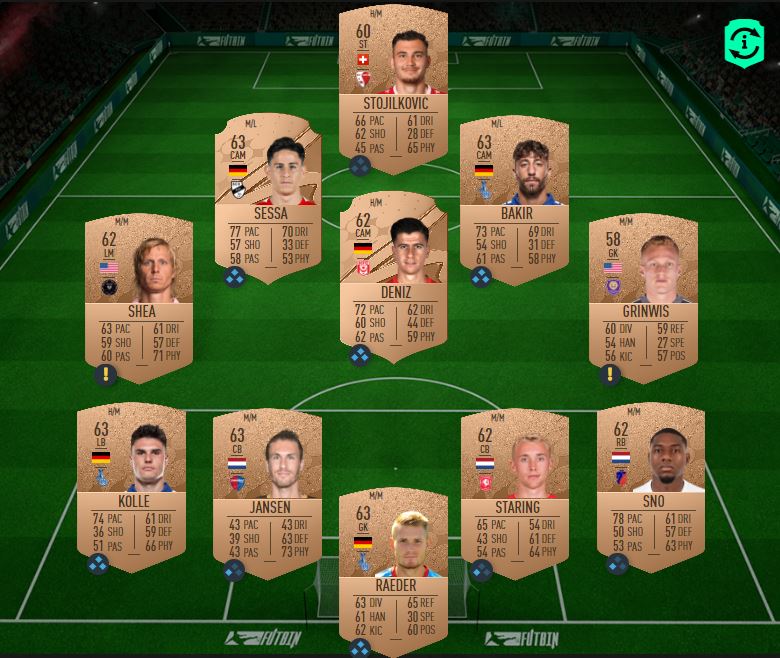 The price is an approximate one. Most of the players are not yet available in the market. Even if they are they are getting sold due to fewer packs being opened and the reason for that would be the fact that the game is still not officially released.

Therefore you could consider this to be the cheapest squad at the time of publishing this guide. You could also use players available in your own club but in case you are getting stuck with the puzzle and you need to buy the cheapest one out there, go ahead and use the squad that I have shown.

Also, keep in mind that the prices of the player will keep changing. It will go up once the game is released.

I hope the guide was useful. Do let us know in the comment section below. And also follow FPS Index for more guides related to FIFA 23.