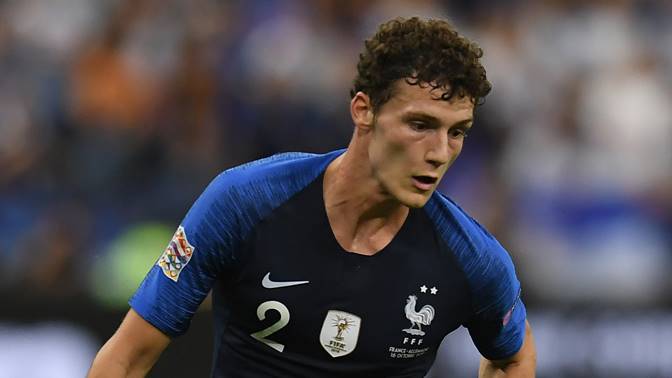 FIFA 23- How to do Moments Benjamin Pavard Objectives Quickly

It was the knockout stage of the 2018 World Cup in Russia and Argentina is leading  2-1 in the game against France.

It seemed like Argentina would just snatch away a victory when Benjamin Pavard stepped up. A breathtaking volley from outside the box crushed the hopes of the Argentinians as Pavard celebrates one of the best goals of the World Cup. France goes on to win the game as Mbappe scores 2 more.

The Moments Pavard card looks pretty good as a CDM. I would not say he is the ideal fullback at this point in time. 81 pace is just not enough for fullbacks. However, as a CDM, this guy could be really good with his Medium/High Work Rate.

I have no clue why EA has given him only 65 shooting when the entire concept of this moments card was based on his stunning volley from outside the box. He has 83 volley which is good but I think EA should have increased his overall shooting a bit more.

We do not have any dedicated friendly mode for this card. You need to go to Milestones to get the objectives this time. This is how you can easily complete them quickly.

French Finisher: You need to score a total of 7 goals with a French player in Squad Battles on at least Semi-Pro difficulty or higher, or in Division Rivals. Make sure your forwards are all from France. This would make it easier to complete.

All-Rounder: You just need to assist one goal with a defender in Squad Battles on minimum Semi-Pro difficulty or higher, or in Division Rivals. You can do this by playing a LB or a RB  as a CM or anywhere you want. Just make sure the passing stats are good. You can also sub in a defender like Trent Alexander-Arnold in the Striker or CAM position to help you get the assist. You can do this in Squad Battles on at least Semi-Pro difficulty or higher, or in Division Rivals

Fine Touch: You need to score with a Finesse shot in 3 separate matches. You can do this in Squad Battles on minimum Semi-Pro difficulty or higher, or in Division Rivals. Use a French ST with the Finesse Shot trait to make it easier. You can use a 2 striker formation and pass to the second striker when you go 1 v 1 with the keeper. You can also use Messi to score as he has the best finesse shots in the game. Also green timing your shot would help you out a lot. You can get this done in Squad Battles on at least Semi-Pro difficulty or higher, or in Division Rivals.

Winning Battles: You just have to win a total of 7 matches in Squad Battles on at least Semi-Pro difficulty or higher, or in Division Rivals.

There you go, that is how you could easily complete the objectives for Benjamin Pavard Moments.

I hope the guide was helpful. Please let us know in the comments section below. Also, follow FPS Index for more guides on FIFA 23.