Looking for the cheapest way to complete the new End of an Era (EOAE) Franck Ribery in FIFA 23 Ultimate Team?

Well, you have come to the right place as this guide will help you get this SBC down at the lowest possible price. 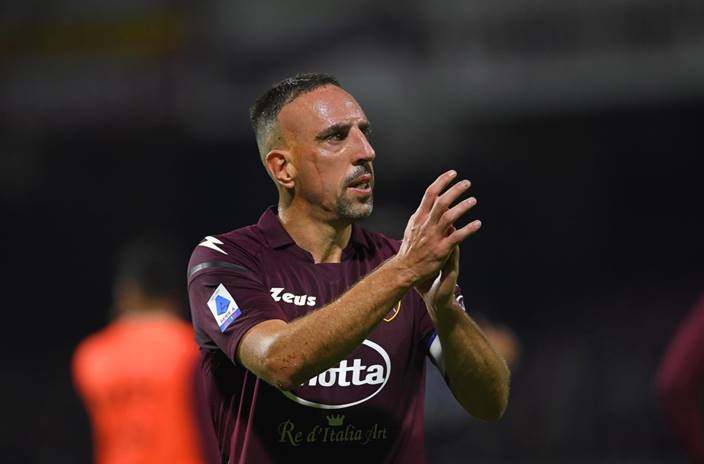 Franck Ribery, one of my all-time favorite French footballers, announced his retirement back in October 2022. An immensely talented player who could dribble like Messi and finish like Ronaldo. He was fast, agile, and could beat defenders like they were nothing.

No wonder why every year we get a Franck Ribery card, and every year, he is right up there as one of the best cards in the game. The best thing about this guy is the fact that he has a 5-star combo which only a few players have in Ultimate Team. 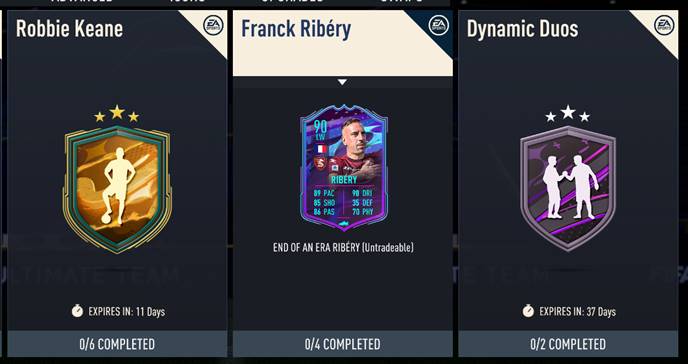 His height, acceleration, and agility make him an Explosive Accelerator. This means he could easily beat defenders with short bursts of pace. With dribbling improved in the new patch, explosive players now feel quicker on the ball. Left-stick dribbling feels more responsive.

This is perhaps the best time to get this card. If we did not have the patch maybe no one would have bothered getting this SBC done. However, the latest patch changes everything. People will now rely less on lengthy players.

Even though lengthy will still be the best acceleration type in the game when it comes to longer sprints but explosive would be so much better with those instant bursts of pace to beat defenders.

Cheapest Squad for the End of an Era EOAE Ribery SBC :

The SBC would by no means be cheap. You need to submit 4 squads. 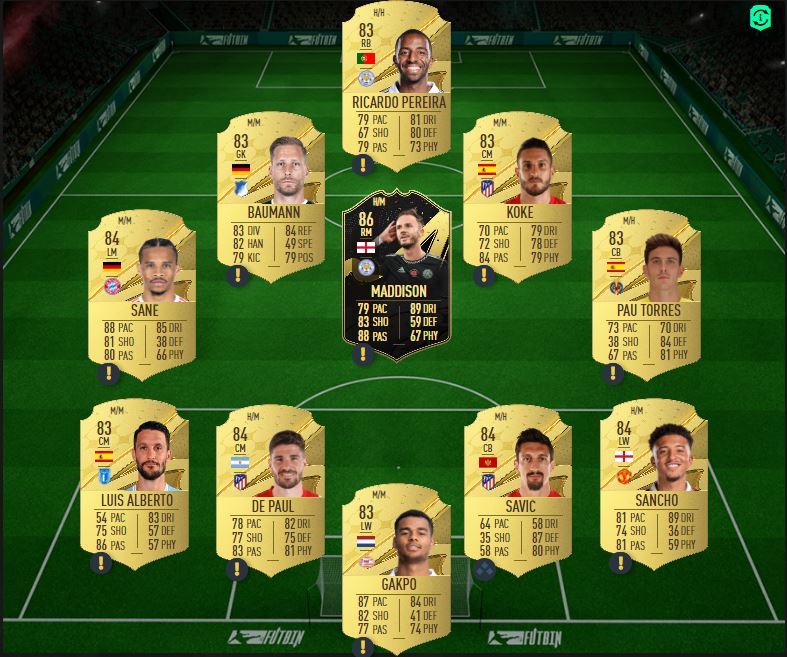 Here is the cheapest 1st squad for the SBC. Take a look at the price of this squad below. 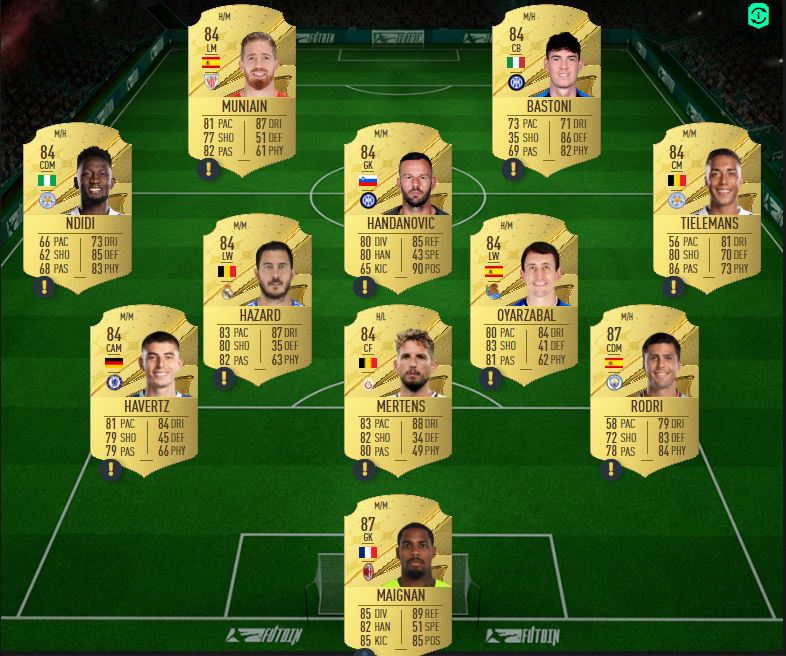 Take a look at the price of the squad below. 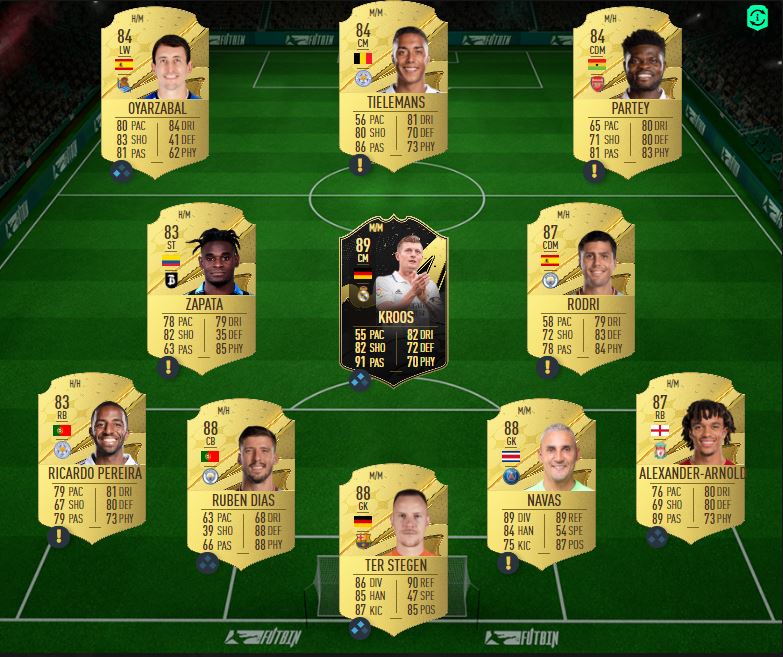 Check out the squad price below: 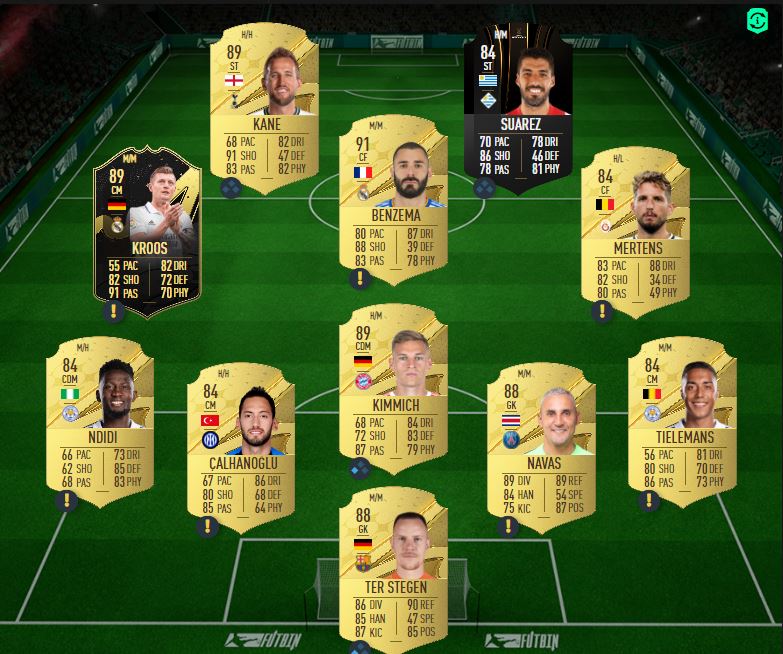 Check out the price given below:

If you ask me 480k is definitely not a little number of coins. This is still the cheapest cost of the SBC which I have shown you above. Also, the squads in this guide are the cheapest ones you could build considering the time of publishing this guide. The Transfer Market is highly unpredictable and player prices keep changing.

This  SBC, by no means, is cheap. However, whenever we had a Ribery card in the past, he would always be around 2m-3m coins. Compared to that, this is just an SBC. We have 13 days for this and we have at least 1 WL and 2 Rivals rewards ahead of us.

If, you could complete this SBC within 250k coins, consider it a big win. He is going to be really good in the game. You are getting 5-star skills with 5-star week foot. Along with that, you would get amazing dribbling, passing, and even shooting. He is like an ideal CAM.

I would recommend anyone who has enough fodder to complete him no matter what. In case you are out of fodder then just use the squad I have shown if you have the coins to buy. I have recently done the Icon SBC and I would be waiting for my Rivals and WL rewards to complete this one as well.

I hope the guide was helpful. Please let us know in the comments section. Also, keep following FPS Index for more guides on FIFA 23.