This is one of the most interesting missions in the game where have to solve a murder mystery. Alexa Carlisle’s younger brother Zachary had been assassinated and you have to investigate and find the culprit. You would also have to eliminate Alexa Carlisle herself and acquire a Case file on Arthur Edwards.

The security is really tight in this mission as you will be spending most of your time inside the Thornbridge Manor. The mission is pretty long and it may take you over an hour to complete. But as long as you know what you are doing , it wont take that long. So lets find out how we can easily complete this mission without breaking a sweat wondering who could be the culprit. 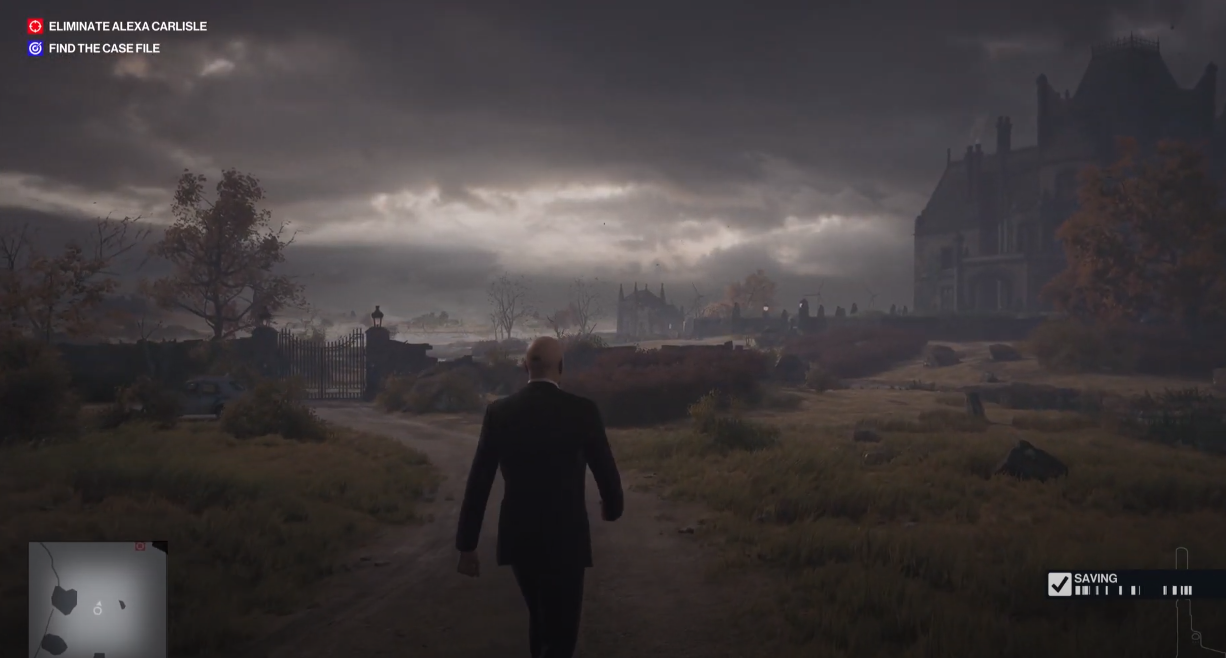 Lets just go through the entire setup of the mission. Alexa Carlisle and her family which includes her three adult children, younger brother Zachary , grandson and daughter in law , have gathered together to attend Alexa’s  fake funeral. Carlisle had also called for a famous London PI ,Phineas Whitmer , that morning whose  purpose was to investigate the mysterious death of her younger brother Zachary. The target already knows that 47 might be coming so we have to be a little careful here.

As the mission starts you need to make your way to the Entrance Gate where you find Whitmer waiting . 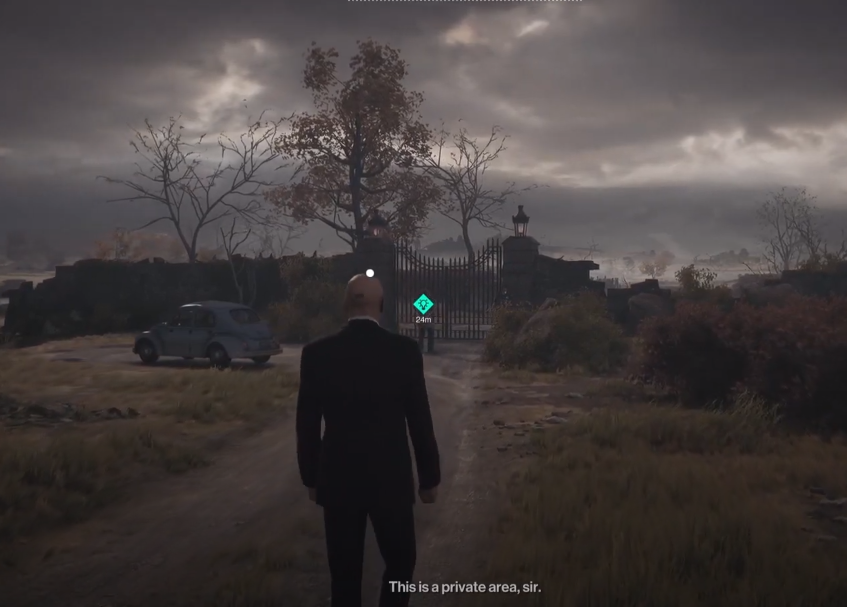 Hide and wait for him to enter. Then enter the area undetected from the right side and follow Whitmer. Wait for the right moment to eliminate him and hide his body. You need to disguise yourself as the PI. When you enter the Manson you come across Alexa Carlisle who tells you about what had happened. You will be lead to the Crime scene  by Mr. Fernsby . 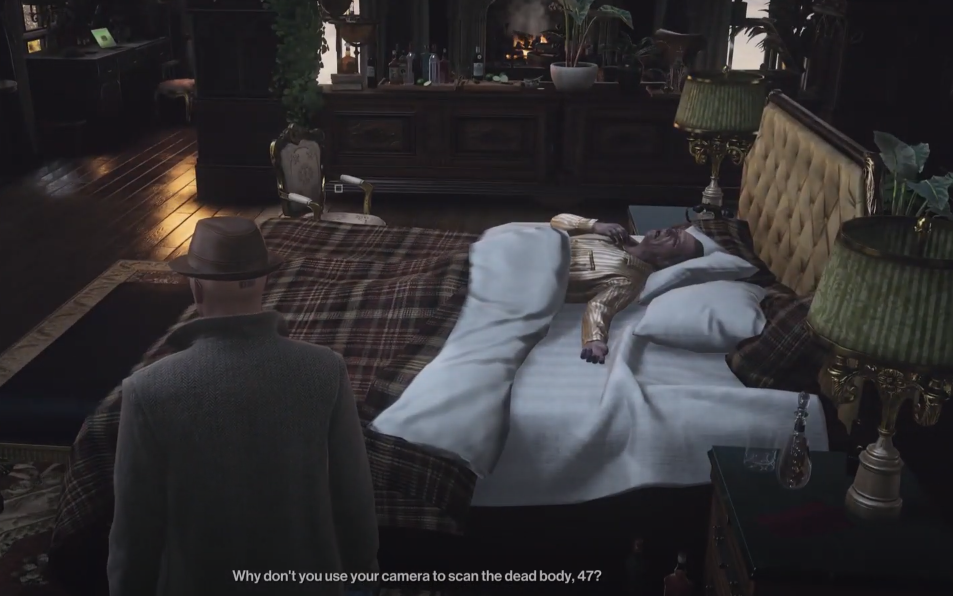 After you enter Zachary’s room you will have find clues. Six of them . use your camera to scan for clues. After you scan the body you will get to know that he was assassinated last night around 10’o clock by poison extracted from a rare plant . These the clues you need to find in his room :

Next , you need to speak to Fernsby who would tell you that he was in his office last night during the time of death and that the family members were the only people in the building. He would give you a list of suspects and you would have to question them. People you need to question are :

You first speak to Patrick , then you speak to Gregory and Emma . After you speak to them just go outside from that room and scan the ground as shown in the picture. 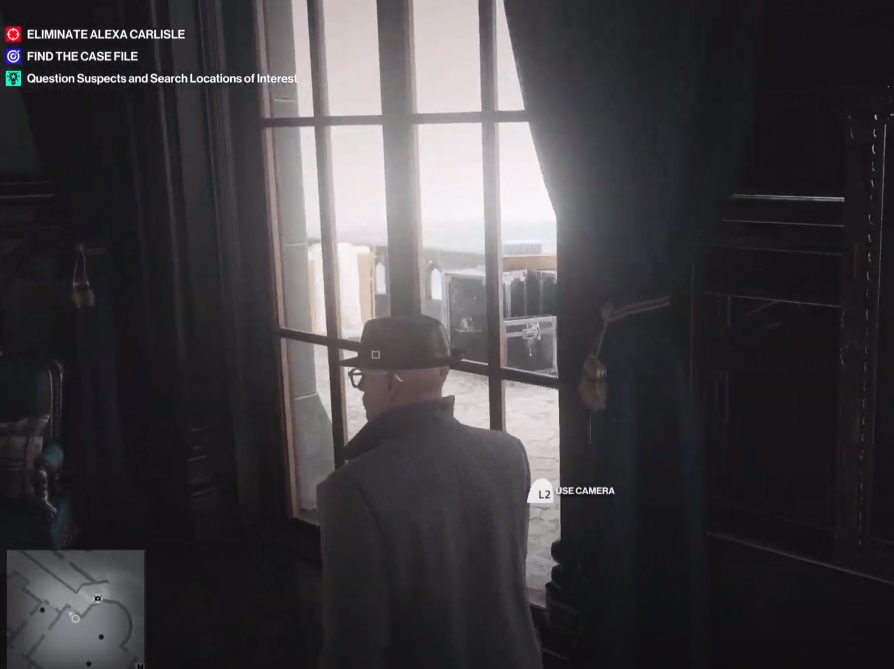 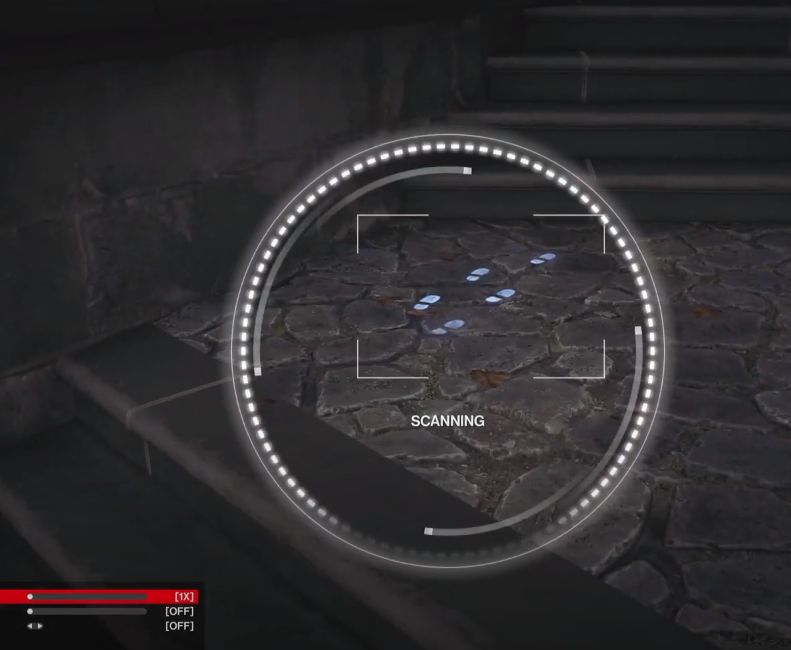 Go back into the room and speak with Rebecca . She was actually the one who spoke with Zachary last night . She also said that Emma acted a bit strange and Zachary was a lot more chatty than usual and that he asked her about her connections in the publishing business.

You would have to speak to Edward who would most probably be in the dinning hall. You need to go back to the first hallway where you met Alexa and go up the flight of stairs and this time go right from there through that big door and right again. Keep walking straight until you reach Emma and Gregory’s room. 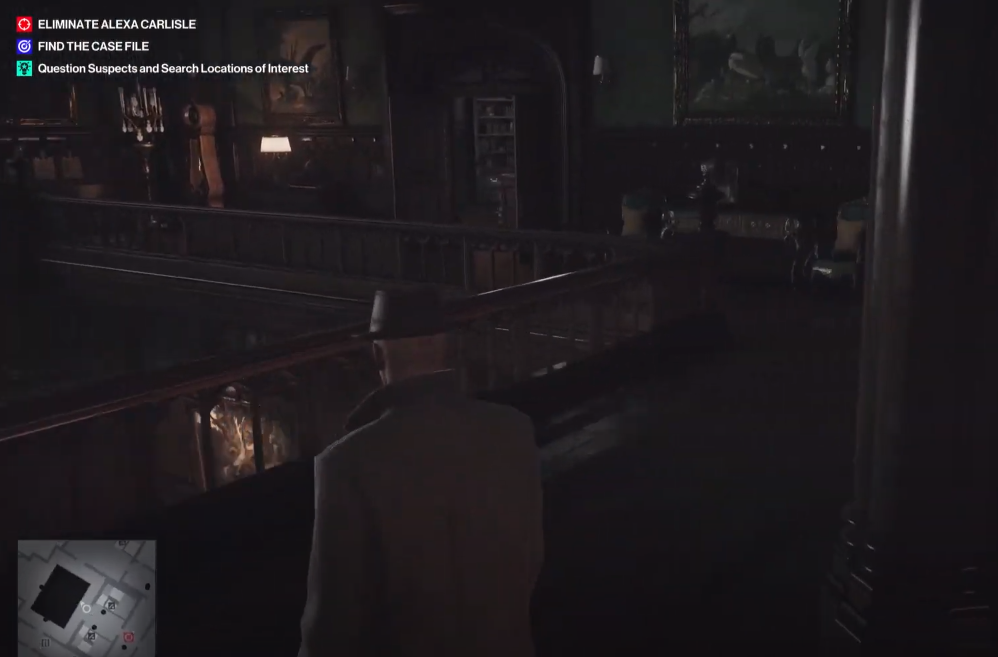 The room would be locked. So open the door right next to it. It will be the bathroom. Climb out of the window and keep going right until you reach the balcony. Now you can enter Emma’s room. You would find 4 clues in this room 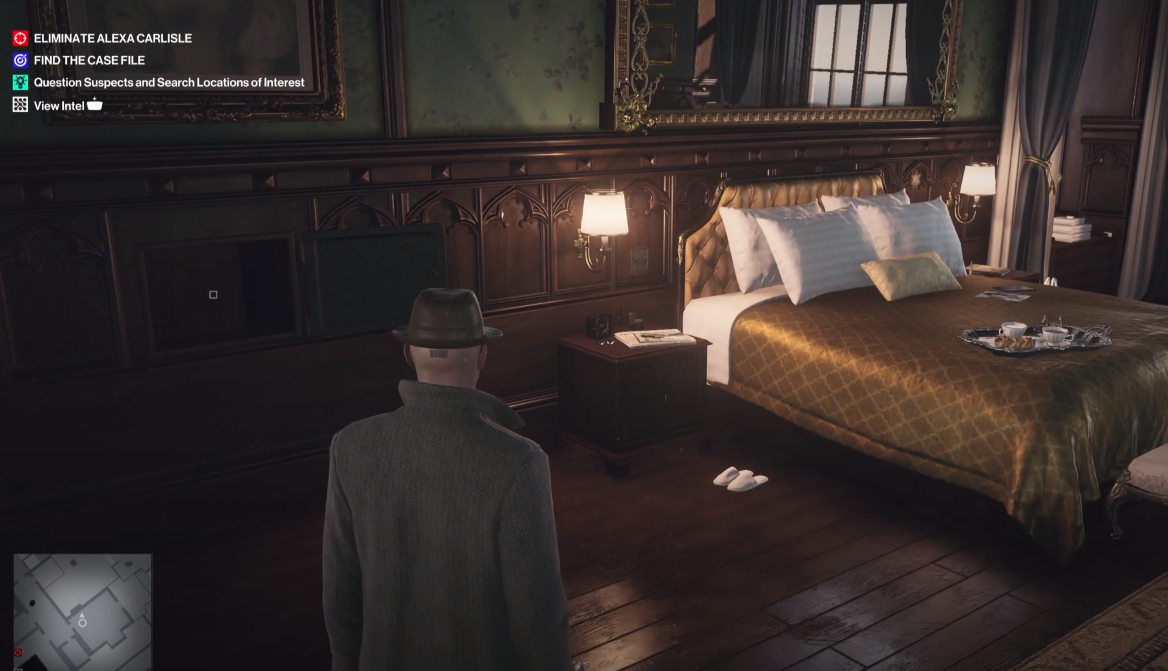 After you have got all the clues you need to go to Rebecca’s room. Just take the first left from Emma’s room and then the first right. You will reach a Hall . 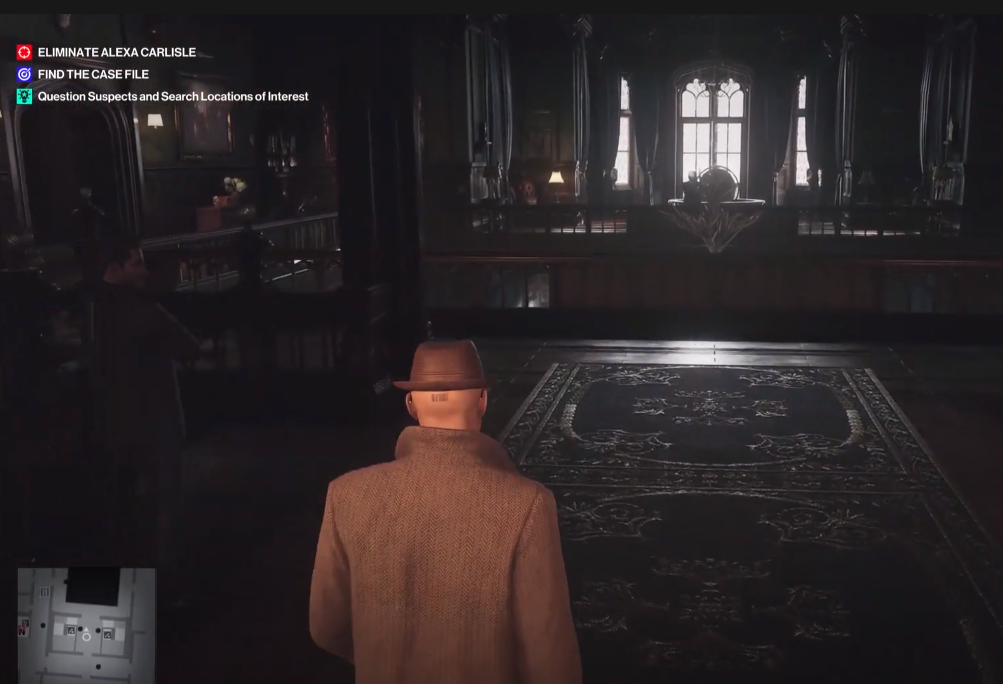 Make your way through the big door on the left and you will reach Rebecca’s room. It will be locked as well. So just climb out the window beside her room and keep heading right. You will find an open window through which you can climb into Rebecca’s room.

The clues you will find here are :

Next we have to go to Mr. Fernsby’s office. You need to go down to the Entrance Hall like before and this left head left. Open the door to find Fernsby’s office. Just infront of his office you would see Rosie . Question her and you will get to know only Emma was outside. She saw her coming out of the greenhouse. 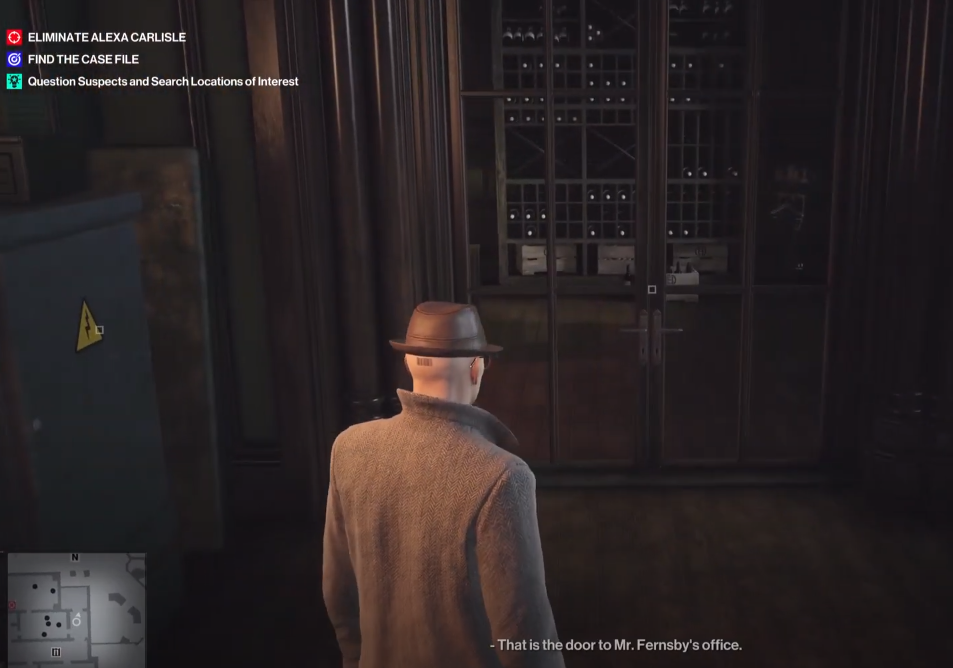 At this point you have enough evidence to convince Alexa that Fernsby is the culprit. But you can carry on with your investigation, which you should.  Go to the Greenhouse and use your crowbar to unlock the door . Be sure to stay undetected while your are doing so. 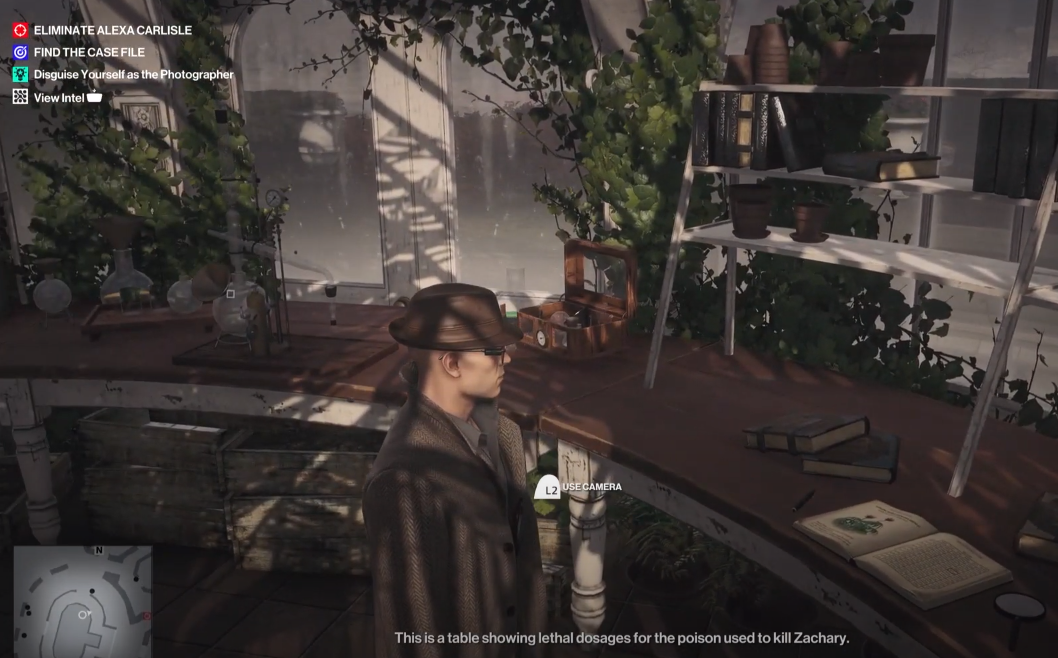 The clues you find here are :

Clearly at this point we have gathered enough evidences to know that Emma is the real culprit . You can now go continue with the other story missions or straight away go to Mr. Fernsby to conclude the case. When you meet him he would take you to Alexa’s office where you can talk to her about the culprit.  If she is not there in her office just wait for her. When she arrives be patient and present your conclusion to her. 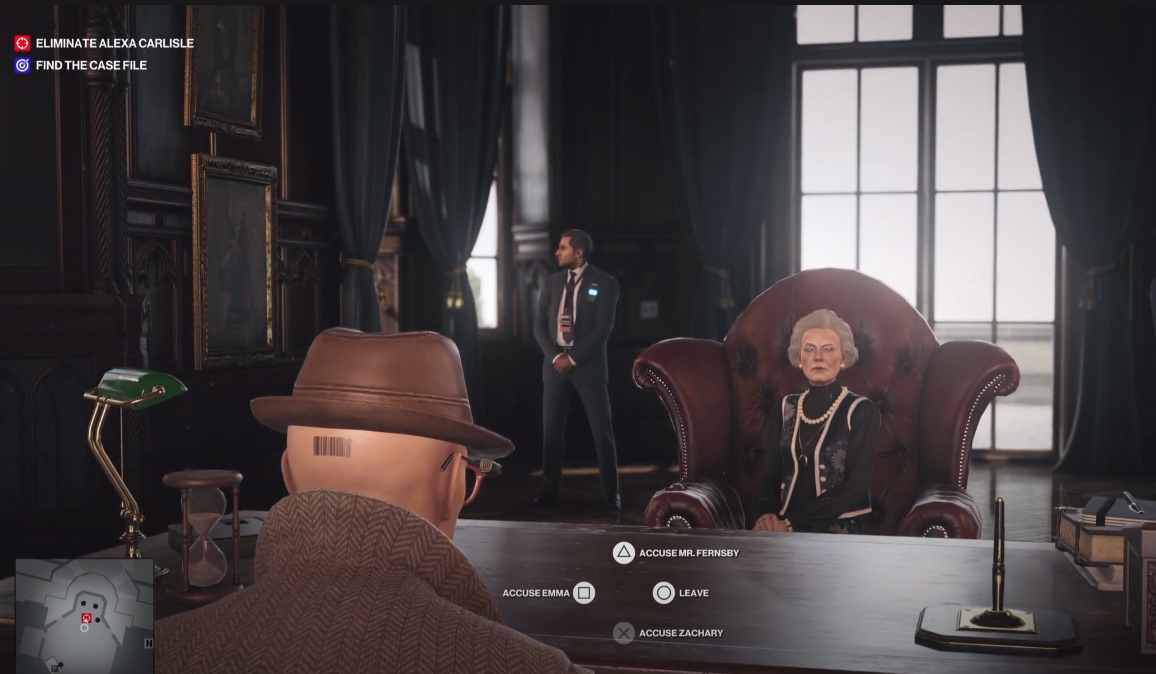 Tell her that Emma is the culprit. After a discussion she would ask what you would want as a reward. Ask for the Case File on Arthur Edwards .This is where Alexa finds out that you were 47 and not Whitmer. But she was rather shocked that 47 would help her and not eliminate her. She opens the safe which contains the file and asks you to take it. She then moves out to the balcony . Take the file and all you need to do now is to go out to the balcony and assassinate Alexa Carlisle . Drag her body out of view and make your way to the Exit. By the time they discover her body you will be on your motorbike riding away as the Silent Assassin.