This guide will help you perform the new Ball Roll Cut 180 skill move in FIFA 22. 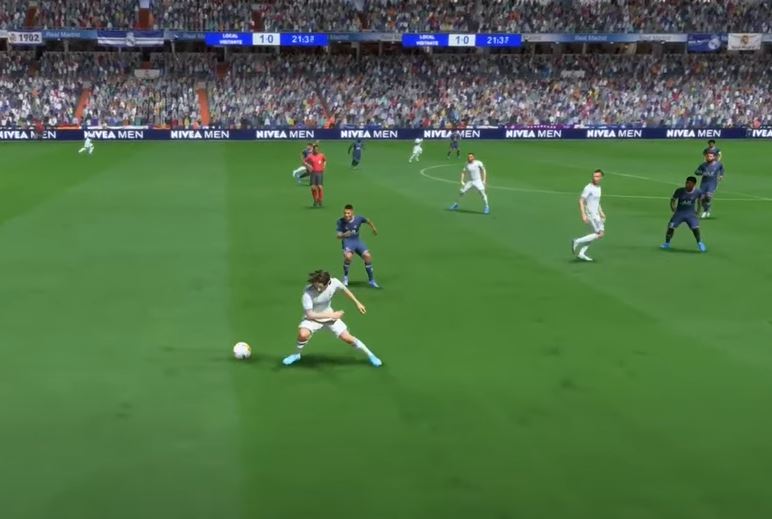 There are a variety of new skill moves in FIFA this year. A lot of these are not so effective which is why you do not generally see them done in online matches.

However, very recently EA shockingly enough has introduced a new skill move called the Ball Roll Cut 180 to the game. It is July and getting a new skill move at this point in the game is quite a shocker.

In this guide, I will be helping you learn how to do the skill move and also perform it effectively in-game.

When you log into FIFA 22 after the new Title Update (7th July onwards) you would see that there are a lot of gameplay changes. AI blocks are greatly reduced but sadly even manual blocks are reduced too. This makes defending even harder now.

Along with that, we have increased the effectiveness of low and mid-powered driven shots (Trigger Run + Finesse + Shoot). This is indeed a good move as it might bring a little variety to the shooting in the game. But at the end of the day, it is July and the game is about to end in 2 months. EA should have brought this update earlier.

There is also a new Skill move called the Ball Roll Cut 180.

When you open the game it would ask you to scan the QR in the Title update screen to know how to do the skill move. But I am here to make things easier for you. This is how you do it?

You can only do this skill move with 4 and 5-star skills. It is kind of a 180-degree chop where you turn the player in the opposite direction completely.

You might be wondering why you need to do a skill move when you can easily turn opposite direction using the left stick. Well, the answer to that is pretty simple. It is the momentum that we need to take advantage of. The game is designed in a way that the defenders would react quicker to left-stick dribbling. So if you actually turn the opposite way using your left stick the defender would easily react to it and tackle you.

However, if you use the new Ball Roll Cut 180 skill move and turn opposite the defender would not be able to react quickly enough giving you enough time to either pass or move accordingly. Always try to do the skill move when the defender is chasing you from the side.

Combining this skill move with a long pass across the pitch could be very helpful in distributing the play in midfield.

Well, that is all that you need to know about the new Ball Roll Cut 180 skill move. I have tried it a few times in-game and it works so nicely. I would not say it’s broken but it definitely is good enough to be used at times.