This guide will help you complete the new Dynamic Duo IV objectives easily.

It is Friday and we are back with another  Dynamic Duo objective. The Dynamic Duo IV would be based on two players from Borussia Dortmund. We have Thorgan Hazard and Julian Brandt and the cards look fantastic.

If you are running a Bundesliga squad this is your chance to get these two beasts and guess what they are free. All you need to do is grind for a while and you could get them easily. The last Dynamic Duo pair was pretty easy to get and I guess this one would be too.

The best thing about the Dynamic Duos is the fact that these are Premium FUTTIES which give you green links to the same league.

Like the previous  Dynamic Duo objectives, this one too will have a dedicated friendly mode of its own. You would have to enter the Bundesliga Breakout mode in order to get the objectives done. So before we discuss the objectives let’s quickly take a look at the squad requirements : 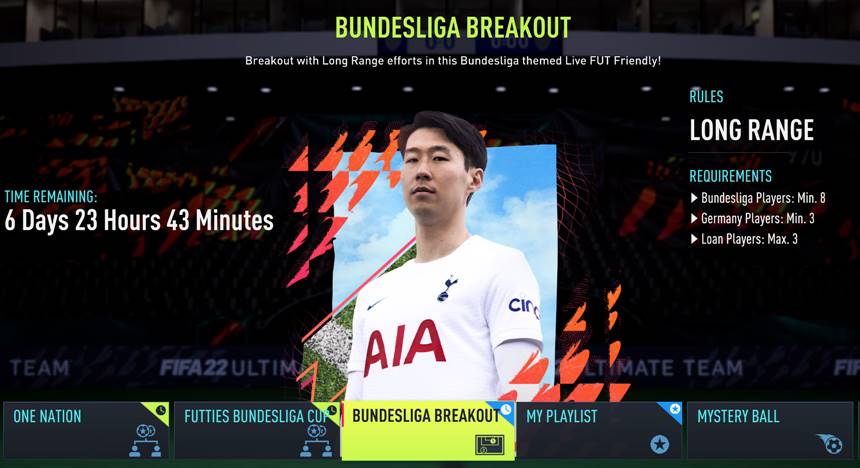 You have 7 days to complete the objectives and you can play as many matches as you want.

Now that we know how to arrange the squad for Bundesliga Breakouts we can now talk about the objectives and how they could be done easily.

Perfect Passing: Keeping the Bundesliga Breakout rules in mind you would have to get 3 Assists in total.

Bundesliga Winners: You have to score with Midfielders in 4 separate wins. Midfielders include CDM, CM, CAM, LM, and RM. You can use position modifiers to change the position on the cards to make sure you have more midfielders in the squad. Also, change your LW and RW to LM and RM. You can also change your CF to CAM. This would increase your chances of scoring with a midfielder. The win is necessary so make sure you secure the win. Try to play one of the side midfielders as a striker in a 2 striker formation.

BVB Alliance: You have to score a total of 15 goals. This would give you the FUTTIES Brandt card as a reward.

From Distance: You have scored a goal from outside the box while having the FUTTIES Brandt in your squad in 3 separate matches. You can use the finesse shot but make sure you do not shoot from the edge of the box. Take it from further out. It will allow the ball to curve. Green timing your shots would be key. You can also try the regular far post shot from the edge of the box or a chip shot from outside the box as well if the keeper moves up.

Black and Yellow: You have to play a total of 3 matches while having the FUTTIES Brandt in your starting 11.

There you go, that is all you need to know about the Dynamic Duo 4 objectives and how they could easily be completed.