FUTTIES is finally here and this kind of makes me feel sad since we normally get FUTTIES as the last promo every year. There could be one more promo but these are just rumors and nothing is confirmed yet.

However, FUTTIES are basically objectives and SBC based promo where you get your favorite players. We have the FUTTIES votes between the player and whoever wins the vote gets a special FUTTIES card with insane stats.

We are going to talk about the FUTTIES Dynamic Duo objectives here. It is a clever move from EA to make us choose between two FUTTIES players from the same team. We have Mason Mount who could prove to be an incredible box-to-box CM and we have Reese James who looks like one of the best PL right-backs in the game at the moment.

You need to go to FUT Milestones and check for the objectives called FUTTIES Dynamic Duo. In order to get them done you would have to enter the FUT Friendly mode Premier League Talent. This is how you do it : 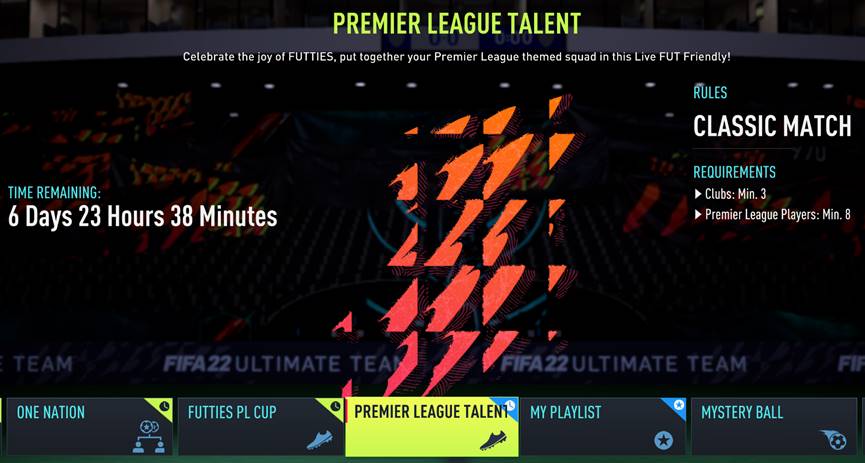 Let’s talk about the objectives and how you could easily complete them :

Finesse Kings: You have to score a total of 3 goals from finesse shots. Green timing shots would be crucial and try not to take them from inside the box. A little further out from the edge of the box would be a fine area to shoot from. Also, you can pass when you go 1 v1 with the keeper and then score a finesse in an empty goal.

Scoring Machine: You have to score a total of 15 goals. This would reward you with a FUTTIES James card which you would have to use in the next objective.

Better in Blue: You have to score with Premier League players in 3 separate matches while having the FUTTIES James card in your starting 11.

English Energy: You have to play 4 matches in total with the FUTTIES James card in your starting 11.

Well, that is all on how you can quickly complete the FUTTIES Dynamic Duo objectives for Mason Mount and Reece James.