Wondering how you could possibly get 9 Rebounds with Michael Jordan in the Jordan Challenge in NBA 2K23? Well, I will tell you how you could easily get the rebounds and complete all the objectives for the ” A Star is Born” Challenge. 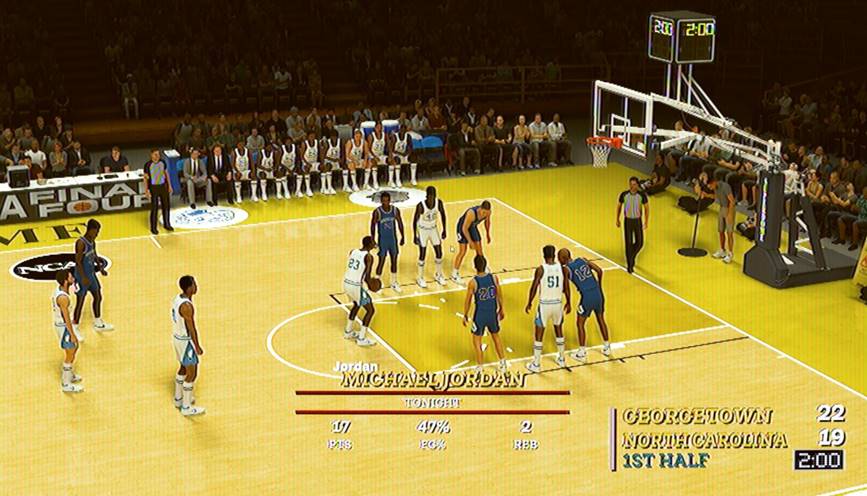 How to Get 9 Rebounds with Michael Jordan in NBA 2K23

NBA 2K23 introduces us to a new game mode where you could re-live the career of Michael Jordan as the greatest NBA player of all time. I know there could be a bit of a debate between Lebron and Jordan but we are not here for that.

I am a fan of King James myself and I still believe that Jordan is still the GOAT. The reason is simple, he has won more, he has better stats, and perhaps the most clutch player of all time. Even though Lebron played more games which could lead to average stats getting lower due to his aging but that would be a debate for some other day.

NBA 2K23 has given us a new game mode where completing the challenges gives us stars through which we could unlock in-game items. It is pretty interesting and you may want to complete all 15 challenges with all the objectives done as well.

The year was 1982 when Jordan started off as a 19 year old kid playing for North Carolina in the 1982 NCAA Champion game. 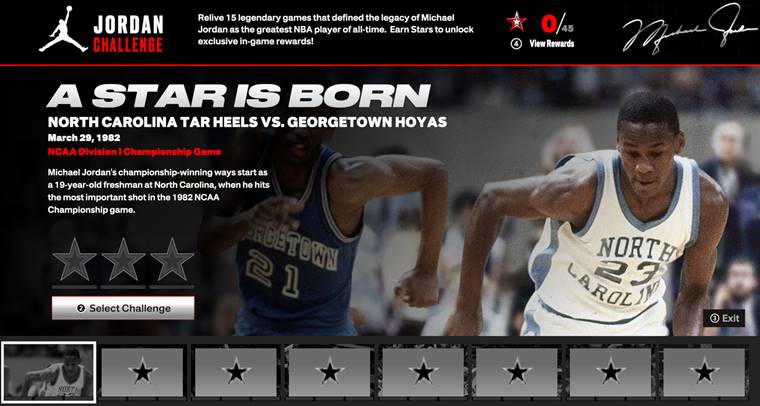 You can get 3 stars within this challenge by completing all the objectives. 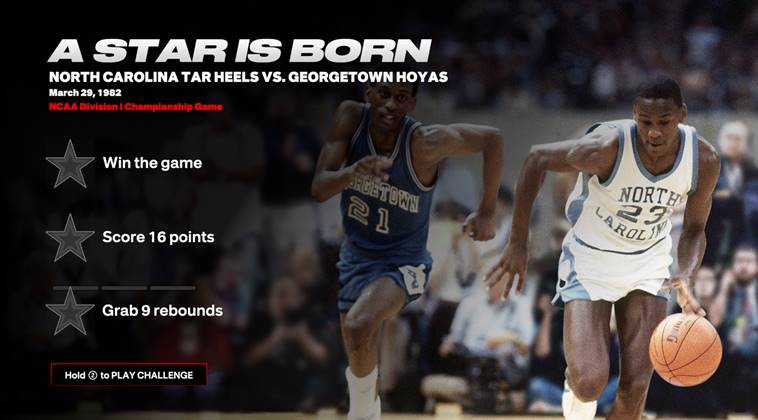 You can see here that the objectives are :

The first two objectives are pretty easy. It doesn’t matter how you score, there won’t be a shot clock so take your time, get to the hoop, and score. Jordan is really strong when you go to the hoop.

However, he is a Shooting Guard, which means he would not be grabbing as many rebounds for you. Even though he is like 6 ft 6 inches tall, he still won’t grab as many rebounds since the game is not programmed that way.

So you would have to make him grab those rebounds. How do you do that? Well, I will tell you how.

How to Grab 9 Boards Easily with Jordan in the 1st Challenge :

Let’s talk about the positions in Basketball. We have the Point Guard, Shooting Guard, Small Forward, Power Forward, and Center.  The Power Forward and the Center are normally the tallest guys on the team. They are responsible for the majority of rebounds.

A Center is normally the tallest guy on the team and plays close to the basket. This gives them more opportunities to get both Offensive and Defensive rebounds or boards. You must have understood what I am hinting at by now.

If you are not that good at NBA 2K23, this could be your easy way out.

Switch Michael Jordan’s position in-game to a PF (Power Forward) or a C (Center).  Now watch him grab all the rebounds one by one. Even though it will be difficult to defend the opponent’s C or PF but there would not be a problem in getting points back.

Another way would be to go ahead and control only Jordan defensively. Then take him underneath the basket when the opponent is attacking. Don’t just stand there or else you will get a Violation. Make sure your timing is right and you stand right underneath the basket before the tallest guy in the team could go there. This gives you a chance of grabbing that rebound.

It is a difficult task if you are new to the game but if you follow this strategy it would only make it a bit easier.