Wondering how you could be sorted to Slytherin before Hogwarts Legacy even begins? This guide will help you get sorted into the Slytherin house in Hogwarts Legacy through the Harry Potter Fan Club in Wizarding World. 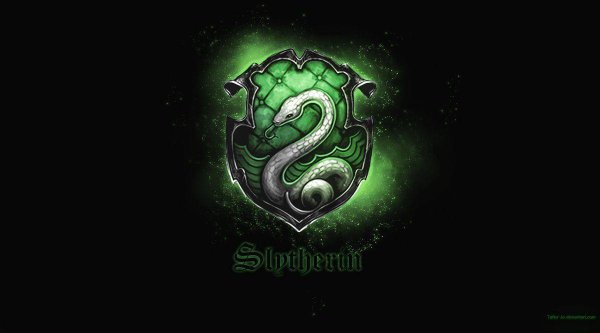 How to get Slytherin in Hogwarts Legacy through WizardingWorld

Hogwarts Legacy would release next year in February. It is perhaps the most anticipated Harry Potter game ever even though the plot takes place like a hundred years before Potter. The game looks incredible and I have started counting the days already.

This lets you be in your favorite house no matter what. You can obviously change houses later but for now, if you are that desperate to get into Slytherin, well we have just the right guide for you.

How to get Sorted to Slytherin in Harry Potter Fan Club :

Slytherin was founded by Salazar Slytherin. The emblematic animal of the house is a snake and the house colors are green and silver. The Sorting Hat would sort people based on their characteristics to the respective houses.

For Slytherin, one needs to be “ambition, resourcefulness, determination, and cleverness”.

This does not necessarily mean evil but anyone who knows what is good for him takes advantage of the situation to benefit himself. Anyone who is clever or shrewd you can say. This is what makes Slytherin a very interesting house in Hogwarts

Wizarding World allows you to link your WB account with their account. And you would be able to be in the same House and use the same personalized Wand in Hogwarts Legacy. Also by doing so you would be able to unlock the new House Fan-atic school robes and also the Beaked Skull Mask for the game.

Check out our guide on how you could link accounts and unlock the Fan-atic robes and the Beaked Skull mask. 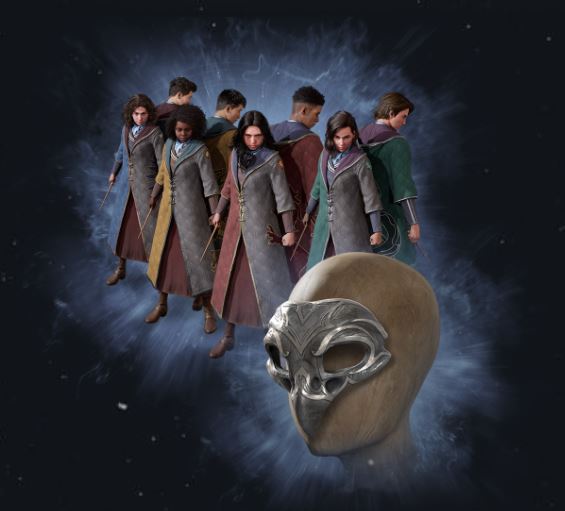 As for the sorting process, you would just need to answer a few questions in the Harry Potter Fan Club.

The answers would determine your personality, based on which you will be sorted into your house.

2) If you were Attending Hogwarts which pet would you take with you?

3) Once every Century the Flutterby Bush produces flowers that adapt their scent to attract the unwary. If it lured you it would smell of ?

4) How would you like to be known in History?

5) Late night, walking alone down the street. You hear a peculiar cry which you believe could have a magical source. Do you :

Select —> Draw your wand and stand your ground.

6) If you could have any power which would you choose?

Select —> Power to change the past.

7) A Troll has gone berserk in the Headmaster’s study at Hogwarts. It is about to smash, crush and tear several irreplaceable items and treasures. In which order would you rescue the Item from the Troll’s club, if you could?

10) What kind of instrument most pleases your ear?

11) What are you most looking forward to learning in Hogwarts?

12) Which road tempts you the most?

13) Which of the following would you most hate people to call you?

17) After you die, what would you most like people to do when they hear your name?

Select —> I don’t care what people think of me after I am dead. It’s what they think of me while I’m alive that counts.

18) A Muggle confronts you and says that they are sure you are a witch or a wizard. Do you :

Select —> Agree and ask whether they’d like a free sample of a jinx.

19) You have entered an enchanted garden what would you be most curious to examine first :

Select —>A bubbling pool, in the depths of which something luminous is swirling.

20) Four boxes are placed before you. Which would you try and open?

Select —> A gleaming jet-black box with a silver lock and key, marked with a mysterious rune that you know to be the mark of Merlin.

21) Given the choice, would you rather invent a potion that would guarantee you :

22) One of your housemates has cheated in a Hogwarts exam by using a Spell- Spelling Quill. Now he has come top of the class in charms. beating you into second place. Professor Flitwick is suspicious of what happened. He draws you to one side after his lesson and asks you whether or not your classmate used a forbidden quill. What do you do?

Select —> You would not wait to be asked to tell Professor Flitwick the truth. If you knew somebody was using a forbidden quill, you would tell the teacher before the exam started.

23) Which of the following you find most difficult to deal with?

24) Which of the following would you most like to study?

25) Which nightmare would frighten you most?

Select —> Being forced to speak in such a silly voice that hardly people understand you and make fun of you.

27) You and your friend need to cross a bridge guarded by a river troll who insists on fighting one of you before he will let all of you pass. Do you :

Select —> Suggest that all three of you should fight (without telling the troll).

28) Four goblets are placed before you. Which would you choose to drink?

Select —> The mysterious black liquid that gleams like ink and gives off fumes that make you see strange visions.

You will not get all the questions but a selected few from here. You have to get most of your answers that say you are a Slytherin and you will be sorted to that house.

Once you have your house you only need to get your wand and then link your accounts to get the goodies.

I hope the guide was helpful. Please let us know in the comments section down below. Feel free to discuss what house you belong to. Also keep following FPS Index for more guides and content related to Hogwarts Legacy.