The all-new Hogwarts Legacy is all set to be released this year and will be available on the following platforms—PlayStation 5, Xbox Series X/S, and PC on the 10th of February. It releases on the 4th of April for PlayStation 4 and Xbox One and on the 25th of July for Nintendo Switch.

With you being able to create, we know that a lot of you are excited to set your feet inside Hogwarts and begin your journey in the Wizarding world. You all must also be wanting to know what kind of a game Hogwarts Legacy is. Whether the game is a life sim where you would have scheduled classes or if it will be an MMO where you and your friends, or wizards and witches, would solemnly swear to be up to no good? Here is all that you need to know about the game Hogwarts Legacy’s genre. 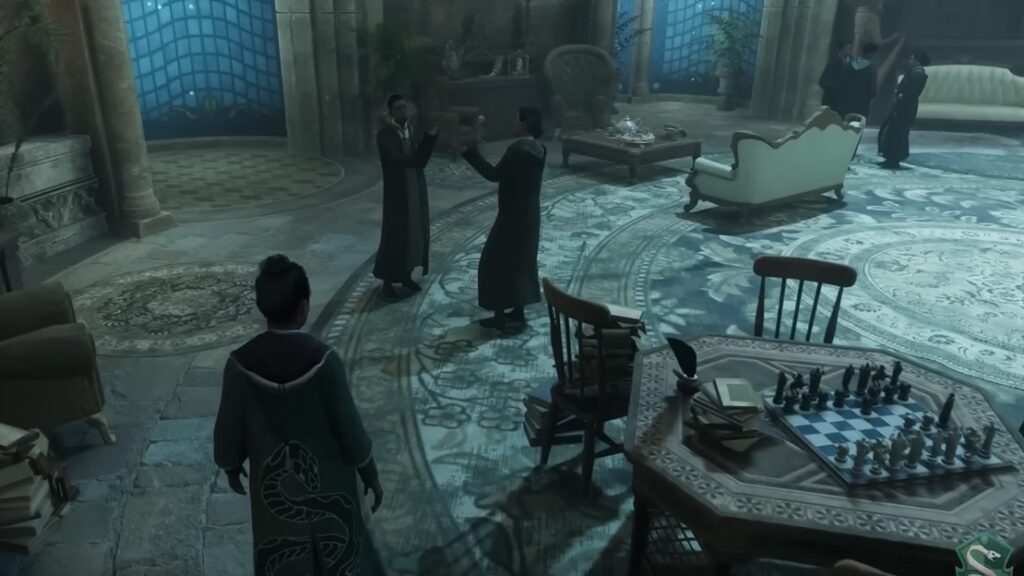 Is Hogwarts Legacy a MMO?

So far, from the game’s gameplay showcase, we can figure out that it is an action/adventure game. Like Destiny 2 or World of Warcraft, sadly, it won’t be an MMO like them, which would have been rather amazing.

Alternatively, it is not going to be a life sim either where you can date other students and attend your classes. If you want to understand what kind of game it would be, then think of it more along the lines of being like Horizon Zero Dawn or Red Dead Redemption 2 kind of game.

Although the game will not have the multiplayer feature and will be focusing less on the Hogwarts element, the key is the main story. The game features a completely new and original story that is not anywhere near any of JK Rowling’s Harry Potter books. In the game, you can choose the house that you go to, and your character, and also, you can harness the deathspell, Avada Kedavra, and turn to Dark Magic.

The game will feature an enormous open world for you to roam around in, both inside Hogwarts and outside it. Plus, you are free to explore everywhere. The game also has the feature of a beast rescue farm where you can create and customize your very own headquarters. Even though the game is tagged as an action/adventure, it sure does have a lot of tricks and treats up its sleeve that would unravel soon as the release gets close!

That is all there is to know about whether Hogwarts Legacy is an MMO or not. Stay tuned for further updates!

Shoaib, 30-year-old, is a passionate gamer who has been playing video games since he was seven years old. With 22 years of experience as a gamer, Shoaib can safely claim to have played almost every AAA game released in the world. An MBA graduate from an esteemed university, Shoaib’s love for gaming inspired him to pursue his long-term career as a Gaming Journalist. Apart from playing various games and exploring new cuisines sporadically, he also has over five years of experience in creating and managing gaming websites. With his vast knowledge and enthusiasm for gaming, Shoaib has been able to guide many new gamers into getting better at their favorite titles by providing them with valuable tips and tricks on his website that help them become more experienced players. His contributions to the industry have earned him recognition amongst gamers all around the globe.