Is it True???? Will there be a Kombat Pack 3 with new DLC Characters ? Are we actually getting Ash Williams? Lets find out 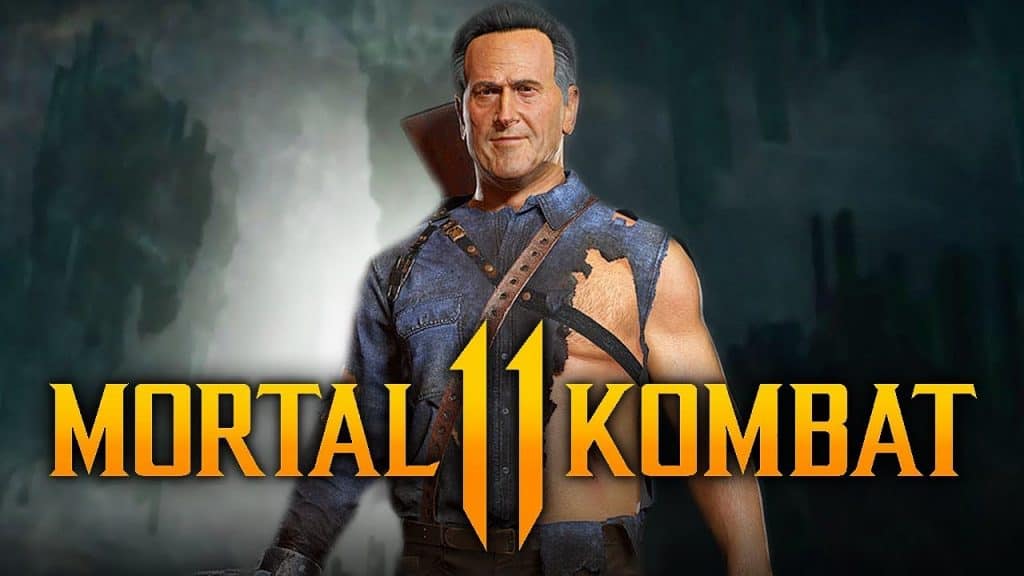 A lot of Questions fill up our minds as the current Raiden voice actor Richard Epcar had accidentally spilled the beans on Bruce Campbell being a part of the new Kombat Package in a live stream.

“Bruce Campbell will be in Mortal Kombat , thats right he is going to be part of the new package” are the exact words the voice actor had said.

This could probably mean we could get Ash Williams as a future DLC character. Or maybe Bruce Campbell could be doing an announcer’s job or maybe voice acting for another character . For certain we are yet to be completely sure about anything related to a new Kombat pack or its DLC Characters.

Speaking of which there had been rumors about Kombat pack 3 and new DLC characters. trust me there are a lot of characters that go in the wish list . Here are some of the few characters we would want to see make their way in the current roster.

Perhaps Mileena and Havoc are the ones who might probably make their way into the roster but this is just a prediction and not a spoiler .

Another fan favorite is Smoke whom I would personally want to see in Mortal Kombat 11 . Smoke had some amazing flashy combos in the previous installments and with the advanced game mechanics of MK 11 combined with it visual depth , I am pretty sure Smoke would be our favorite ninja in no time.

However for now all we know is that Bruce Campbell could be a part of  a new pack. Ash Williams was supposed to a part of Kombat pack 1 but for some reason it got cancelled. So he is more likely to be an upcoming DLC character.

That is it for now , keep playing and enjoy the game.